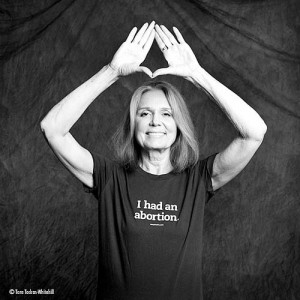 In the mind of the pro-abortion activist, it is not enough for abortion to be legal. Rather, widespread availability of this hideous, child-killing procedure is a matter of “reproductive justice”. While to the pro-life activist, even one abortion is an injustice, to the pro-abortion activist, even one abortion procedure denied is an injustice. So it is with a call for more abortions at the feminist website ‘Feministing‘. [Emphasis mine.]

As so many of us in the reproductive justice movement keep repeating, legal abortion is meaningless if the procedure is inaccessible. And a shortage of providers definitely means limited access. […]

[…] There are efforts underway to encourage teaching the procedure to medical students. We need more of this. We need current providers who are willing encourage students to learn the procedure and then willing to train them.

“Reproductive justice movement” is a term used for what would more accurately be called “the Church of Unlimited Abortion”.

Justice is “the quality of being just; righteousness, equitableness, or moral rightness: to uphold the justice of a cause.” In the Bible, “justice” is defined in terms of God’s justice, and so the moral rightness of an individual depends upon how closely his actions are in keeping with God’s definition of moral rightness. In Plato’s Republic, we find a debate about the “goodness” or “evil” of justice and injustice. Truly, “justice” has for ages, if not forever, been considered in terms of morality and immorality.

What is a “movement”?

In the context of the article at Feministing, the word “movement” would be best defined as “actions or activities, as of a person or a body of persons.” A “justice movement”, then, is best defined as a “body of persons” working together for what they deem to be “moral rightness”. In like manner, the “Church” is defined as “the whole body of Christian believers” or “Christendom”.

What is “reproductive justice” to the pro-abortion movement?

According to a new post at Feministing called “We need to support and encourage new abortion providers”, “reproductive justice” requires unlimited access to abortion.

As so many of us in the reproductive justice movement keep repeating, legal abortion is meaningless if the procedure is inaccessible. And a shortage of providers definitely means limited access.

Any one thing which “limits access” to even one abortion in any way is “injustice” (not morally upright) to the “reproductive justice movement”, and so, the “movement” is called upon by the high priestesses at Feministing to help to “remedy” this “injustice”. The members of the “Church of Unlimited Abortion” are called forth to bring to “fruition” the mission of ensuring that child-killing continues unabated.

As a Catholic, I understand my duties to bring about mercy in the face of injustices in the world. We Catholics refer to these duties as “Works of Mercy“. They include, among other things, instructing the ignorant, ransoming captives, visiting the sick, and feeding the hungry. The words “Body” and “Choice” have profound meaning to me in the context of my Catholicism, just as they have profound meaning to those in the “Church of Unlimited Abortion”.  When all is said and done, these two “churches” — Christendom and the “Church of Unlimited Abortion” are the same…except that one really is “morally upright” and the other represents the ultimate injustice.

Only one of these two sides can be right. The other is fundamentally wrong.