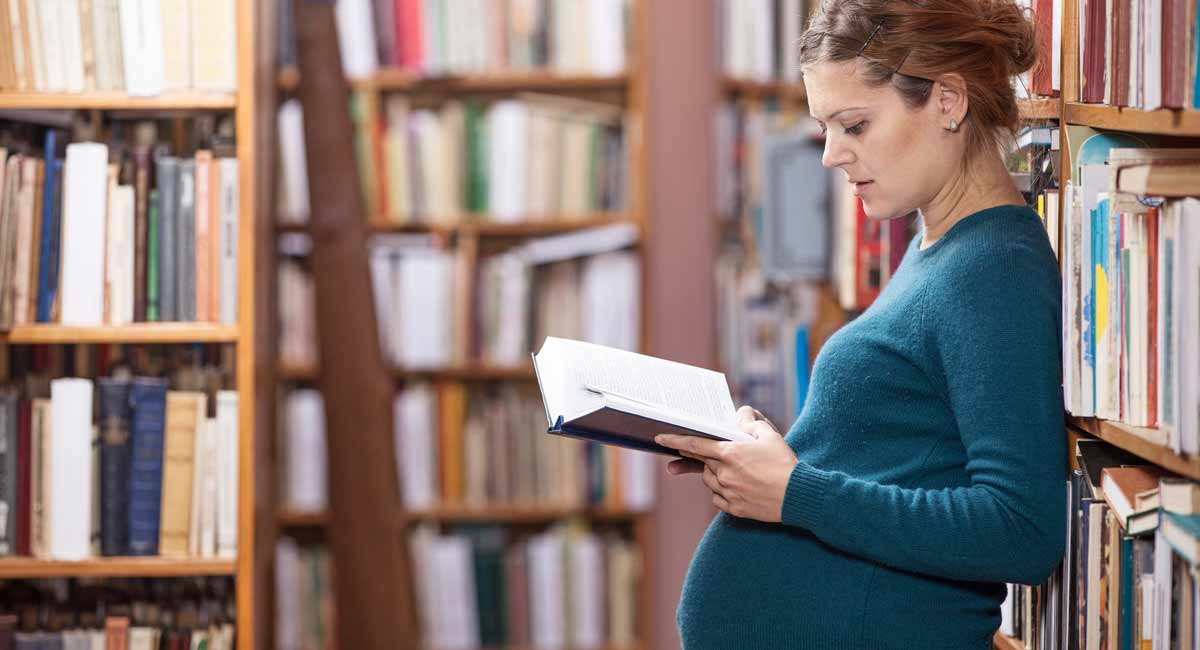 (Pregnancy Help News) Most of the women who visit the Pregnancy Resource Center of Addison County in Middlebury, Vermont, are not looking for abortions. Instead, they’re seeking pregnancy tests, parenting support, and material help. But a feminist studies course at a local college is leading students to believe this center is waging a full-scale war on Roe v. Wade and just about any woman who might so much as think the word “abortion.”

In her course, “The Politics of Reproduction: Sex, Abortion, and Motherhood,” Middlebury College professor Carly Thomsen assigns a slew of biased course materials that teach students about the supposedly “deceptive” practices of life-affirming pregnancy help centers.

The apparent intention of these diatribes? To ban pregnancy help centers from campus—a feat Thomsen accomplished with other students at the University of California Santa Barbara in 2012.

While at UCSB, Thomsen served as the “proud Adviser to End Fake Clinics,” a pro-abortion student organization which coordinated on-campus talks, film screenings, workshops, and flyers to promote abortion.

Writing at FeministCampus.org in 2013, Thomsen said the group collected nearly 2,000 signatures in support of banning pregnancy help centers from advertising on campus.

“Their efforts resulted in a bill passed by the UCSB Associated Students’ Legislative Council that restricts any group under the jurisdiction of the student government from advertising on behalf of crisis pregnancy centers,” she wrote. “UCSB is one of only a few schools to pass such a ban and is providing a model for other universities to follow suit.”

And Thomsen is making sure of that.

Now, her students at Middlebury College are following the UCSB blueprint, peddling a petition to ban the Pregnancy Resource Center of Addison County from campus. As of October 2018, the students had collected 240 signatures, according to an op-ed published in the school paper.

Currently, the pro-life center’s involvement on campus is minimal. The organization has operated a booth at the school’s student activities fair and shared some educational materials with the health center. But Joanie Praamsma, executive director of the Pregnancy Resource Center of Addison County, says she’s hoping to reach more students as they continue to grow. 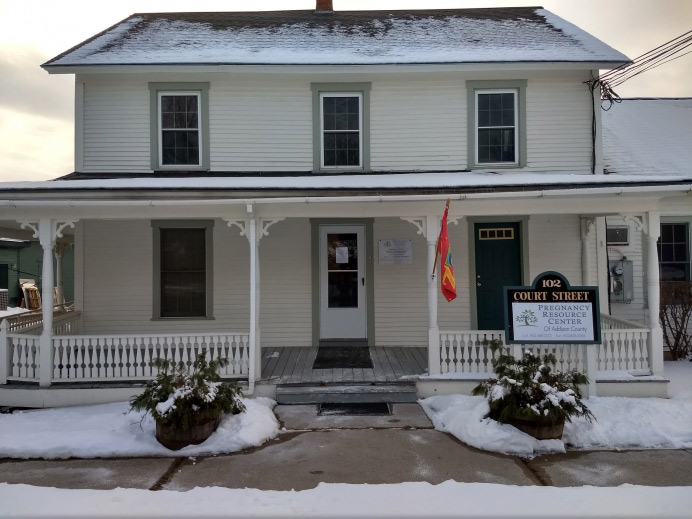 And while the students’ activities have not affected their current work, they could impede the center’s growth.

“It’s not really impacting what we’re doing right now, other than—we’re not reaching the women that we’re trying to reach,” said Praamsma. “And it’s not going to help at all.”

In an effort to share the truth about her work with the students, Praamsma contacted Thomsen, offering to do a Q & A session in her class. Although it would have been the perfect opportunity for Thomsen and her students to expose Praamsma for her supposed “lies,” Thomsen declined, indicating that she did not allow outside speakers into her classroom.

Her course syllabus, which features two days in which outside speakers were invited, shows otherwise.

The syllabus also offers a small glimpse into the kind of professor Thomsen says she is striving to be: One who advances “complicated civil discussion,” even if it challenges “ideologies that many of us hold dear.”

Under a section on “trigger warnings,” she says:

Like many other critical feminist and queer studies scholars, I do not give trigger warnings in my classes. I find the production of students as incapable of responding to their own affective states to be dangerous. What is considered “triggering” is constructed, and, furthermore, trigger warnings have been and continue to be deployed to shut down complicated civil discussion and related social action. Feeling affectively moved by material is not cause for concern, but, instead, might be an impetus for reflection, analysis, and action.

In other words, Thomsen welcomes intellectual challenges and opposes the notoriously sensitive overreactions that have been used to muzzle dissenters and inhibit dialogue on many college campuses. Yet when faced with the chance to present an alternative viewpoint to her students, she rejected it. When given the opportunity to foster civil discussion, she dismissed it.

For Praamsma, who is trying to build bridges, the response was disheartening.

“It’s definitely frustrating,” she said. “They won’t talk to me. They won’t actually find out what we do.”

Praamsma’s encounter with Thomsen isn’t the first time she’s attempted outreach to a local abortion advocate. In fact, last year, she tried to purchase a former Planned Parenthood outpost, finally bypassing the realtor to speak with the abortion provider directly.

“I said, ‘I’d like an opportunity to talk with you as a first step, because I looked at your mission statement online and looked at ours, and there shouldn’t be a reason you couldn’t sell to us,’” Praamsma told Pregnancy Help News last year. “And they just said, ‘We’re not selling to you.’”

Eventually, Praamsma found a way around them—or rather, over them—when the center ended up buying the space directly above the former Planned Parenthood office.

Since then, Praamsma has been incrementally increasing her center’s presence in Middlebury. Now, they receive about 20 client visits each month. While the center does hope to reach women considering abortion, currently, its clientele is most interested in parenting support.

As Praamsma strives to maintain her relationship with Middlebury College, she continues to seek opportunities to share the truth in her community. At a feminist film screening this fall, she bravely picked up an open mic to patiently introduce herself and explain her center’s services—right after the director of the Middlebury College Feminists’ Resource Center finished bashing her organization’s work.

Despite the hostility Praamsma has faced, she is hopeful about her center’s future. In November, she read a story at Pregnancy Help News about a New York college’s refusal to boot a fellow pregnancy help center from campus.

“We must remain viewpoint neutral and even handed when we make determinations [regarding guests],” Mike Patterson, a spokesperson for SUNY New Paltz, told the school paper.

“If we had a Planned Parenthood, then it is only fair to have The Bravo Center,” Patterson said. “It protects the interests of those students that might want this. That means you’re going to have different viewpoints and ideologies.”

Patterson’s perspective sounds an awful lot like the one Thomsen presented in her syllabus. The key difference, of course, is that Patterson put his words into action, allowing the local pregnancy center to stay.

If Middlebury College is unafraid of differing viewpoints and truly concerned about the interests of women, it will do the same.