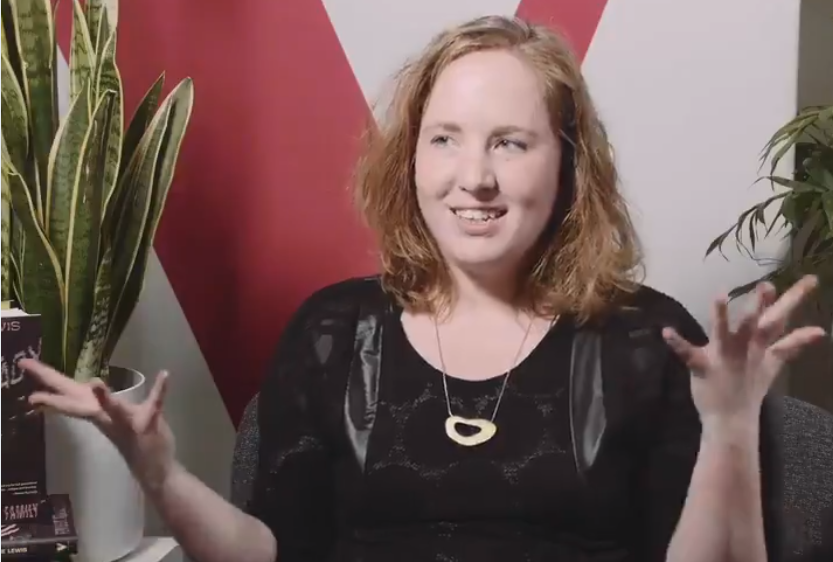 She opens by saying:

We’re facing a really terrifying attack on abortion. … In the past, the strategies that our side has tended to use has included a kind of ceding of ground to our enemies. … we say, “Luckily it’s not killing, luckily it’s just a healthcare right.” We have very little to lose at the moment when it comes to abortion and I’m interested in winning radically…

When Lewis says that “we have very little to lose,” she may be referring to the fact that pro-life laws are being passed in multiple states and over half the country wants to overturn or modify Roe v. Wade. She seems to be saying that it no longer matters if abortion advocates admit in public that abortion is killing.

Lewis goes on to say:

I am not interested in where a human life starts to exist. I see the forms of making and unmaking each other as continuous processes. The other end of the spectrum is learning to die well and hold each other and let each other go at the end of our lives as well as the beginning.

Abortion is a form of necessary violence. We need to move away from arguments designed to placate our enemies, and defend abortion as a right to stop doing gestational work | @reproutopia

Sophie Lewis is the author of Full Surrogacy Now: Feminism Against Family pic.twitter.com/qntnD2Zb3Z

This sounds ominous. Does Lewis also support killing people who are old? What does she mean by “unmaking each other?” Clearly, she feels that people have a right to kill others. Does this extend to anyone else in addition to the preborn and the elderly?

But looking at the biology of the hemochorial placentation helps me think about the violence, that, innocently, a fetus metes out vis-a-vis a gestator. That violence is an unacceptable violence for someone who does not want to do gestational work. The violence that the gestator metes out to essentially go on strike, or exist that workplace, is an acceptable violence.

So abortion is acceptable violence because the baby is violent against the woman? Poisoning or dismembering a child is justified because the child is doing violence to the women simply by being there? Pregnancy is not violence; it is a natural state. It is how each of us got here, and has been since the beginning of the human race. It is the way mammals reproduce. How many mothers would be shocked by the idea that their preborn babies were really engaged in a violent attack against them?

Lewis also seems not to realize that it is not the baby that causes the pregnancy. The baby does not choose to take residence in the mother’s womb. The mother and father put her there while engaging in a consensual act. Pregnancy is caused by sex, and just about every person who is able to get pregnant knows this. The baby is not invading the mother and forcing her to meet his needs. Rather, she and her partner have created the baby, and are therefore responsible for him being there. Non-consensual sex is involved in less than 1% of all abortions.

It seems like more and more pro-abortion activists are admitting what most people really know deep down: that abortion is killing babies.