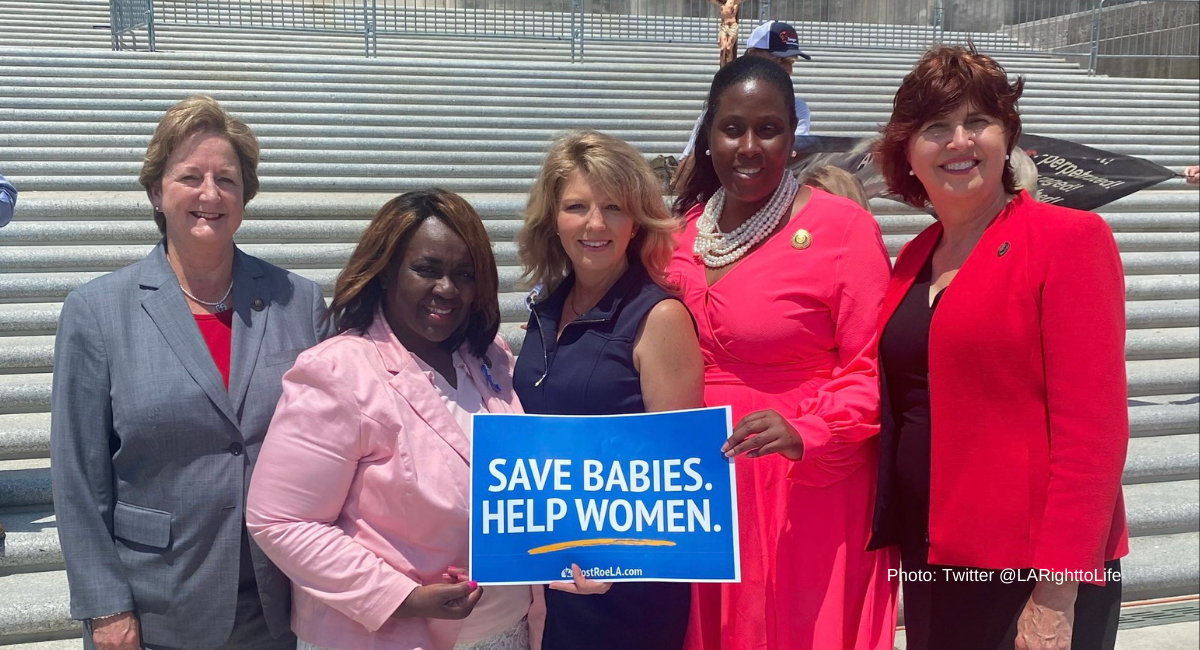 Every single current female senator in Louisiana is pro-life. All five women — three Republican and two Democrats — appeared at a pro-life rally at the State Capitol last Tuesday.

“We’re women supporting women and babies as we near a historical milestone,” said Democratic State Senator Katrina Jackson alongside Sens. Sharon Hewitt (R), Heather Cloud (R), Regina Barrow (D), and Beth Mizell (R). Jackson was the author of an amendment to the Louisiana Constitution declaring that there is no right to an abortion or state funding of abortion. It was approved by voters in 2020.

This year, Sen. Hewitt introduced Senate Bill 388, which would restrict the distribution of the abortion pill without a prescription. Any company that would sell the two abortion pill drugs — mifepristone and misoprostol — without a prescription could face criminal penalties, but women would not. It has already been approved by the Senate and is expected to pass the House as well.

“We do think of it as a bipartisan issue on which we can all agree in our caucus,” Sen. Hewitt said. “It’s exciting that both sides of the aisle understand the importance of saving babies and protecting mothers.”

Meanwhile, Sen. Barrow herself said she almost had an abortion when she was younger and went to an abortion facility before changing her mind. “I’ve walked that walk,” she said. “Early on I experienced some ridicule from within my party but I’ve held fast to my belief. I think of my wonderful daughter now — she’s 37 — and I can’t imagine having gone through with that abortion.”

Sen. Cloud noted that the government will have to take steps to support women and babies. “One of the most important things we need to do now is to have a safe place for all of these women to land,” she said. “The cause will go on but it will take a different shape. That’s going to take a financial commitment.”