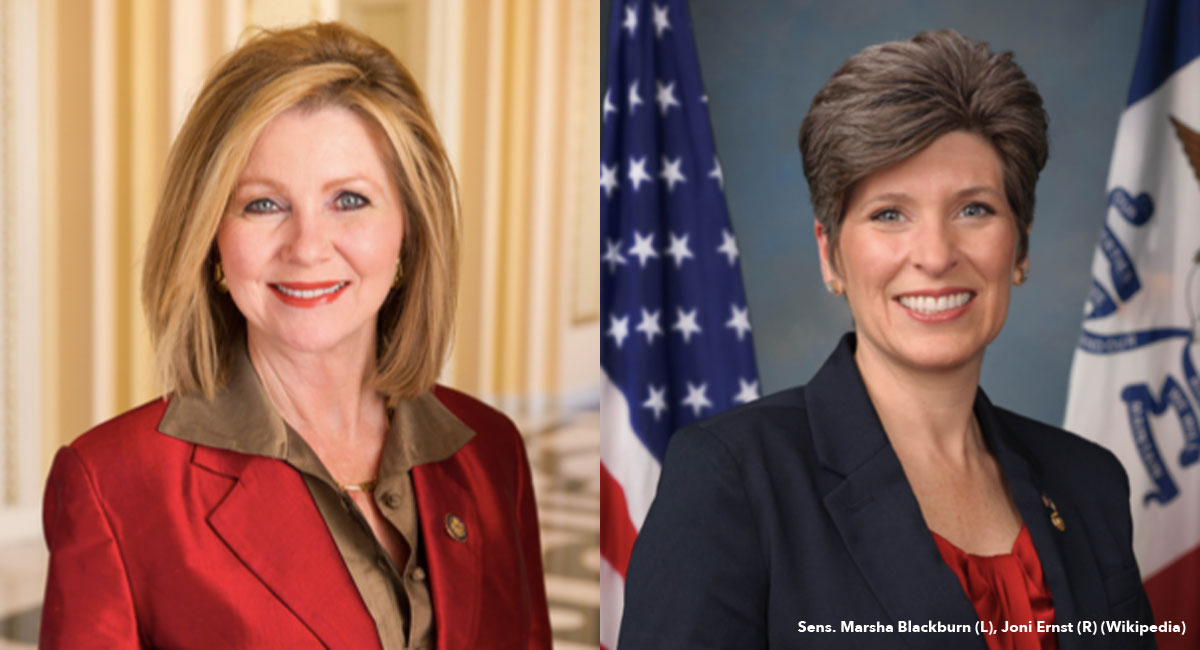 Two pro-life female senators have been appointed to become the first Republican women to serve on the Senate Judiciary Committee when Congress reconvenes this week, according to POLITICO. The appointments of Senator Marsha Blackburn of Tennessee and Senator Joni Ernst of Iowa may help to quiet criticism that all GOP members on the committee previously have been men. The committee is responsible for judicial appointees, including those for the Supreme Court. The Judiciary Committee has had a Republican majority in recent years and as a result, has voted to confirm pro-life judges.

Blackburn and Ernst are strong in their anti-abortion convictions, chipping away at the pro-choice false narrative that the pro-life movement is mainly comprised of men who are anti-woman. In truth, many of the pro-life movement’s leaders are women. As IJR.com recently pointed out, “… [T]he vast majority of major pro-life organizations in the United States are led by women, including Lila Rose of Live Action, Jeanne Mancini of March for Life, Abby Johnson of And Then There Were None, Penny Young Nance of Concerned Women for America, Kristan Hawkins of Students for Life, and Catharine Glenn Foster of Americans United for Life. Some of the most prominent pro-life voices in the media are women as well.”

Both Blackburn and Ernst have 100 percent pro-life voting records. Blackburn is extremely vocal about her anti-abortion stance, leading a House panel investigation on Planned Parenthood’s participation in the alleged trafficking of aborted fetal remains. She also played a major part in passing the 2013 Pain-Capable Unborn Child Protection Act. Susan B. Anthony List has called her “one of the foremost and fearless leaders of the pro-life caucus.”

Ernst pushed legislation to defund Planned Parenthood, and her home state of Iowa banned abortion after a fetal heartbeat can be detected at about six weeks gestation. That law is currently on hold, as a judge has temporarily blocked it.

“Everyone knows Republicans need women on Judiciary,” Marilyn Musgrave, the vice president of Susan B. Anthony List, told POLITICO. “It will take away the critics asking, ‘Where are the women?'”

However, not everyone is happy to see women being appointed to the Judiciary Committee. The pro-abortion group NARAL Pro-Choice America does not consider the appointments of pro-life women to the committee to be pro-woman. The group voiced its disappointment that women with opposing viewpoints to their own should be given a voice. VP of Communications for the organization, Adrienne Kimmell, lamented the fact that pro-lifers Blackburn and Ernst will now have “more of a microphone.”