Secular Pro-Life shared a post on Facebook today, featuring screenshots of responses to a tweet by The Federalist’s Ben Domenech (husband of Meghan McCain), asking what moment made strongly pro-life people become that way.

Everyone who is strongly pro-life has a moment that made them feel this way. What's yours?

The entire thread is definitely worth a read, but Secular Pro-Life shared some of the most compelling responses that they found, and the reasons for becoming pro-life vary widely. Be sure to click through them all. Below are larger screenshots of just some of the photos…

Some people noted that clearly seeing or learning about the humanity of the child in the womb was what made them solidly come down on the side of life: 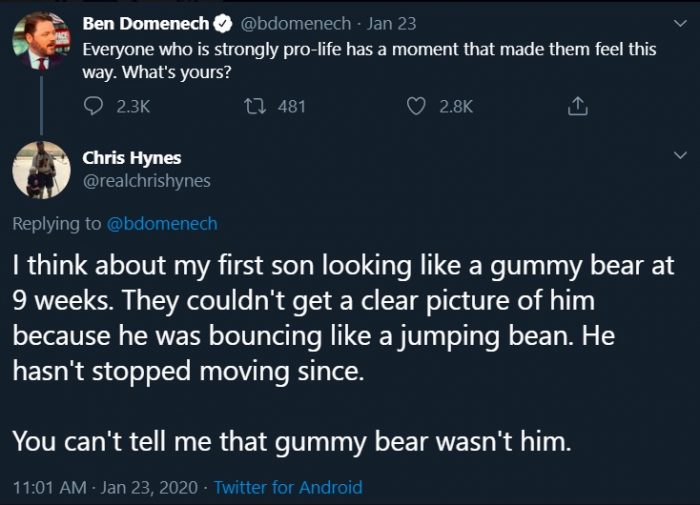 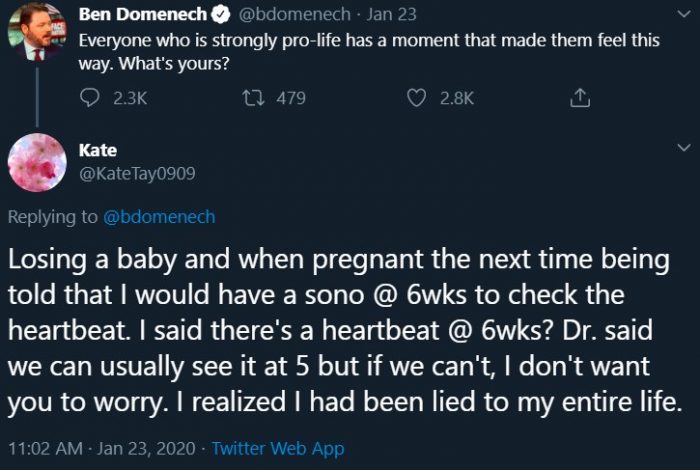 One mentioned how parents of children with disabilities were told to abort, yet those parents refused, and that made an impression on her: 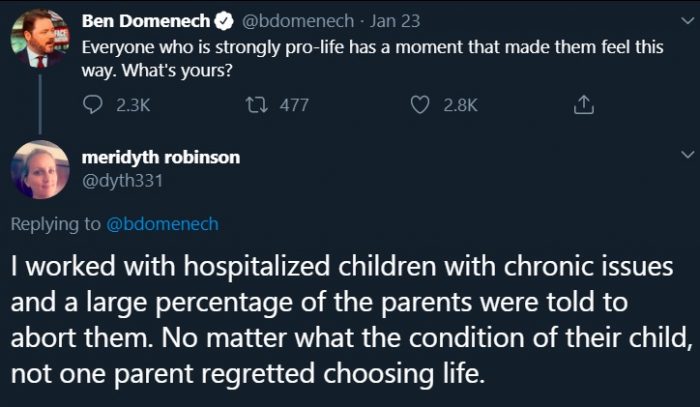 One person said she dressed premature babies who didn’t make it, and that made abortion unfathomable to her: 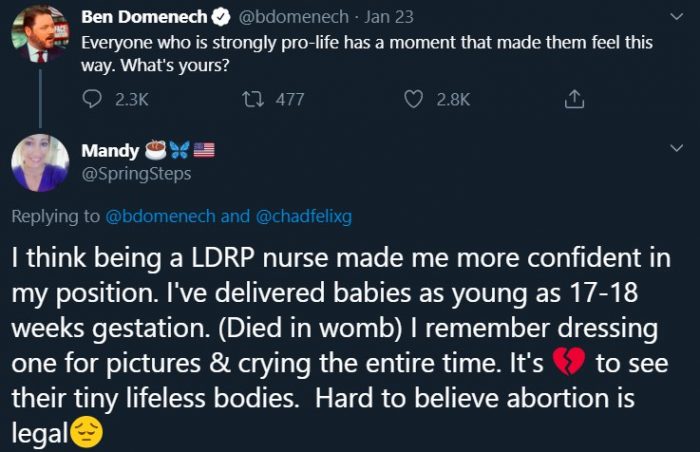 One found out what was involved in abortion, and it “horrified” her, so she refused to abort her son: 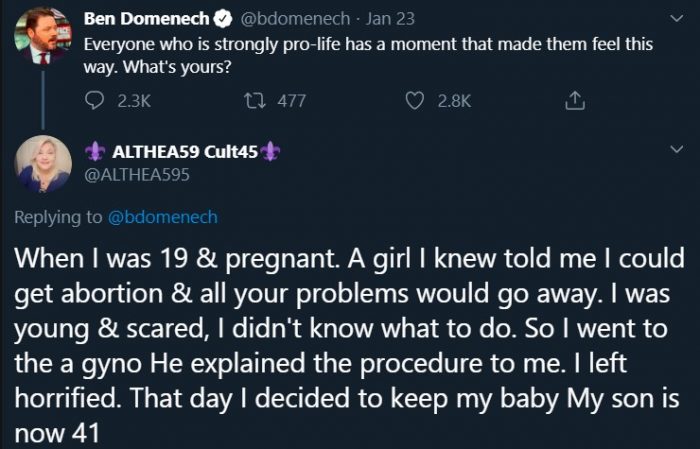 The pro-choice crowd’s “celebrating” of abortion turned one man from pro-choice to pro-life, and others stated it was the support for late-term abortion that caused the switch: 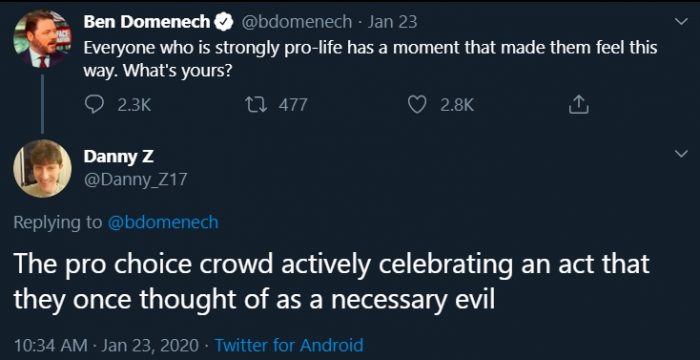 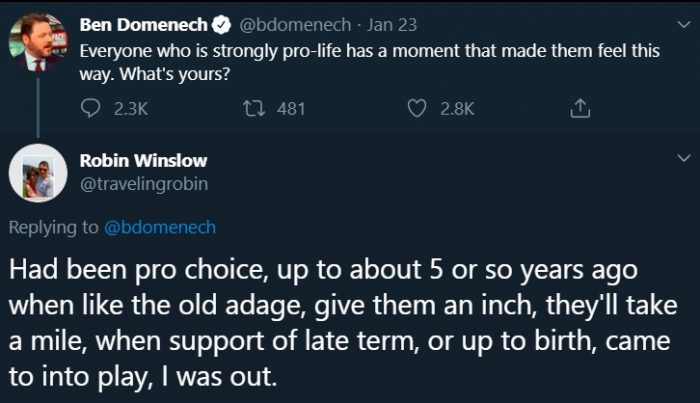 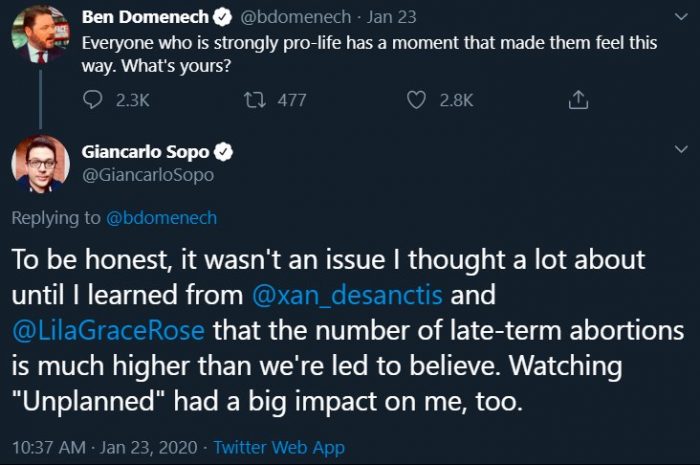 This woman’s mother had an unplanned pregnancy — her — and told her “it wasn’t my life to take.” Learning embryology later sealed the woman’s own pro-life position: 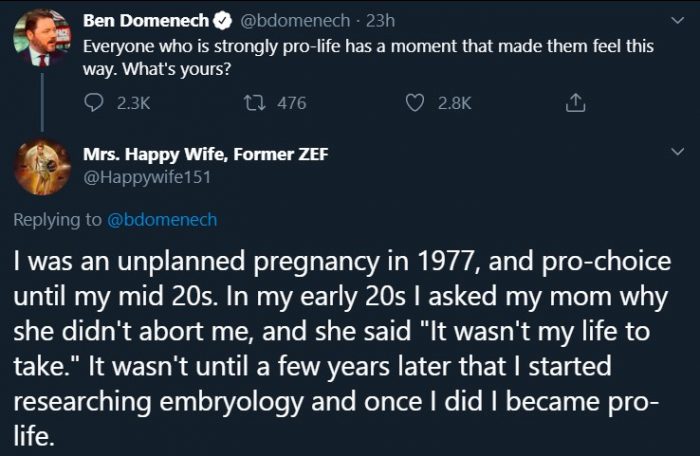 This woman’s mother refused to abort even though she was told her daughter would have birth defects. She actually had none: 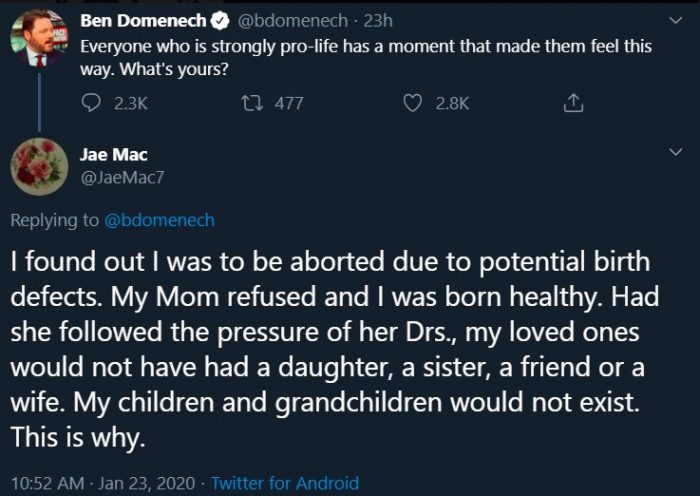 Observing the reality of abortion regret multiple times was what led this woman to become pro-life: 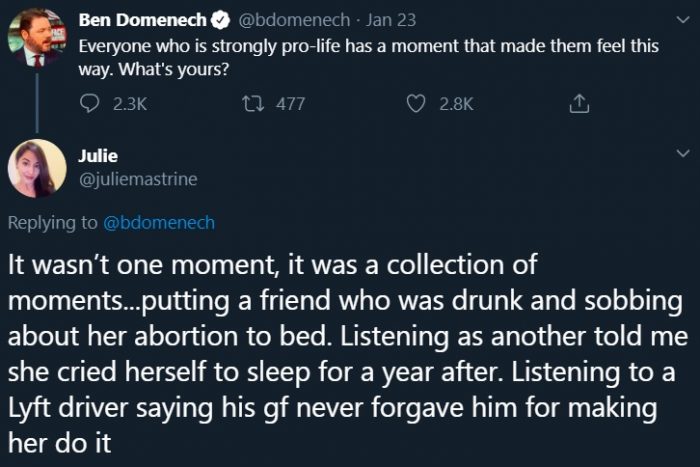 And, for some of us, it is seeing an actual abortion procedure, and the broken bodies of the children who are destroyed, that has caused us to become pro-life: 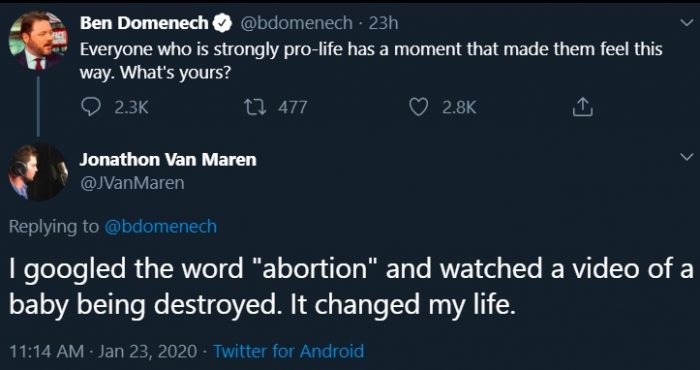 Abortion is barbaric. It takes the life of a human being, and frequently leaves those who participate in the act with trauma and pain for years afterward. For each of us, there comes a point of decision: will we support the taking of innocent human life, or will we stand against it and seek to protect it?