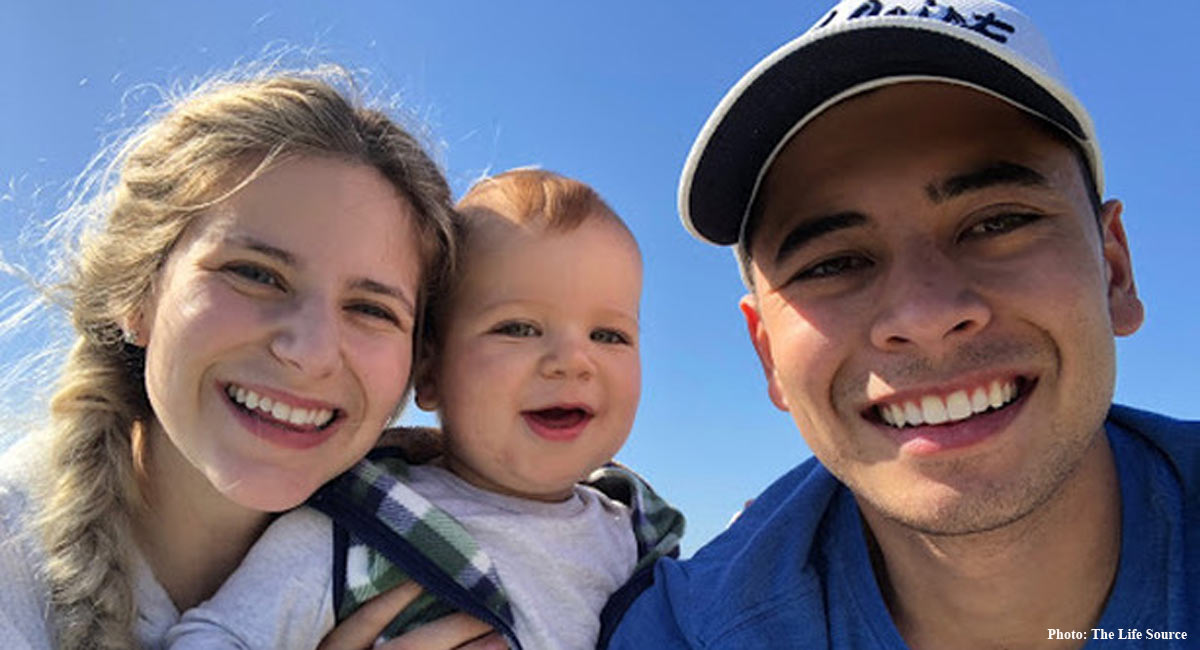 “Congratulations! I am so excited for you!” my sister quietly said, tears in her eyes. I leaned against the wall of the CVS bathroom and took a shuddering breath, looking at those two telltale pink lines on the pregnancy test, trying to convince myself it was a dream or some kind of hallucination. The room seemed to spin around me, and I felt as though the wind had been knocked out of me. Excited??? No, I didn’t feel my sister’s excitement. “Promise me you won’t tell anyone,” I begged.

Like most 19 year olds, I wasn’t planning on getting pregnant. Maybe someday in the future… when I’m financially independent, married, and have already had my fun and travelled the world – then I can think about it. But right now? Hell no.

READ: An unplanned pregnancy changed this drug-addicted mom’s life for the better

2017 was supposed to be the year I got my sh*t together. 2016 had been too crazy. I had attempted suicide, dropped out of college, moved across the country for treatment for 7 months, and finally conquered an eating disorder that had ravaged my life since my early teens. 2017 seemed off to a great start – I was happy and healthy for the first time, and planning on going back to college. I had a new job, a new boyfriend, and things were finally getting on track.

But now this? a baby? What was I supposed to do with a baby?

“What are you going to do?”

“That’s amazing. You are a badass.”

“Whatever you decide to do – I support you.” 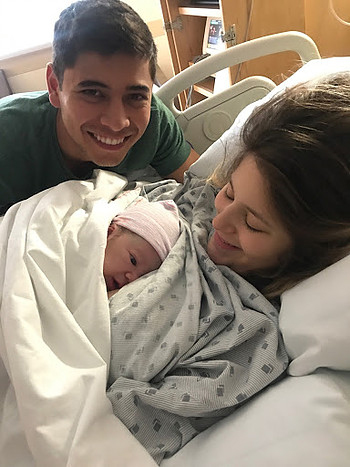 READ: How my unplanned pregnancy at 39 taught me the power of faith over fear

Yet I knew I would regret having an abortion. What right did I have to make the decision to end another person’s life? I had talked to women that had – and they had such heartbreaking stories to tell. Stories of regret, of feeling powerless, of being afraid.

I was so afraid.

Much of my life, I had made decisions in fear, and it had gotten me nowhere. Fear of others’ opinions had turned me into an actress, pretending to be someone I was not. Fear of feeling my emotions had caused me to find any excuse to numb myself. Fear of hurting others’ feelings had kept me spiraling in codependent and unhealthy relationships. Fear of life itself had consumed me, and I had spent so much time running from reality.

I had learned over time that decisions made in fear are the decisions we regret.

This time, I had to make a decision out of love. Love for myself and love for the tiny human growing inside me.

I considered adoption. For months I sifted through profiles on adoption agency websites. I talked to people I knew that had adoptive parents. I learned everything I could. I even found a couple who seemed perfect, but I chose to wait until I was absolutely sure, and one month away from my due date, before contacting them.

For most of my pregnancy, my relationship with my boyfriend struggled. When we began our relationship, we hadn’t thought about the future. We were living in the moment, having fun and enjoying life. But there we were, suddenly faced with not only our future as a couple, but the future of our child. I moved in with him, we fought, I moved out, we made up, I moved back in. We went to therapy together. We learned (and are still learning) how to communicate and compromise. After 6 months of uncertainty, we decided to commit to each other and to our child, and be a family, come what may.

After 39 weeks of morning sickness, exhaustion, and emotional turmoil, followed by two days of labor, our son was born at 11:55 am on October 19th, 2017. The first couple of months were agony, emotionally and physically.

But I have grown to appreciate the pain, because after great pain comes greater joy.

I am lucky enough that my boyfriend, now fiancé, has been by my side through all of it, and is still by my side today. Our son recently celebrated his first birthday, and is growing into a sweet, joyful, lovable little boy. Love like this cannot be explained, only experienced.

What about my future?

I have not abandoned my dreams, and my life is not over, like I initially thought it would be. I am slowly making my way through college and plan to get my Master’s in Counseling Psychology.

My fiancé and I are planning our wedding, and we hope to have more children in the future. 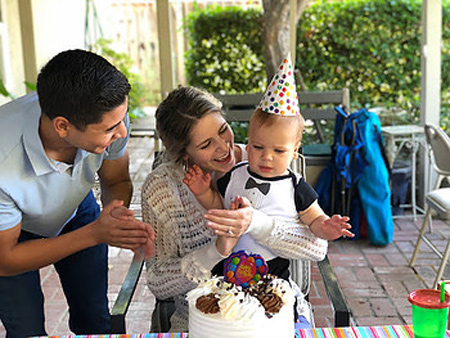 READ: My unplanned pregnancy saved me and made me who I am today

Having a child when you are young does not mean giving up your dreams. It simply means slowing them down, and becoming flexible. Your priorities change, and sometimes your dreams change. You fall in love in an earth-shattering way. Love like this cannot be explained, only experienced.

When people ask me, “What is the most surprising thing about becoming a mom?” my answer has always been, “It is easier than I expected.”

Fear told me that I would be alone in this. That my life would be over.

And Love has shown me the opposite. Love has a way of illuminating the darkest of times and showing up in the most difficult of circumstances. My fiancé, friends, and family have been there for me in ways I never expected. My life is more peaceful, fulfilling, and beautiful now than I ever could have imagined.

Fear told me only of the pain – and yes, of course, there has been pain. But Love has shown me the joy that comes after the pain. Yes, it was difficult. But would I go through it again? Yes. A hundred times over.

Editor’s Note: This article was published at The Life Source and is reprinted with permission.