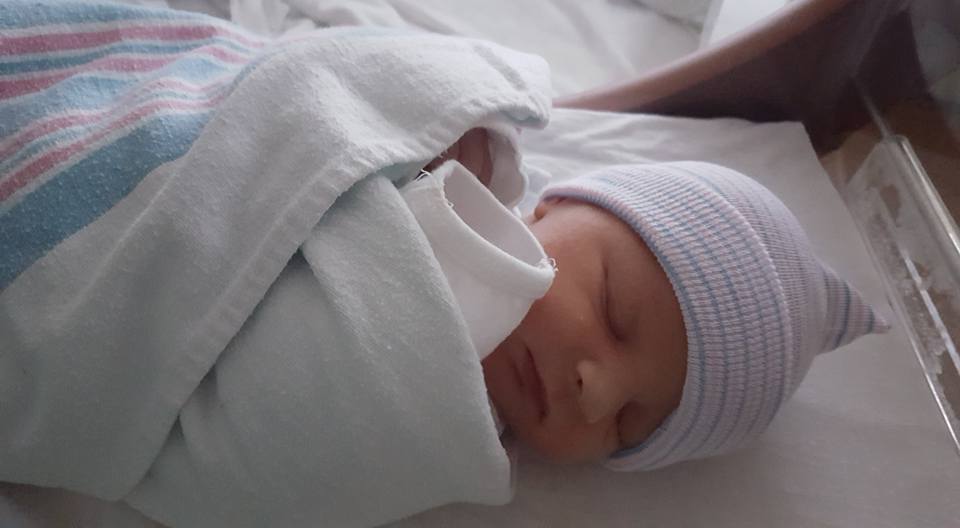 At 39, I was living a hectic life. Married, working part-time from home, and homeschooling my three daughters – one of whom has special health needs – I was wearing more hats than I had ever imagined and was struggling to keep up with life’s demands. Then I found out I now had another pregnancy at 39.

While I had always wanted more kids than three, I had come to accept having three girls as a great situation. Three sisters – who would hopefully be the best of friends throughout life despite all the bickering they were doing at ages seven, five, and three.

Two weeks into discovering I was pregnant, a pro-abortion essay appeared in my Facebook newsfeed. “Why I chose to have an abortion at 39” featured so many of the same fears I was facing, minus a few big ones. With hormones raging, I spent the next two months randomly crying over all the things that this pregnancy would and could mean. From the label of “geriatric pregnancy” to our financial instability, there were many reasons why a Planned Parenthood counselor would likely have advised me to abort.

The first ‘reason to abort’ that I would likely have been given, from the pro-abortion standpoint, is the fact that my oldest daughter has cystic fibrosis. CF is a genetic condition that can be passed down to children if both parents are carriers of a mutated CF gene. Since my husband and I are both carriers, any child we have has a 25 percent chance of inheriting each of our mutations, and therefore, of possibly having CF. 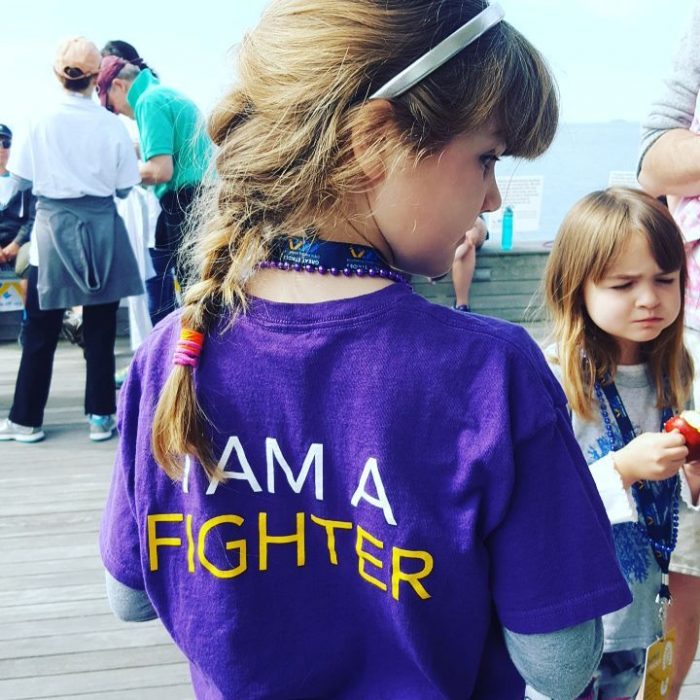 When our oldest daughter was just six days old, we were told she had CF and that she had a 50/50 chance of living to age 36. It was heartbreaking. My immediate response was that I would not have more children. Obviously, that opinion changed as time went on. With my second and third daughters, I went through the pregnancies without deep fear that either of them would have CF. I knew that if either of them did have it, it would be okay and my daughter would have someone to bond with – one person in her life who would understand what she goes through fighting CF on a daily basis.

However, with this latest pregnancy, I was afraid, because I knew this baby was a boy and only two percent of men with CF can have children naturally… afraid that I would have twice the treatments to do and twice the pharmacy phone calls, not to mention twice the doctor visits… afraid that one day he might be upset with me for becoming pregnant, knowing he had a chance of having CF. It all felt like too much. We could test for CF during the pregnancy but all tests are invasive and we didn’t want to risk a miscarriage.

Another fear was that because of my age, the risks for conditions such as Down syndrome were increased. Fear was telling me that this child could have Down syndrome. Maybe I could handle another child with CF, but a child with CF and Down syndrome? My fear of this, fueled by all the pregnancy hormones, was overwhelming.

In addition, our financial situation has never been a solid one. As a work-from-home, homeschooling mom, I don’t have 40 hours a week to devote to my career, but when I can, I write and edit as a freelancer. My husband is a carpenter and while he builds beautiful, $10 million homes, let’s just say you don’t become a carpenter for the income. Adding another family member – especially one who might have special needs – felt so scary when we thought about money.

And let’s not forget my age. I thought about how old I would be at each stage of this child’s life. I was afraid because I would be turning 40 within days of his birth and wondered if I would be too old or already deceased when CF had begun to progress in his body and he needed me more than ever.

I thought about all the things I would have to go through again – gestational diabetes, pregnancy symptoms, labor, breastfeeding, diapers, baby proofing the house, making baby food, worrying about him falling while learning to walk…. It all felt so overwhelming.

I thought about women who are pro-abortion and how, if in my shoes, they might abort. Perhaps they don’t think of their preborn children as people – their own children. But I knew this was my child and that most of my fears were based on selfishness, as I’ve described. Fear and self-interest were controlling my emotions.

Then my husband’s four-month-old godson died in his sleep. As my husband and I cried over the loss of that baby boy, we realized we had to change our outlook. We had to see our new child’s life for all the positive he would bring to us, like all the times our children make us laugh and all the times they make us proud. This child’s life was his life to live and we were only going to get to be a small part of it. Children grow up so quickly – yes, it would be work, and yes, there would be some difficult times, but hadn’t they been worth it with our other children? Wouldn’t it all be worth it with this child too?

I kept the pregnancy a secret from most everyone until after I was showing, not because I was ashamed, but because every time I spoke the words I cried. I wanted to be happy when I announced the news, especially because in the past I had been called selfish for having another baby knowing there was a risk of CF.  So I waited. And I called a fellow CF mom who I thought would understand what I was feeling. She gave me the best advice: “You are taking on burdens you haven’t been given yet.” She was right. All I knew was that I was pregnant. I didn’t know if my child had CF, and I didn’t know if he had Down syndrome. I was spending so much time worrying about these things that I was neglecting the rest of my life and causing myself unnecessary stress. While the advice didn’t snap me out of my anxiety right away, it helped to pave the path out of it. As my hormones calmed down, I felt better and the baby became more of a blessing than a fear.

No matter what happened, we knew we would do what we had to do. There are no guarantees of anything in life. No one knows if an illness will touch them or when death will come for them. And we don’t know this about our children, either. 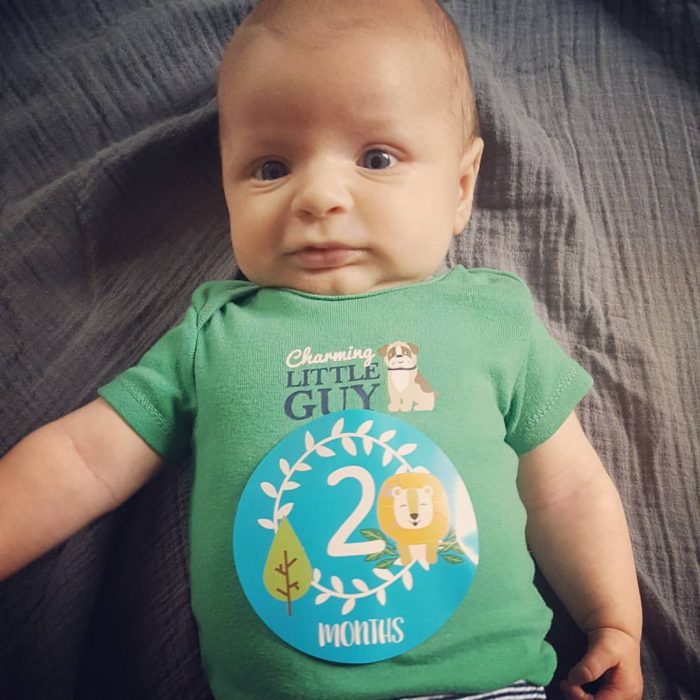 My son is now three months old. He does not have CF or any other health conditions. I’m dealing with the diapers and the night feedings and the constant breastfeeding, and I’m doing it happily. It helps that he is a relatively calm baby and rarely cries. It also helps to have family nearby to help when I need it. But I don’t for a moment regret that I became pregnant when I wasn’t planning to. I don’t even mind that I’ve had to give up dairy and soy because it bothers his little stomach – it might even be God’s little gift to help me lose the baby weight. I don’t worry constantly about the future. I can’t imagine what the women who chose abortion go through when they wonder, “what if?” I will never have to wonder that about my son and his existence. I don’t wish I didn’t have a baby at 39. In fact, I know now that I would welcome even more unexpected children. Life doesn’t always go as planned, and that’s the best part of it.

This pregnancy taught me a few things, and one of them is this: time spent worrying when there is no answer is time wasted.

Most women abort when their hormones are very high and all of their fears are at the front of their minds, and rather than finding support at a pregnancy center or through family and friends, they find people who tell them to abort rather than offer real help. Abortion is always a selfish act, no matter what others might tell you or what you might tell yourself as your fears take over your mind.

For someone facing an unplanned pregnancy like I was, or the possibility of prenatal diagnosis like I was, or pregnancy at the “wrong age” like I was, what is needed is support — support that lifts women up, that squashes their fears, and that tells them that no matter what, they are strong and they and their children will come out of this just fine. Maybe even better.

Editor’s Note: If you are facing an unplanned pregnancy, have begun an abortion and want information about abortion reversal, or need more facts about abortion or post-abortion healing, please see this resource.