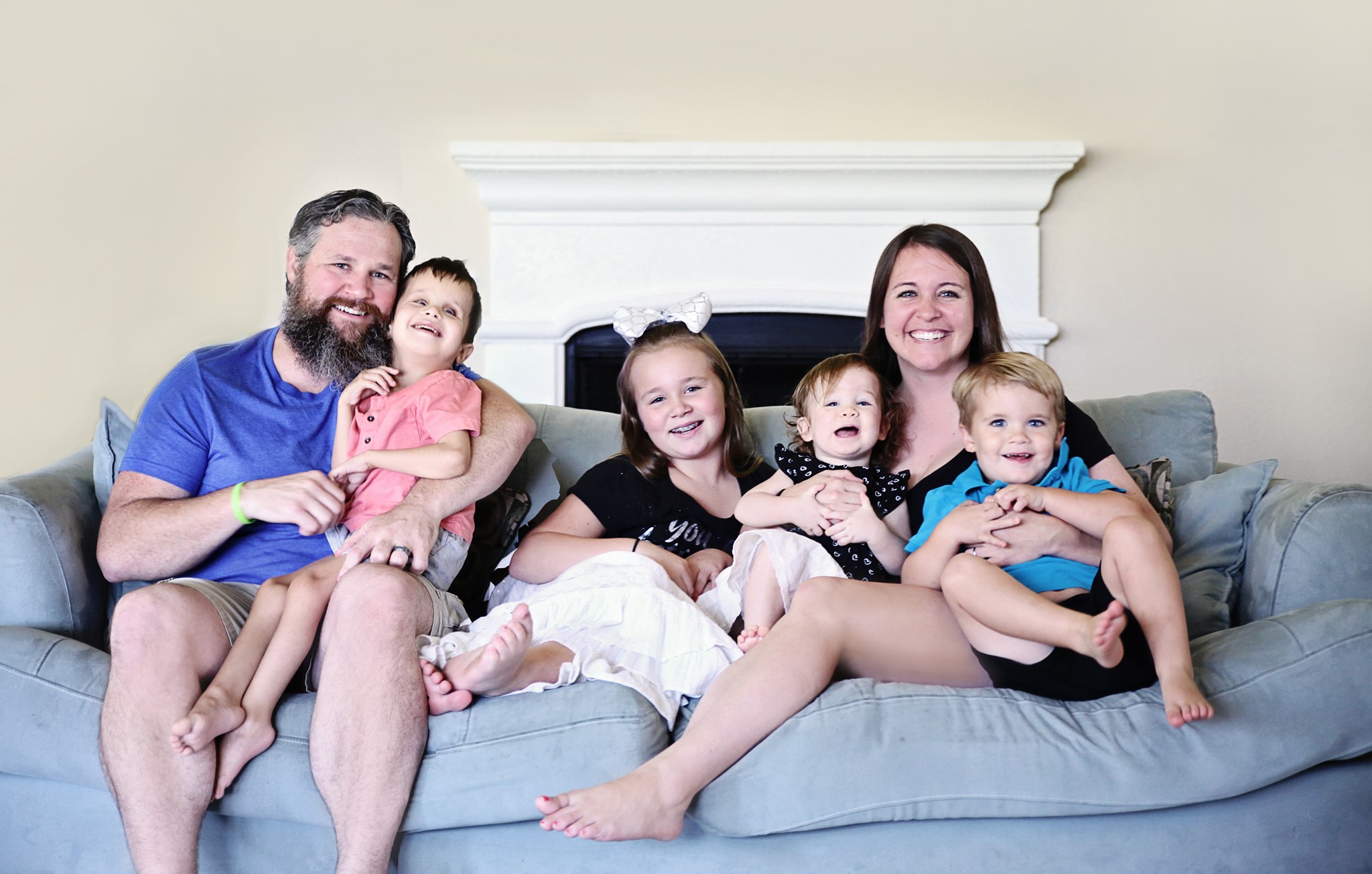 At seven months old, Gideon Jolicoeur was diagnosed with Peroxisomal Biogenesis Disorder (PBD) — a rare and fatal genetic condition that has caused him to be both deaf and legally blind. His parents, Samantha and Kevin, were told he would not survive the year. But Gideon proved them all wrong and is now seven years old.

“We knew something was wrong the minute he was born but nobody really knew what,” Samantha told TODAY Parents. “None of the tests came back with any answers and we were sent home. We didn’t really have any direction.”

Gideon cried a lot and didn’t sleep. They tried all the usual parenting go-to’s, including singing and rocking. It wasn’t until Kevin blew raspberries on Gideon’s cheek that they found a solution. Gideon instantly calmed down and a video of his father blowing raspberries on his face went viral.

“It was trial and error,” explained Kevin. “It was the last resort after nothing else worked.”

After a neurologist ran a specific blood test, Gideon finally had a diagnosis. PBD is degenerative, meaning Gideon will lose functions. He has already lost the ability to sit up on his own. His body does not produce peroxisomes, which, according to the Child Neurology Foundation, are essential for certain biochemical processes in the body.

At the time, the couple had one other child, a daughter. Today they have a total of four children. They believe each is a gift:

The first thing that I told Kevin was, ‘These kids don’t belong to us.’ We believe they’re a gift from God. So knowing that didn’t change the fact that it’s sad, and that we still cried and grieved the imminent death of our son, but because we shared that same sense and understanding, it made it easier to embrace the news.”

READ: Mother of sons with genetic syndrome: ‘Our children bring so much joy’

After Gideon surprised doctors by living beyond the age of one, the doctors altered his prognosis and said he had a 77 percent chance of surviving until school age. He is now the age of a second-grader and receives at-home services from the local school.

“Somewhere along the way we realized that you will write your own story and we will love you and celebrate you every day until Jesus calls you home,” Samantha wrote in a 7th birthday blog post for Gideon on LifeWithAHappyHeart.com.

In August 2019, a stomach bug hit the family and Gideon became very sick. He was so ill that the family began planning for hospice care and imagined his funeral. Thankfully, Gideon recovered.

My kids disagree constantly. But one thing they always agree on is getting in the water!

“Psalm 139 reminds us that all our days were ordained before we ever came to be,” Samantha wrote in a blog post reflecting back on that time of illness. “And while we do not live with a spirit of fear, we do love & live each day as though any day could be our last.”

No one knows how long they will live. We only carry the expectation of a long life. Gideon’s parents were told to expect a life of less than a year, but now he has enjoyed more than seven years since birth. His favorite things are his father’s beard, the feel of someone blowing raspberries on his cheek, his father’s whistle, being tickled, playing in the water, and hearing sounds like someone popping their mouth with their hand or popping gum. He has hearing aids that allow him to hear a little. He also loves being held as he falls asleep. Even his siblings help with that.

But mostly Gideon loves his family — his parents, his siblings who adore him, and his grandparents and extended family. You can see it on his face — pure joy and love.

“We don’t know how much Gideon actually understands,” wrote Samantha on Facebook. “PBD affects his brain, so he’s never been able to communicate back to us what all he knows. But one thing is for sure. He feels the love we all have for him. […] I wouldn’t trade a single moment of the joy or the suffering that has come with Gideon’s challenges. He’s teaching the world what it means to love without limits. I’m so thankful God gave him to us.”