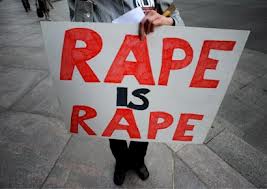 All states have legal requirements that oblige doctors to file a report of abortions on underage patients. Currently under review in Indiana is Dr. Ulrich Klopfer’s incorrect reporting of three abortions of underage girls. Sofia Resnick’s review of this case, found in the online abortion advocacy publication, RH Reality Check, noted that Dr. Klopfer now routinely advises girls under 14 to go to Illinois or Ohio to avoid Indiana’s reporting requirement for child sexual abuse. This comment sounds cavalier, especially as crossing state lines for abortions allows the rapist to evade the law.

In this light, another comment by Dr. Ulrich Klopfer is revealing, suggesting he regards his obligation to report rape as simply bureaucratic red tape. In a recent interview with Amanda Gray, Dr. Klopfer is reported to have commented that ages of women seeking abortion should not be made public. 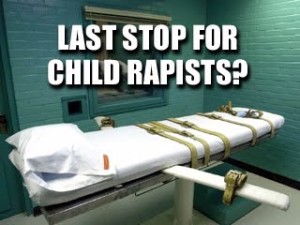 This is not a matter of privacy, as such a comment suggests. This data assists child protective services to identify criminal abuse and is made available to the public only with names blackened out, so privacy is preserved and protected. There is, however, the benefit of detecting non-compliant doctors, and it is perhaps the watchdog role of making such information public to which Dr. Klopfer most objects.

As for his seeming indifference to child abuse, Dr. Klopfer’s comments reveal little understanding about how teens and young girls are victimized or his mandated role as a doctor. All medical professionals and educators are required to report immediately on situations where sexual molestation could be a factor, as immediate intervention is essential to stop the abuse.

Not reporting in a timely manner means that the rapist will probably go free.

Children are not able to consent to sex, and a girl’s pregnancy is evidence of sexual abuse. Resnick argues that mandated reporting statutes are problematic because there is a lack of consistency nationally for what constitutes the age of consent. Yet it is commonly recognized teens older than 16 are still legally children and therefore warrant child protection if they are being sexually exploited. Failure to report a minor’s abortion suggests a lack of basic concern for a patient’s welfare, since non-reporting means that rape is allowed to continue. Still, Resnick and others appear to assume that girls are involved in consensual sex rather than exploitation. Rape is not rape by this calculation.

Doctors and educators, however, are held to the highest standards to protect teens and children from abuse. Performing the abortion and sending a girl back to an incestuous relationship would permit molestation to continue unabated. Pedophiles also tend to move on to molest other victims. Reasonable suspicion of child sexual abuse must be reported immediately and directly to child protective services or law enforcement. In other words,  failing to report an abortion on a minor is a serious departure from professional norms, especially as Dr. Klopfer admitted to incorrect reporting that included submitting a late report – and then only to the Indiana State Department of Health, not to the Department of Child Services, the latter of whom must be notified per Indiana statute. Resnick notes: “he admitted he did not notify the child services department in addition to the health department, which goes against the statute.”

It defies comprehension that a doctor would not immediately report a minor seeking an abortion. Experts report that not only is the rapist enabled by a lack of such report to continue the victimization unabated, but he is also likely to move on to other victims. Abortionists such as Dr. Klopfer do not say their failure to report is due to incompetence with regards to the law; nevertheless, Resnick maintains that clinic workers may not be qualified to report sexual abuse. In this respect, no state demands definitive or conclusive evidence. Suspicion is considered sufficient grounds to contact child protective services. All states have laws that protect those reporting abuse from legal liability when filing in good faith and without malicious intent.

Resnick concludes her analysis by quoting Abigail English, from the Center for Adolescent Health & the Law, as concerned that reporting laws scare teens away from telling authorities. It is true that girls are reluctant to report sexual abuse, but it is not clear that mandated reporting by those who are on the alert for symptoms of sexual abuse scares teens from talking. On the contrary, recent surveys of adults who had suffered sexual abuse in childhood suggest embarrassment and shame (not fear of the molestation being reported) as major reasons for not telling an adult. In addition, the closeness of the relationship between the victim and the abuser increased the likelihood of nondisclosure (Handbook 4). These findings show that the complex motivations for non-reporting do not exclude perceptive observation by adults who can then report abuse. According to our judicial framework, as well as standard professional ethics, such as those in the social work field, a young girl can’t consent to sex.

A child or teen seeking an abortion is itself the first sign of something amiss. Abortion is very much in any rapist’s personal interest, conveniently disposing of the evidence of his crime – especially when the abortion industry is complicit, as when Planned Parenthood refused to provide medical records relevant to a police investigation of statutory rape or when Dr. Klopfer neglects to report sexual abuse to the Department of Child Services as mandated. 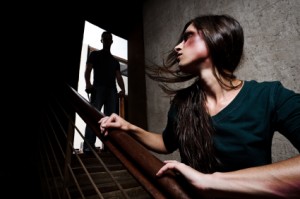 Because victims of statutory rape are unlikely to report sex abuse, reporting requirements are especially critical. Reporting is really just a matter of ascertaining a patient’s age, since a minor’s pregnancy is in itself evidence of either statutory or assault-type rape. What’s more, the fact that child abuse goes under-reported is part of the reason professionals such as child care workers are mandated reporters in every state. Abortion proponents such as Resnick seem to believe that child rape victims are “making their own choices,” but social workers recognize that girls often go along for a variety of reasons, including fear of reprisals, thinking themselves complicit, and genuine concern for the adult involved.

Exploited girls may look willing, but in reality, they suffer many negative effects from being sexually abused. According to the Guttmacher Institute, 17% of all U.S. abortions are performed on teenagers. Consider too that most girls are engaging in sex not with peers, but with older men. The National Center for Victims of Crime notes that children are one of the largest groups of victims of sex abuse, that agencies designed to help often fail to coordinate services, and that revictimization is common.

Several stories of rape make it appear that forced abortion often accompanies cases involving underage girls. In several cases, the “parent” giving consent may be the perpetrator of the abuse. In other cases, it is the abortion promoters themselves who support forced abortion. Rape and abortion go hand in hand, sometimes even to the horrifying rapist-perpetuated abortions seen in the Ariel Castro case.

These are more than sufficient grounds to suspect that a minor may not fully comprehend or may be under pressure to sign an agreement to abort her child. It remains for individuals in the medical profession to come forward, as did Dr. Geoffrey Cly, to denounce Dr. Klopfer’s failure to report rape, to decry an abortionist’s lack of concern for his patients’ welfare, and to follow Cly’s lead, where necessary, by refusing to partner with an abortionist.

Even aside from its close link to sexual exploitation, several recent studies show detrimental effects of abortion on women generally and teens in particular. One recent study shows that teens experience abortion more negatively than older women. Clearly not biased against abortion, this long-term longitudinal study was undertaken by a proponent of abortion as its major scientist, David Fergusson of Christchurch School of Medicine & Health Sciences in Christchurch, New Zealand, a man who continues to describe himself as pro-choice.

Expecting to find that any harmful effects of abortion could be written off as pre-existing, Fergusson and his team instead found that even when accounting for predisposing considerations such as family dysfunction, the experience of abortion led to increased instances of mental health problems. Although abortion harmed women of all ages, teens were most negatively affected, with their increased risk of depression, anxiety, and suicide doubling.

In an interview discussing how the pro-choice lobby reacted to this study, the promise was made that women would receive “appropriate counseling” before abortion. One response to this assumption that counseling can prevent the harmful effects of abortion pointed out that abortionists are protected from liability. Moreover, as can be seen in the outlook expressed by Dr. Klopfer, abortionists often take a neutral or hands-off stance even to the point of failing to report statutory rape.

Failure to report rape is beginning to look like  the abortion industry’s last-ditch effort to cover for a stand that rarely – if ever – refuses to perform an abortion even when evident harm has come to a teen as a result. This was glimpsed in a recent Planned Parenthood reversal, their having gone “in a matter of months, from litigating every inch of their defense to a sudden willingness to resolve” by an out-of-court settlement in Ohio.

Reporting statutes that place the decision-making less at the abortionist’s discretion and more squarely in the hands of child protective services provide a way to determine the extent of exploitation in specific cases. Telling teens to go out of state to avoid mandated reporting, as Dr. Klopfer admits he routinely does, makes such direct assistance unavailable and suggests a willingness to overlook sexual abuse. The premise that privacy is the overarching interest in such cases allows abuse to continue, and, as recent research makes increasingly clear, the abortion itself, in the majority of cases, leads to mental health issues that perpetuate further harm to children and teens.