Today, Texas Gov. Rick Perry signed into law one of the nation’s strongest pro-life bills. The historic moment came as a result of last week’s efforts by thousands of pro-life activists who flocked to Austin to urge lawmakers to stand for life.

I was one of those pro-life activists – a boy from Ohio who made the decision to “Stand For Life.”

I was inside the capitol rotunda when pro-abortion advocates laid siege – in a profane and vile standoff.

These representatives of the culture of death showed the nation their uncivil behavior – opposed to a commonsense bill to protect unborn children who can feel pain.

The mainstream media elevated Texas Sen. Wendy Davis to sainthood, and they glamorized the “passion” of the pro-abortion crowd – but I want to show you what really went down in the Lone Star State.

WARNING: The following photos do contain vulgar images and language. Proceed with caution.

Some people got pictures with Cecile Richards.

Odds are they didn’t use Planned Parenthood’s services.

And some got pictures with Abby Johnson. 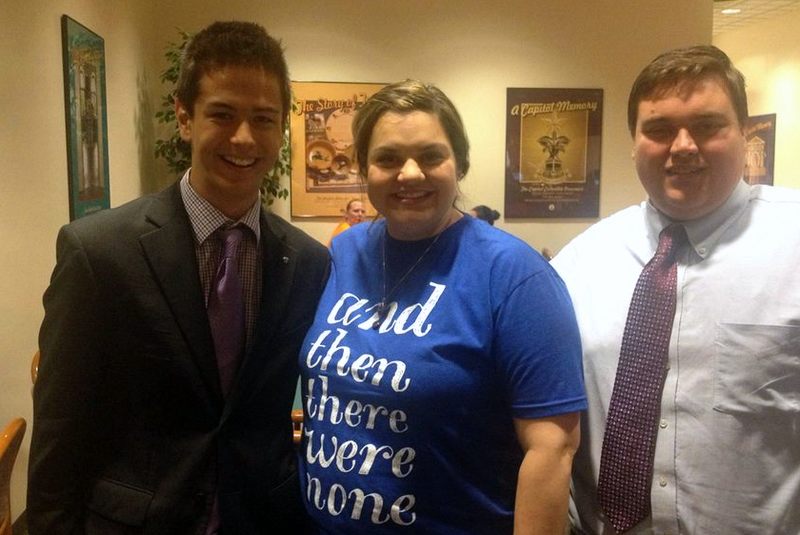 Abby Johnson left Planned Parenthood and founded And Then There Were None to help other women get out of the abortion industry.

Some girls had catchy signs.

Others had less catchy, more realistic ones. 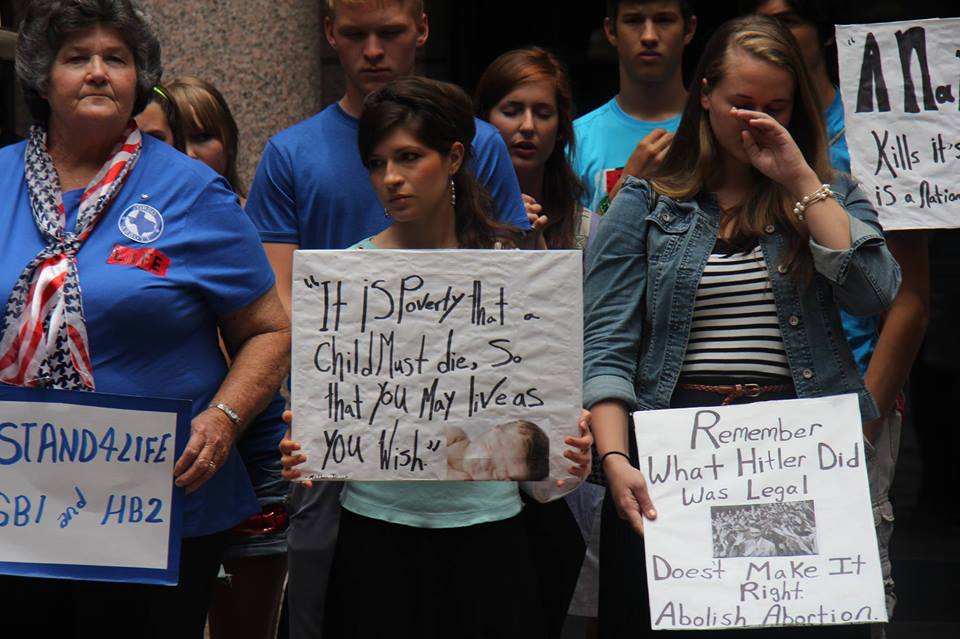 One mother used her children. 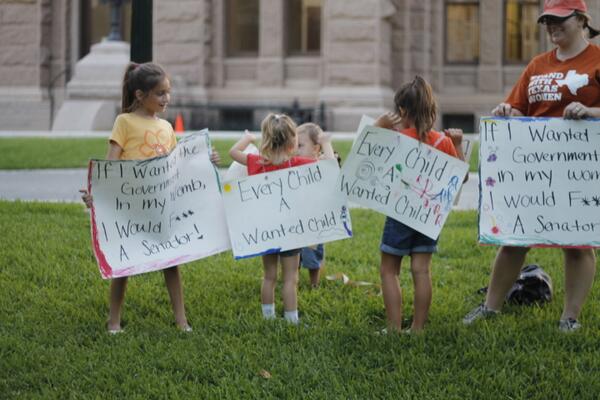 Does this count as child abuse? 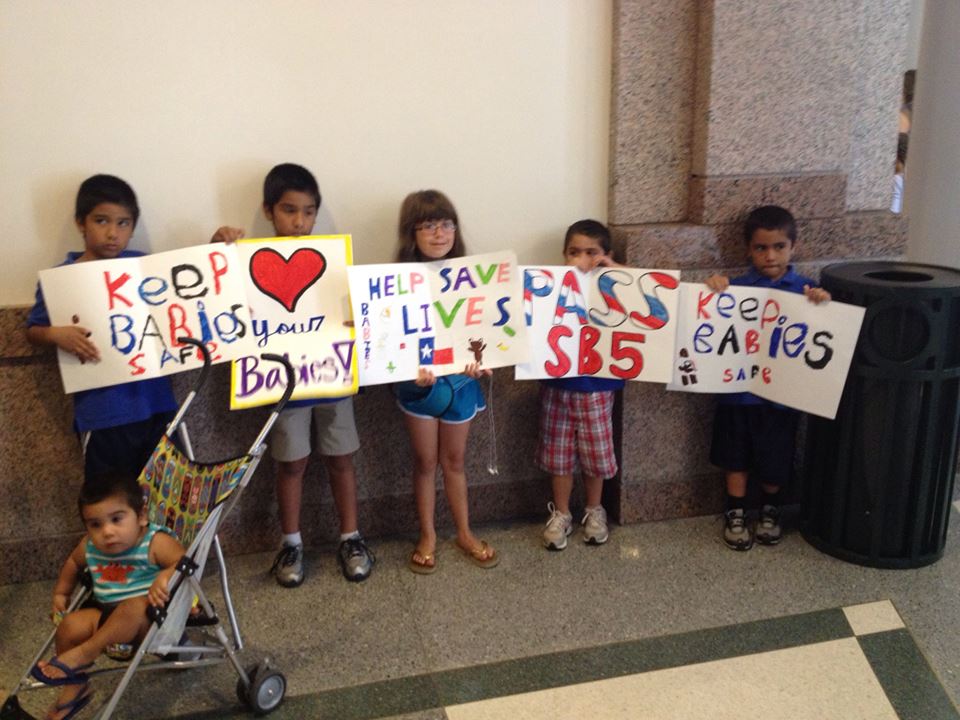 How can you say “no” to those little faces?

One father used his daughter.

Disclaimer: Her father is actually proud of her carrying this sign.

Another daughter spoke without saying a word. 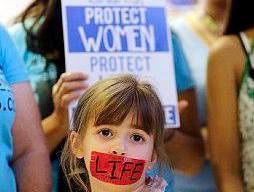 Her father must be proud, too.

One woman used her unborn child.

Anyone else find this ironic?

This boy told his story. 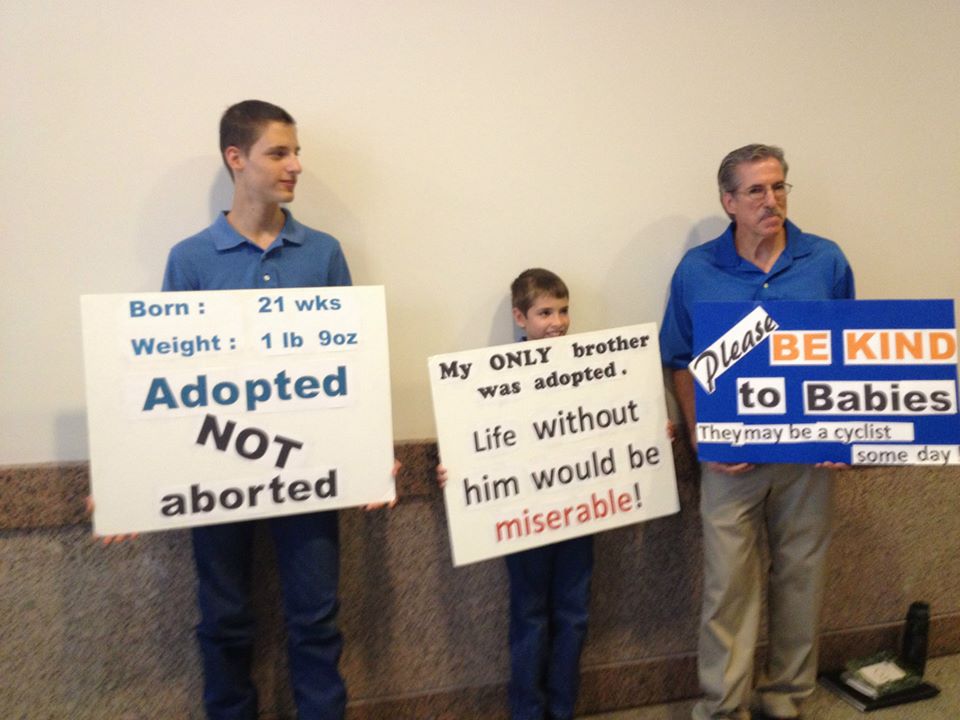 He was born at an age where a baby can still be aborted without the passage of HB2.

The legislators had show and tell. It could have been arts and crafts. Either way, these legislators think women will go back to using coat hangers if they want to get an abortion after 20 weeks, and they claim to trust women.

Some women chained themselves to the Senate gallery.

Believe it or not, that’s not a peace sign. It’s just her way of opposing the bill.

Then called themselves champions.

Can you hear the National Anthem playing?

And Some of them got a little carried away

They did things you wouldn’t let your kids do, especially in the Texas capitol building.

Meanwhile, a group of students prayed in front of Planned Parenthood. 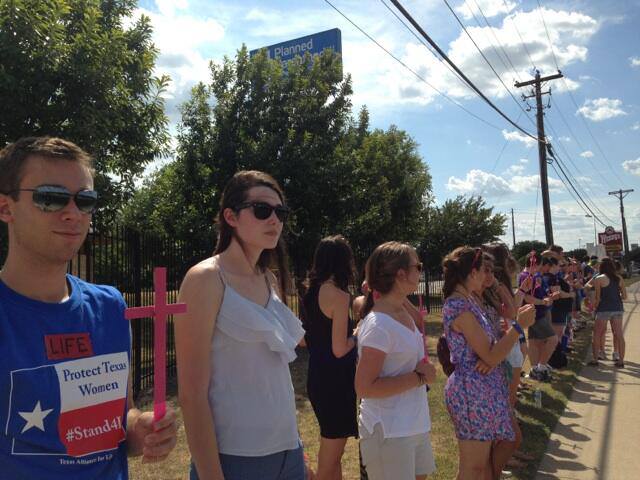 Because chaining themselves to the gallery just didn’t seem feasible.

Some made “Wanted” posters for their opposition.

Because making “wanted” posters with legislators on them is not inciting violence.

Then thanked the Texas Department of Public Safety.

At the passage of the bill, all the members in the Senate also thanked the DPS for their hard work. 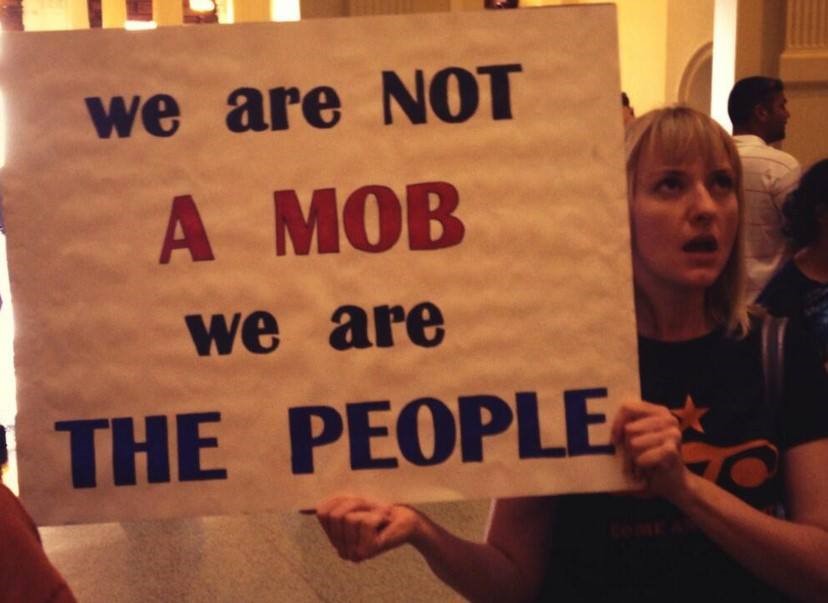 When you have to make this sign, things probably aren’t going so well. Who disrupted civil order? Who brought jars of feces and urine, bricks, and used tampons into a capitol building to throw on people? Who padlocked themselves to the Senate gallery? I guess it was THE PEOPLE, not the mob, that forced me and 50+ other pro-lifers to go into lockdown because the Texas Department of Public Safety said it was no longer safe for us.

And now the bill is law. 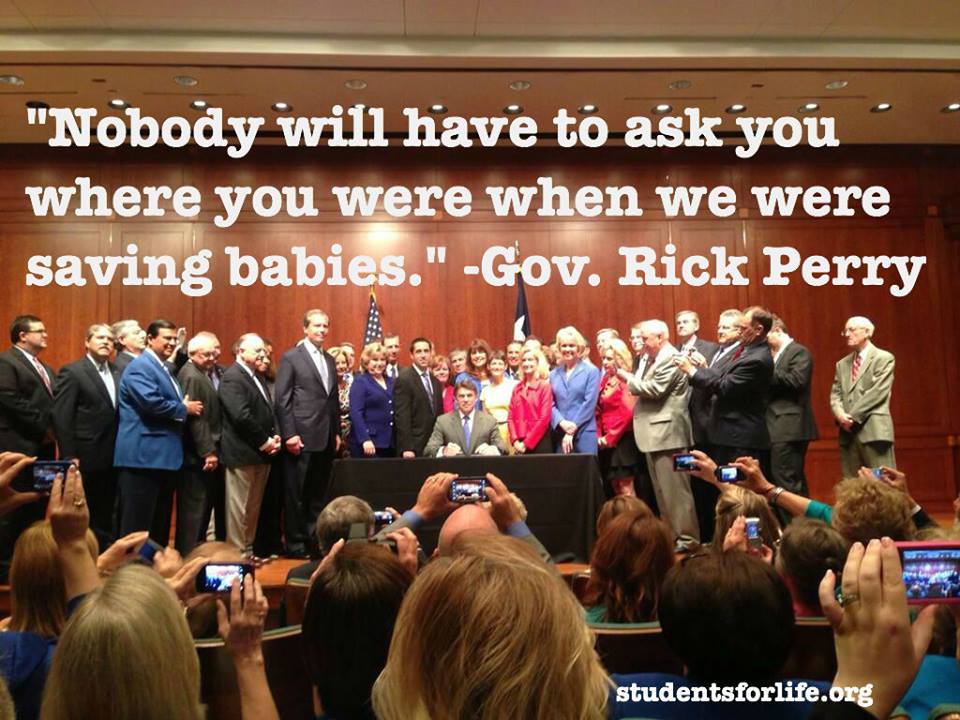 After all has been said and done, Governor Perry signed the bill into law, Thursday, July 18, 2013.

As a result of this bill, thousands of babies will have a chance at life.

My hope is, as Texas goes, so goes the country.