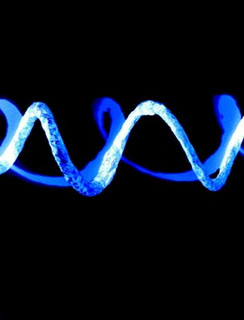 If you think things in the human genetic world can’t get any stranger, think again.

Three ethicists have teamed up to write “Human Engineering and Climate Change,” an article that is slotted for publication in Ethics, Policy, and the Environment. The three authors are S. Matthew Liao (New York University), Anders Sandberg (Oxford), and Rebecca Roache (Oxford).

In their 29-page article, these ethicists argue that genetically altering humans may more effectively curb undesired climate change than geoengineering. To be completely honest with you, I don’t have a clue about geoengineering, its potential, its effects, etc. But, thankfully, that’s not the issue here. The issue is whether or not “human engineering” is truly ethical.

Is human engineering a viable idea? Is it a solution we ought to consider in the quest to solve environmental issues? Or is this just one more step off the slippery slope? Evaluate for yourself, based on these ethicists’ words, if human engineering truly recognizes and protects the value of every human life.

In the abstract for their paper, the ethicists state:

So, we already know that they believe that any ethical concerns really aren’t that much of an issue because they can be solved or gotten around. What are these ethical concerns?

A way to reduce ecological footprints, then, would be to reduce size. Since weight increases with the cube of length, even a small reduction in, e.g., height, might produce a significant effect in size, other things being equal (To reduce size, one could also try to reduce average weight or average weight and height, but to keep the discussion simple, we shall use just the example of height).  Reducing the average US height by 15 cm would mean a mass reduction of 23% for men and 25% for women, with a corresponding reduction of metabolic rate (15%/18%), since less tissue means lower nutrients and energy needs. […]

[T]here are several ways by which we could reduce adult height in humans.  One way is through preimplantation genetic diagnosis (PGD). While genetic modifications to control height are likely to be quite complex and beyond our current capacities, it nevertheless seems possible now to use PGD to select shorter children. This would not involve intervening to change the genetic material of embryos, or employing any clinical methods not currently used. It would simply involve rethinking the criteria for selecting which embryos to implant.

Okay, wow…as a woman who is slightly above the average height for American women, I find this pretty scary. Even scarier, considering that one of my brothers is 6’3”. These ethicists are suggesting that taller people put an extra strain on the environment and therefore, perhaps we should stop parents from choosing to have taller children. Yikes.

The ethicists go a step farther and explain how families should possibly be forced to choose between having a small number of “larger children” or more “smaller” ones:

Moreover, human engineering could be liberty-enhancing when used alongside behavioural and market solutions. For example, given a certain fixed allocation per family of greenhouse gas emissions, each family may only be permitted to have two children, as Guillebaud and Hayes have proposed. However, if we were able to scale the size of human beings, then given the same fixed allocation of greenhouse gas emissions, some families may be able to have more than two children. Human engineering could therefore give people the choice between having a greater number of smaller children or a smaller number of larger children.

They also speculate about the possibility of genetically altering babies’ birth weights, with no mention of how this could affect the health of a newborn. (It’s common knowledge that it’s often the smaller babies who struggle after birth.)

Additionally, the ethicists basically set out a claim that women who have more than a couple of children are, uh, dumber than the rest of us who stick to one or two. I happen to know very smart people – two with scientific/engineering degrees – who have had five to eight kids. Trust me, they’re plenty smart.

In fact, there seems to be a link between cognition itself and lower birth-rates.  At least in the US, women with low cognitive ability are more likely to have children before age 18 (Shearer et al. 2002).  So, another possible human engineering solution is to use cognition enhancements to achieve lower birth rates. Like education, there are many other, more compelling reasons to improve cognition, but the fertility effect may be desirable as a means of tackling climate change.

While this article has supposedly been written for the stated purpose of more discussion on human engineering (not to advocate that we actually should legalize a procedure like after-birth abortion), the ideas it advocates are scary, to say the least.  They are more than a little disturbing, and they certainly do not jive with a pro-life worldview.  These three ethicists should be called out, and their theories rejected and debunked.