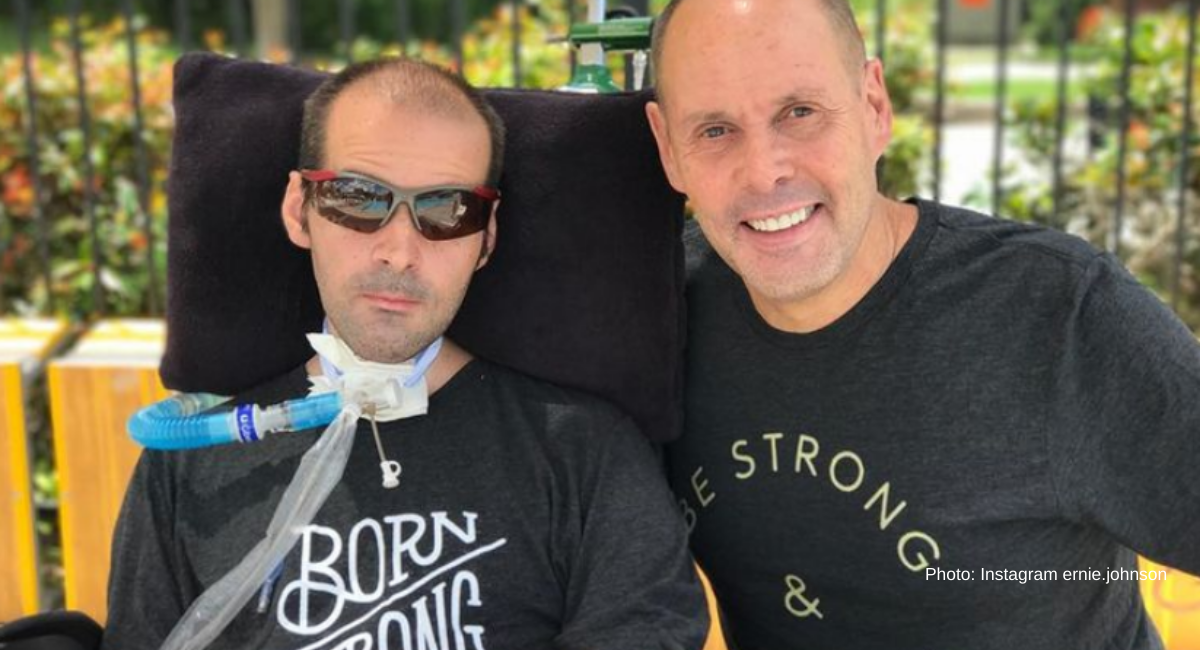 On October 29, “Inside the NBA” host Ernie Johnson announced the death of his adopted son, Michael, 33, who had Duchenne muscular dystrophy (DMD). Johnson wrote on Instagram, “[W]e’re crushed. But we also know we’ll see him again… and that sustains us.”

Michael was adopted from Romania in 1991 by Ernie and his wife Cheryl. The couple has six children, including four who were adopted. Cheryl had gone to Romania after watching a 1990 episode of ABC’s 20/20 which highlighted the thousands of orphans in the country who needed homes. After telling Ernie that they had to save one of these children, Cheryl traveled to Romania with no idea what would happen, but when she saw Michael, he stole her heart.

Michael was three years old but he could not walk or talk, and he had only been outside one day of his life. Cheryl wanted to give him a chance at a new life, but the woman who worked at the orphanage told her, “Don’t take this boy, he’s no good.”

Cheryl called Ernie, who told her to bring the boy home. “I remember what my wife said on the phone was that this guy’s so much more than we can handle, but I can’t imagine going through the rest of my life wondering what happened to that blonde-haired boy in that orphanage,” Johnson remembered in a speech in 2019.

"There’s value in everybody."

Back in 2019, Ernie shared a powerful message about his son Michael.

Michael Johnson passed away at age 33 on Friday, but his impact will never be forgotten. pic.twitter.com/MAdSsFrhQ4

READ: Navigating adoption: How families can make the process shorter and more affordable

Soon after the adoption, Michael was diagnosed with Duchenne muscular dystrophy (DMD), a genetic condition that causes progressive muscle degeneration and weakness that eventually leads to death.

“He’s three years old and he’s got this fatal disease, and you don’t know what you’re going to do and how you’re going to handle that, you wonder, where’s the value?” Johnson said. “What’s amazing is the value reveals itself.”

According to the Muscular Dystrophy Association, until recently, most boys with the condition did not survive long beyond their teen years, but thanks to advances in cardiac and respiratory care, life expectancy is increasing and some young adults with DMD are living into their 30s. Some are attending college, building careers, getting married, and having children of their own.

Michael eventually needed a wheelchair for mobility and a ventilator in order to breathe. He was well known during high school for saying “Love you, too” to everyone — whether or not they said “I love you” first. And on Senior Night, the students saluted him with “I love you” in sign language. His personal phrase has carried over into the sports world, even today.

Amid the news of Michael’s death, various members of the sports community shared their condolences, including the NBA, which said, “Michael was admired by so many around the league for his remarkable courage and perseverance.”

“Michael Johnson passed away at age 33 on Friday, but his impact will never be forgotten,” said NBA on TNT.

“Don’t take ‘Boy’s no good,'” Johnson said in his 2019 speech. “He had done more through that point in his life and impacted more folks than I could ever hope to because there is value inside everybody.”

“May not be able to do things the way we all do it, may have a different strength, a different weakness and that kind of thing, but there is always value. Find it.”