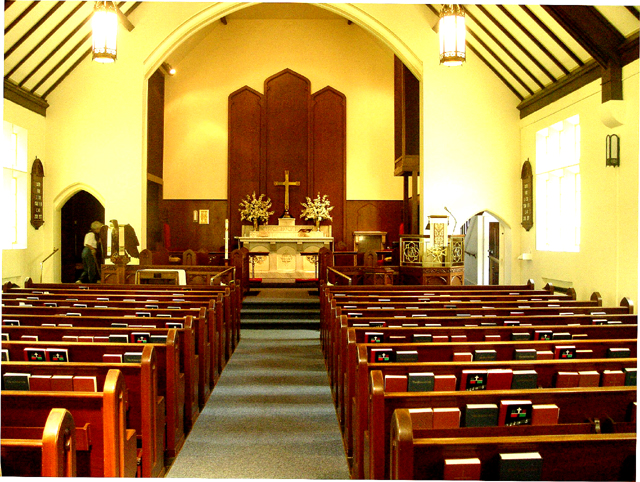 It’s certainly no secret that some churches support the choice to abort. While it’s counter-intuitive to the Christian faith, which began with Mary’s surprise pregnancy, it’s a reality in 2014 that many who identify as Christian also identify as pro-choice.

Despite this troubling truth, it’s still disconcerting when a minister of the gospel speaks out and makes a statement welcoming a new abortion facility to his region the same way one might welcome a new business offering jobs to a troubled economy. However, that’s what’s happening in New Orleans where an Episcopal priest wrote this week to express his disappointment that Christians are protesting a “needed” Planned Parenthood clinic.

Walter Baer writes in a letter in the New Orleans Advocate:

“As priest-in-charge at the Episcopal Church of the Annunciation, which is across South Claiborne Avenue from the new Planned Parenthood clinic, I am pleased that the clinic is moving to the area.

“I write to express my support for the right of the clinic to be there and to serve the reproductive needs of our community. This is very important to many in our community. I also write to make clear that there are many Christians, Christian denominations and many other people of faith who support the reproductive rights of women. I am very disappointed with some fellow Christian people and churches who have made threats of exclusion and boycotts to congregants who wish to work with the clinic. The recent disruption of a worship service at First Unitarian-Universalist Church in New Orleans by anti-abortion protesters was a highly disrespectful and sacrilegious act.”

Baer then speaks out of both sides of his mouth as he says he opposes abortion in many circumstances but also opposes people trying to regulate abortion. That, he says, should be a woman’s decision.

But it’s his concluding paragraph that is the most tragic of all:

“As a parish church that is named for the most wondrous conception in history, we welcome the Planned Parenthood clinic to the neighborhood. It will serve a very important role in education, health screenings, contraception and, when necessary, a safe place for the termination of pregnancy.”

There’s no twisting of his words; this isn’t mere rhetoric. An Episcopal priest of a church named for the miracle that occurred via an unplanned pregnancy, a pregnancy that Planned Parenthood itself would have likely suggested be aborted, has not only tolerated but embraced an abortion clinic in his city, saying women need a “safe place” to kill their babies. He does not address the safety of the unborn, however.

The Catholic church in New Orleans has taken a vocal stand against Planned Parenthood, even asking for boycotts of business working to launch the new abortion facility.  Archbishop of New Orleans, Gregory M. Aymond, wrote earlier this year on the coming clinic:

“There is no justification, including economic hardship that will make a direct or indirect relationship with Planned Parenthood, or any abortion provider, acceptable. Additionally, affiliation or support of Planned Parenthood by Catholics is a matter of serious scandal…. All citizens of the New Orleans area must stand together for a peaceful community, not one with more abortion and more Planned Parenthood.”

But now his opposition is the Episcopal church, which may not be surprising. The Episcopal Church is a longstanding member of the Religious Coalition for Reproductive Choice, along with a host of other faiths. The RCRC promotes abortion as a partner of faith:

“Faith traditions such as the Episcopal Church, Presbyterian Church (USA), United Church of Christ, United Methodist Church, Unitarian Universalist Association, and Reform, Reconstructionist and Conservative Judaism support reproductive choice as the most responsible position a religious institution can take on this issue. In fact, all have official statements in support of reproductive choice as a matter of conscience, adopted by their governing bodies.”

While Rev. Baer may not be deviating from his church’s stance as he condemns Christians for protesting Planned Parenthood and opens his arms to welcome the abortion clinic into his church home, he is deviating from a biblical stance. As Archbishop Aymond writes:

“Human life must be respected and protected absolutely from the moment of conception. From the first moment of his existence, a human being must be recognized as having the rights of a person – among which is the inviolable right of every innocent being to life. 72 (1703, 357)  Before I formed you in the womb I knew you, and before you were born I consecrated you. 73 Jer 1:5; cf. Job 10:8-12; Ps 22:10-11. My frame was not hidden from you, when I was being made in secret, intricately wrought in the depths of the earth.” 74 Ps 139:15.  We cannot be silent in view of the grave injustice presented by the abortions that will be performed at the proposed Planned Parenthood facility.”

Rev. Baer has certainly not chosen to be silent; however, instead of standing with others of faith who defend life, the reverend is standing and crying out for more death.