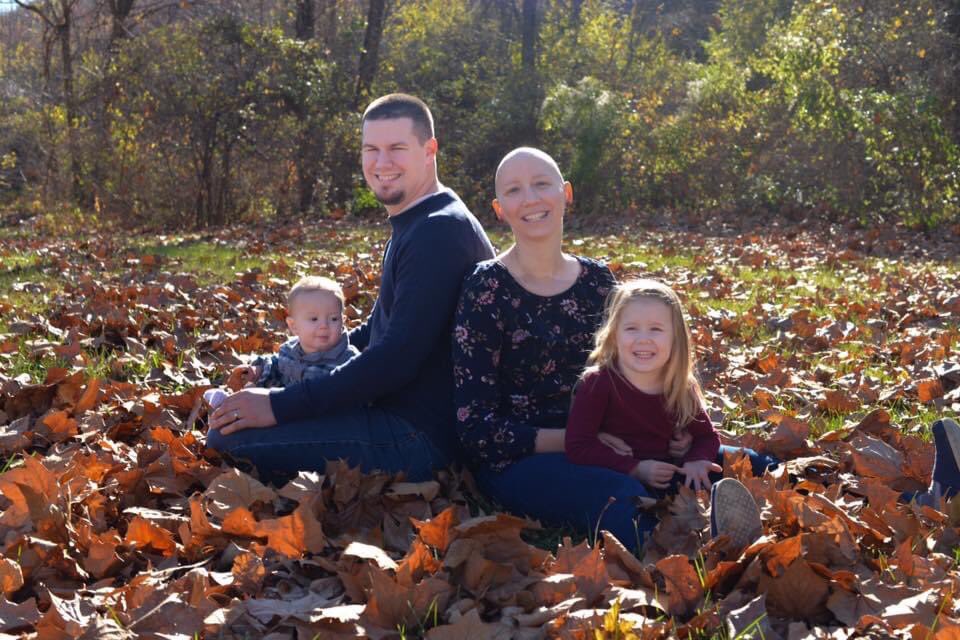 Abortion advocates have departed from the mantra of “safe, legal, and rare” and have embraced celebrating abortion with the hashtag #shoutyourabortion, calling for women to be proud of killing their preborn children. But pro-life women are firing back with the hashtag #shoutyourmotherhood, celebrating the beauty of pregnancy and motherhood even when faced with complications and obstacles.

#Shoutyourmotherhood was taken from an essay written by rape survivor Jennifer Christie and is in the process of being trademarked.

Christie is outspoken about her pro-life stance and her story of pregnancy after rape. She, along with her husband Jeff, were the parents of four children when Christie was raped by a serial killer who left her for dead. After learning she was pregnant, she was accused of lying about the rape — and after choosing life for her son, Joshua, she was disowned by her father. She was on bed rest for 22 weeks, and was falsely told her baby was “evil.” Jennifer still chose life and has no regrets.

Bryonna Jones tweeted her motherhood story which includes having cerebral palsy, being in an abusive relationship, living in a housing project, living below the poverty line, and facing pressure to abort. She chose life despite her circumstances.

Homeless and living with addiction

I was a woman who
– was a scared, homeless addict coerced into abortion
– was prochoice
– experienced traumatic birth
– had a high risk pregnancy
– had a preemie in the NICU
– had a miscarriage

Robin used the hashtag #shoutyourmotherhood to share her story of being pregnant as a homeless addict. She was pro-choice at the time but now says she is “a grateful, prolife mother of 4 living & 2 angel babies.”

#shoutyourmotherhood is trending. Not sure if my story belongs, but

I was thirty-six (ish) weeks pregnant when I began to notice the bump on my hip was growing. I was forty weeks when I got the call that I had cancer. My son was born naturally less than 24 hours later.

I pumped while planning treatment, quit breastfeeding at one month, and mothered a three-year-old and an infant while I was receiving chemo and radiation. I didn’t do it well, but by God, I did it.

@PunkyMantilla shared her cancer diagnosis during pregnancy and the birth of her son just 24 hours later. “I pumped while planning treatment, quit breastfeeding at one month, and mothered a three-year-old and an infant while I was receiving chemo and radiation. I didn’t do it well, but by God, I did it,” she said.

#shoutyourmotherhood
I was a 39 married mom of two.
I had three miscarriages
I had gestational diabetes
Baby had to be born at 35 weeks
She has Down syndrome
She’s the heart of our home at 18
She just voted for the first time! pic.twitter.com/nSCRPNAcc6

Leticia Velasquez, author of A Special Mother is Born, shared her story of multiple miscarriages, gestational diabetes, and a diagnosis of Down syndrome for her third living child — a daughter whom she calls “the heart of our home.”

#ShoutYourMotherhood
– my 5th baby was diagnosed with a severe CHD and 22q11.2 deletion syndrome at the 20 wk anatomy scan
– I was encouraged to abort and would not
– at 6 mos old, after months in the ICU and a surgery, she died
– i love her; it was an honor to be her mother

Renee Emerson shared the birth and loss of her daughter who was diagnosed in the womb with severe CHD and 22q11.2 deletion at 20 weeks. She was “encouraged to abort” but refused. Her baby girl died just six months after birth. “I love her; it was an honor to be her mother,” wrote Emerson.

Choosing life when young and single

– I had just turned 21
– my sister dies in a car accident
– find out I’m pregnant,boyfriend pressures me to abort
– I choose life
– Boyfriend cheats on me & becomes verbally abusive. I leave.
– work three jobs you save money
– my son is now 12 and a rockstar#ShoutYourMotherhood

@malmcmac2 shared her #shoutyourmotherhood story about being just 21 years old when she became pregnant. Her sister had just died in a car accident, her boyfriend told her to abort, then became abusive. She still chose life and worked three jobs to raise her son.

On being formerly pro-choice

I'm a former staunch pro-"choice"er who swore I'd never have kids; was terrified of motherhood & "losing myself". Flash forward 10 years and I am so thankful that GOD spoke the truth to my heart. Abortion is a thief and liar. Motherhood is a precious gift #ShoutYourMotherhood

@DontTreadOnBaby tweeted her story of being formerly pro-abortion with zero interest in having children because she thought she would lose her identity if she became a mother. “Abortion is a thief and a liar,” she wrote. “Motherhood is a precious gift.”

These are just some of the amazing and brave stories of motherhood on Twitter right now. Each story is a testament to the strength of women that the abortion industry constantly ignores as it belittles women in order to make a profit. According to the abortion industry, women are incapable of being mothers when they are young, underprivileged, sick, single, or if their baby receives a diagnosis. These women prove it’s all a lie. Women are good enough, strong enough, and smart enough to be great mothers no matter what their circumstances may be.

Editor’s Note 9/10/20: This article has been updated to credit Jennifer Christie for the hashtag #shoutyourmotherood which is in the process of being trademarked.