Everyone has a line. Some just make more sense than others. 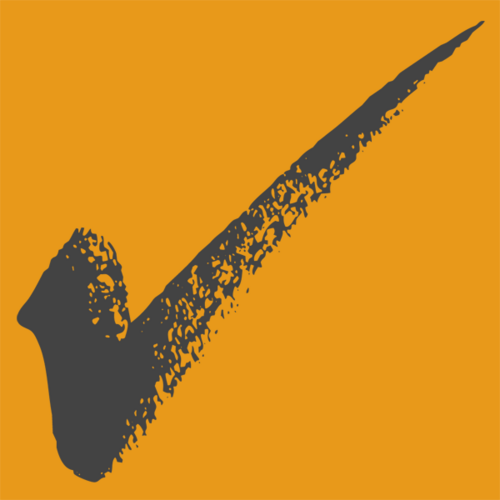 Entertaining, that a site which calls itself “Reality Check” often needs to be checked back into reality itself.

Obviously, with the wake of the Obama administration’s new position on emergency contraception, Weintraub would probably find her complaints satisfied. However, it’s worth discussing – and debunking – a few of her arguments, as they will continue to be made against anyone else who opposes emergency contraception being made freely available to our kids.

After opining that age restrictions on emergency contraception are “more life threatening” than alcohol or lottery ticket age restrictions (since when did not being allowed to have a beer risk anyone’s life?), Weintraub writes that age restrictions “put the health and lives of young women at risk.” She even goes so far as to exclaim that “[t]his is a matter of life and death for teens.”

Not once in her opinion piece does Weintraub detail how age restrictions on emergency contraception risk the lives or health of teens. One could assume that she’s referring to the rare dangers that being pregnant places on some women. (Of course, it’s a fact that some women do die in pregnancy.)

Yet, it’s still not the restrictions on emergency contraception that risk a teen’s life, even in these circumstances. It should be obvious to those who support emergency contraception that an age restriction actually provides more protection for teens. They may actually have to go see a doctor or talk to their parents or other trusted adults instead of downing a pill – or two or three.

Teens’ lives and health will more likely be greatly risked by having free and unfettered access to emergency contraception. How many forms of dangerous chemical abortions will be made freely available? For instance, Ella, one form of emergency contraceptive, is actually a close relative of RU-486, which has caused the deaths of teens.

By removing age restrictions, a can of worms has been opened. How many teens will take Plan B for several days in a row, just to make sure it works? How many teens will take these toxic pills month after month, with no consultation from a parent or a medical professional to see how this might be affecting their own bodies and health? The Mayo Clinic states that emergency contraception “isn’t recommended for routine use” and that it “isn’t appropriate for everyone,” based on allergies, other medications, and the like. How, exactly, are teens supposed to be aware of this kind of information when they are left to fend for themselves?

Removing age restrictions on emergency contraceptives is what is actually life and health threatening for our kids.

2) Restrictions on emergency contraception “disable young women from taking control of our sexuality” and are “simply discrimination.”

In the same vein, a teen could make the argument that restrictions on alcohol, tobacco, and R-rated movies “disable” them from “taking control” of their social lives and are “simply discrimination.” You really could blow this as big as you want with any age restrictions, and yet, it’s obvious that some activities and some products must be age-restricted.

It’s simply not safe for a teen to use some of the same products that an adult uses. And people can argue until the sun goes down about what the “age of responsibility” should be, but in our society, it’s typically set at 18 or 21, and sometimes at 17. Emergency contraceptives do not deserve a pass on this. They’re still reasonably unproven and can be dangerous. Since when has it been “discriminatory” to support a policy that protects young people?

Here’s another kicker. Even Planned Parenthood states that “you’ll need to get a prescription” before taking birth control pills. They also state, “Talk with your health care provider about what day is best for you to start taking the pill.” But a young teenager shouldn’t need a prescription for emergency contraception, which is four to twelve times the strength of birth control pills?

3) Teens are responsible enough to choose sex and emergency contraception – without proving their age, thank you very much. They ought to be trusted to make their own decisions since they’re pretty much the same as adults.

Weintraub’s argument that teens are responsible is almost laughable. In attempting to prove why it may be difficult for teens to show an ID to purchase emergency contraception, she describes how she “promptly lost [her permit] for a stretch of time.” This is indeed the hallmark of responsibility. Did she stop driving while she was without a permit, or did she continue? Clearly, I couldn’t care less, but it’s a bad illustration to use when you’re trying to argue that teens are responsible.

And not to beat a dead horse, but c’mon – have you ever seen those little signs in Walmart advertising that you will be asked to show an ID if you appear under the age of 40 and are trying to buy cigarettes? It’s pretty commonplace to have to prove your age.

Now, of course, with Obama’s reversal, consumers of any age will be free to purchase emergency contraception. This is what Weintraub was advocating for, but has she ever thought about the ten-year-old girls who may go buy Plan B? She calls teens “young women” and thinks they should be treated the same as adults, but the fact remains that there is a difference among a 10-year-old, a 16-year-old, and a 27-year-old.

Children and teens are not adults (excepting, of course 18- and 19-year-olds), whether or not they choose to have sex. Despite Weintraub’s diatribe on how the “young women” she knows who had sex before 15 did it in a responsible way, it is not a responsible decision to have sex at that young an age. That kind of a decision opens the door to abuse, dangerous promiscuity, STDs, and a whole host of problems that kids and high-schoolers should not have to deal with.

I’m unsure whether Weintraub and RH Reality Check truly support 10-year-old girls being able to purchase emergency contraception. If they do, it shows what an extremely perverted and unsafe mess the abortion-supporting industry has become. And if not, it shows that they, too, have age restrictions – something that they should understand true care for our young women necessitates.