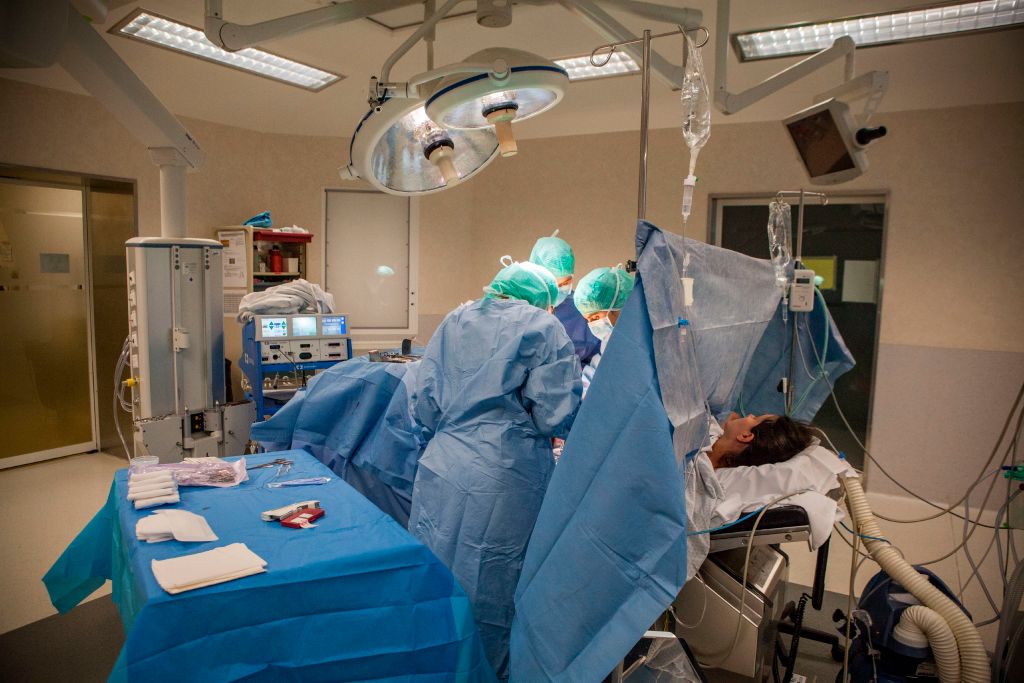 Abortion advocates argue that late-term abortions need to be legal because without them, women will die. Their reasoning is that, in a life-threatening emergency during pregnancy, a doctor needs to be able to commit an abortion in order to save the mother’s life. But in the scenario of a life-threatening emergency for a pregnant woman late in pregnancy, a doctor is going to perform a C-section, not an abortion. C-sections save lives, and intentionally killing a child in the womb is never medically necessary.

I have firsthand experience with this. Early in my third trimester, during my first pregnancy, I had a typical screening when the nurse realized I had gained 10 pounds from my last appointment, just two weeks earlier. My blood pressure had also begun to spike. A couple of days later, I was diagnosed with pre-eclampsia. My husband, at the time in the Marine Corps, was deployed to Afghanistan and wasn’t scheduled to come home for over a month. Because my symptoms were mild at the time, we agreed to try to wait as long as we could, in the hopes that my husband would come home in time.

READ: Abortion textbook reveals why women get late-term abortions… and it’s not for health

My husband made it — barely. He came home the day labor had to be induced. We greeted each other at the homecoming, went home, and then headed to the hospital that evening. By then, my vision had begun to get blurry, and I had pitting edema everywhere. My arms, my legs, even my hands and my face, were swollen and puffy. After being induced, my blood pressure was getting so high that I had to stay on my side, because laying on my back would make my pressure spike even higher.

And yet, the entire time I was in labor, my son wasn’t tolerating the contractions well. His heart was continually decelerating, and he would not descend. After 16 hours, his heart rate plummeted to 60 beats per minute. We made the decision to do an emergency C-section — and it worked. I survived. My son, Benjamin, survived too, although he was born blue and not breathing. But that C-section saved our lives.

Abortion advocates have taken to using stories of C-sections, or induced labor, as excuses for why late-term abortion must be legal. Yet in nearly every example, what’s performed is not an abortion, but a life-saving C-section. There are numerous complications that can arise during pregnancy — some that can be life-threatening — and interventions may be necessary. But these complications never necessitate intentionally targeting and killing the child in the womb.

In a blatantly biased Facebook “fact check” of Live Action News, abortionists Daniel Grossman and Robyn Schickler argued that intentionally killing a preborn child is sometimes medically necessary, and even gave examples of conditions which supposedly mandate abortion: placenta previa, ruptured membranes, pre-eclampsia, even hyperemesis gravidarum. But as numerous doctors have attested, this is not true.

Dr. Ingrid Skop, a Fellow of the American College of Obstetrics and Gynecology, told Live Action News, “I didn’t have to kill any of my patients to save the lives of my other patients.” Skop also explained why Grossman and Schickler’s claims were not only outrageously false, but dangerous.

The Grossman response made me nauseated. Abortion for hyperemesis is a travesty. With modern medicine, no woman should ever die from that problem. I still can’t understand why they are willing to recommend abortion for placenta previa. Intentionally placing a surgical instrument through a placenta gives me chills! I delivered a woman with previa yesterday. It’s an intense surgery, but a skilled physician can save both lives with standard obstetric techniques. While we do see early severe preeclampsia/HELLP on occasion, I have never seen it at such an early gestational age that the fetus does not at least have a chance at survival.

They intentionally misrepresented the age of viability — they called it 24 weeks, but neonatologists call it 22 weeks. The only one of the scenarios they presented that may require fetal death is the previable premature rupture of membranes resulting in sepsis. This happens occasionally at our hospital. The uterus does need to be evacuated, and we do this by inducing labor, not by D&E. Any OB/GYN can induce labor, and thus care for their own patient. Additionally, because these women are sick, they need IV antibiotics and to be cared for in a hospital, where ICU and other interventions for sepsis are immediately available.

Referring them to an abortion clinic, where most D&Es are performed, would subject them to a lower standard of care, and unnecessarily threaten the woman’s health.

Dr. Christina Francis, AAPLOG’s Chairman of the Board, has also explained why these kinds of pro-abortion claims are so dangerous.

Placenta previa is a condition in which the placenta covers the cervix, making a vaginal delivery impossible due to the possibility of life-threatening hemorrhage if labor occurs. These are frequently diagnosed in pregnancy on ultrasound around 20 weeks, however approximately 90% of these will resolve on their own before delivery. If significant hemorrhage occurs due to a placenta previa (which again is so rare prior to viability that no incidence is even reported), the patient should be taken for an emergency C-section which is the most expedient way to get her bleeding under control.

In typical conditions, a C-section takes less than an hour. In cases of an emergency, when things are so bad that a woman might be in immediate danger of dying, a C-section can be completed in as little as 15 minutes. When a woman’s life is at risk, this is the procedure a doctor will perform. An abortion would not be recommended, in large part because an abortion in the second or third trimester takes multiple days to complete. The abortionist starts by inserting laminaria to forcibly dilate the mother’s cervix, and only after several days, she returns to the abortion facility for the abortion.

In a true emergency, a doctor doesn’t have days and days to wait. Even in some extreme scenarios, like preterm premature rupture of membranes (PPROM) or eclampsia, it’s true that the baby may not make it through the procedure, especially if they’re extremely premature. But the purposeful, targeted killing of a preborn child is never necessary to save a woman’s life. C-sections save lives. Abortions do not.