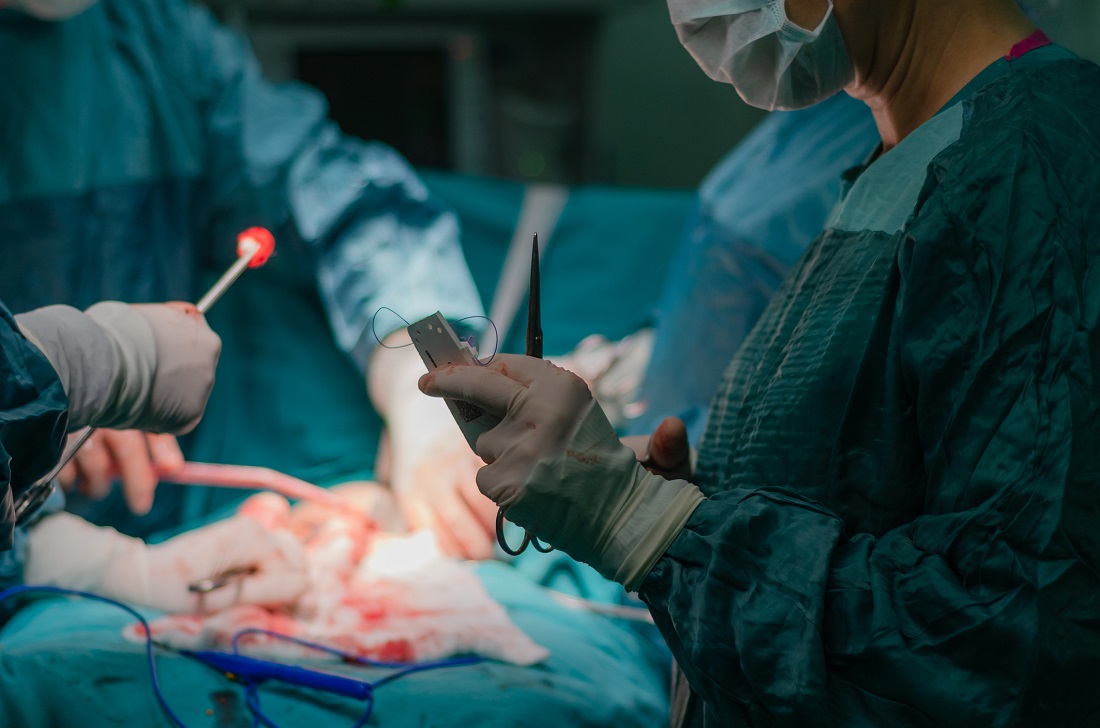 As more states ban abortion past a certain date — often 20 or 24 weeks — abortion advocates have likewise become more desperate, claiming not just the importance of bodily autonomy, but claiming that abortions so late in pregnancy are medically necessary. The problem is, abortion — the deliberate taking of a human being’s life in the womb — is never medically necessary, and the stories that claim to “prove” otherwise are fabrications.

Case in point: a recent op-ed was published in USA Today by Stephanie Goodell and Nisha Verma, telling the story of how Verma saved Goodell’s life when she was an OB/GYN resident. Verma, now an abortionist in Georgia, met Goodell when she entered the labor and delivery (L&D) unit at 21.5 weeks, when her water had broken. “We mourned together as we came to terms with the fact that the baby would almost certainly not be able to survive outside the uterus so early in pregnancy,” the women wrote.

Initially, after weighing their options, they chose an induction (inducing labor) to deliver the baby. This would allow Goodell to hold her baby, and while there may have been some aggressive procedures available to try to stave off labor, both Goodell and her baby were in danger. Her condition, preterm premature rupture of membranes (PPROM), can lead to life-threatening infections. Depending on the severity of her PPROM, Goodell may not have had the option to try bed rest or a prolonged hospital stay.

Indeed, after the induction, Goodell was in labor for three days and did develop a dangerous uterine infection. The next stop, according to Goodell and Verma, was an abortion.

Our grief and our heartbreak deepened, yet at that point — with the support of friends, family and other doctors — we understood that a life-saving abortion procedure was necessary for survival.

In Stephanie’s case, it was also necessary to have a hysterectomy. Tests and a post-operative biopsy revealed that Stephanie had a dangerous uterine condition called placenta accreta — her placenta had become imbedded in her uterine wall. If Stephanie had continued with the labor instead of receiving the abortion, this condition could have caused life-threatening hemorrhage.

While what happened to Goodell and her baby is a heartbreaking tragedy, was it actually an abortion? According to Dr. Ingrid Skop, a board member of the American Association of Pro-Life Obstetricians and Gynecologists (AAPLOG), no, this was not an abortion.

In a statement provided to Live Action News, Dr. Skop, also a fellow with the American College of Obstetrics and Gynecology, said:

The pre-viable rupture of membranes can lead to maternal sepsis and sometimes requires delivery. This can be done by induction and we do not consider this an abortion. It is a medically indicated delivery, but the intent is not to kill the baby….
Placenta accreta is an extremely serious situation where the placenta invades (often into prior CS scar) into uterus, bladder or other surrounding organs. It almost always must be treated with hysterectomy…. If not diagnosed ahead of time it can result in life-threatening bleeding at the time of CS or SVD, and usually hysterectomy. Almost always, delivery is not required until after viability, and thus abortion is not needed in this case either.
Weirdly, this case involves both. [It appears] the doctors didn’t have a clue about the accreta because they attempted to induce labor for a long time before resorting to surgery. ACOG and abortionists often state that a D&E can be performed with an abnormal placenta (usually previa-lying over the cervical os) but I think that is horrible medicine. They stick instruments directly through the placenta, which can also initiate catastrophic bleeding (even if the placenta is not abnormally adherent).

Abortionists and their defenders have increasingly begun using stories like this to claim that late-term abortions are needed. Yet, strangely, the situations they mention rarely seem to involve actual abortions. A scenario where premature labor is induced due to life-threatening circumstances is not an abortion. A hysterectomy is not an abortion. The baby died because of the procedures, but the intent was not to kill the baby.

Dr. Skop previously addressed this very issue in a previous statement to Live Action News. Addressing the issue of PPROM resulting in sepsis, she said that abortion would be more dangerous, and no OB/GYN would choose a dilation and evacuation, or D&E, procedure.

“This happens occasionally at our hospital. The uterus does need to be evacuated, and we do this by inducing labor, not by D&E,” she explained. “Any OB/GYN can induce labor, and thus care for their own patient. Additionally, because these women are sick, they need IV antibiotics and to be cared for in a hospital, where ICU and other interventions for sepsis are immediately available. Referring them to an abortion clinic, where most D&Es are performed, would subject them to a lower standard of care, and unnecessarily threaten the woman’s health.”

The purposeful, targeted killing of a preborn child is never necessary to save a woman’s life. Ending a pregnancy early due to complications, like HELLP or PPROM, is a tragic situation no woman wants to find herself in. But losing a baby to pregnancy complications is not the same thing as choosing to kill a preborn child through abortion. And when a woman is facing a true medical emergency, no doctor is going to waste days and days on an abortion procedure; they would perform a c-section, or as happened in Goodell’s case, a hysterectomy if necessary.

Another issue with using this argument to advocate for late-term abortions is that this is almost never why a woman undergoes an abortion in the second or third trimester. As a a 1988 Guttmacher study found, only 2% of women sought late-term abortions because of a health problem with the baby. A 2013 study, also published by the pro-abortion Guttmacher Institute, said, “data suggest that most women seeking later terminations are not doing so for reasons of fetal anomaly or life endangerment.” Pro-abortion researcher Diana Greene Foster stated, according to a report from the Congressional Research Service, that abortions for fetal abnormalities “make up a small minority of later abortion.” And a 2010 paper from Julia Steinberg, of the pro-abortion Bixby Center for Global Reproductive Health, said, “Research suggests that the overwhelming majority of women having later abortions do so for reasons other than fetal anomaly (Drey et al., 2006; Finer et al., 2005, 2006; Foster et al., 2008).”

Trotting out tragic fetal deaths due to pregnancy emergencies is not only emotionally exploitative, it’s dishonest. Calling a premature induction or a hysterectomy an “abortion” is misleading, and in all likelihood, intentionally so, with the goal of making people feel more sympathetic towards late-term abortion overall. If what people have in their heads when they think of second-trimester abortion is a poor mother mourning her child after an emergency c-section in which her premature baby didn’t make it, they’re far less likely to oppose it, because they aren’t getting an accurate depiction of what abortion really is. Late-term abortions are not compassionate; they’re violent, horrific procedures committed at a time when preborn babies can already feel pain. And the brutal truth is that they’re never medically necessary.