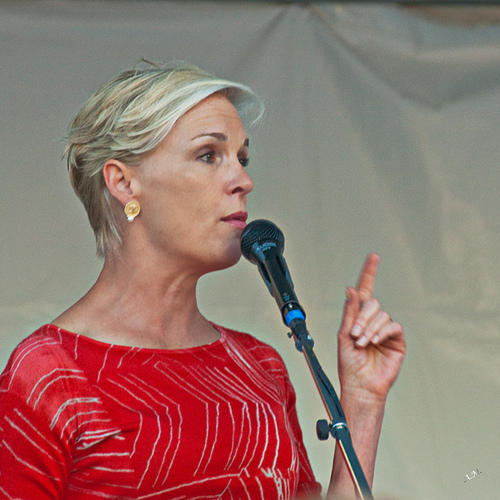 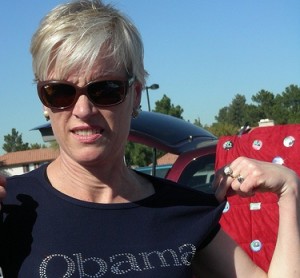 Planned Parenthood President Cecile Richards has been heavily involved in politics for many years.

In a January 15 piece at Elle, a conversation between Cecile Richards and her daughter, Lily, chronicles what it was like to grow up in a “fantastically feminist” family.

Cecile Richards is the well-known president of Planned Parenthood Federation of America, and Lily is the deputy communications director for the Democratic National Committee. The magazine’s handling of the piece is awkward at best, presenting the article as an interview between the mother and daughter but marketing it as an “intimate conversation.” Yes – we’re confused, too.

Cecile starts off by asking Lily whether the fact that she prioritized her own career over caring for her daughter ever caused her daughter to think twice about working herself:

Cecile: You grew up in a family where your grandmother worked and I always worked. In fact, I’m not sure you’ve had a day where I was taking care of you instead of working, which is a terrible thing to admit. Did it ever occur to you not to work?

Lily doesn’t address whether she felt slighted by her mom’s admitted tendency to put her second, but said:

It never seemed unusual for me that I wouldn’t be able to find a job that I loved. I feel very fortunate to have had that example in you and Mamey (Ann Richards, former governor of Texas).

The conversation turns to memories of Gov. Ann Richards and her mother, Eleanor, who was an advocate for women’s voting rights, and the mother-daughter duo ask each other what they thought of each of these working-woman role models. Then the article turns again in the direction of awkward as both begin to gush over each other and ask one another what they each do to relax in their busy schedules. (In case you were wondering, Lily does the Sunday crossword, and Cecile makes homemade pasta and pies.)

There is no segue between the conversation about homemade pies and Cecile recalling that Rush Limbaugh went after Lily, saying that Lily had clearly chosen a line of work where not everyone loved her. This was another opportunity for Lily to gush over her mom, saying, :I certainly don’t take the same kind of beating that you or other folks that run for office do.”

The article concludes with fashion advice that Lily and Cecile received from Ann over the years.

So, who cares that Elle wrote a gushy piece about two über-liberal fauxminists? No one, maybe. But there’s an important irony to point out, which Elle failed to note. In its admiration for the four generations of “fantastically feminist” Richards women, Elle overlooked the fact that at least three of those generations have been working against the very family structure that made the Richards generations so notable. The ideology that has shaped the abortion movement – which is supported by the Richards women in a very tangible way – is that women should put themselves first, ahead of family and anything else that may slow down or inhibit her personal goals. Cecile Richards heads an organization that ends parenthood, without which her four-generation feminist line may not exist.