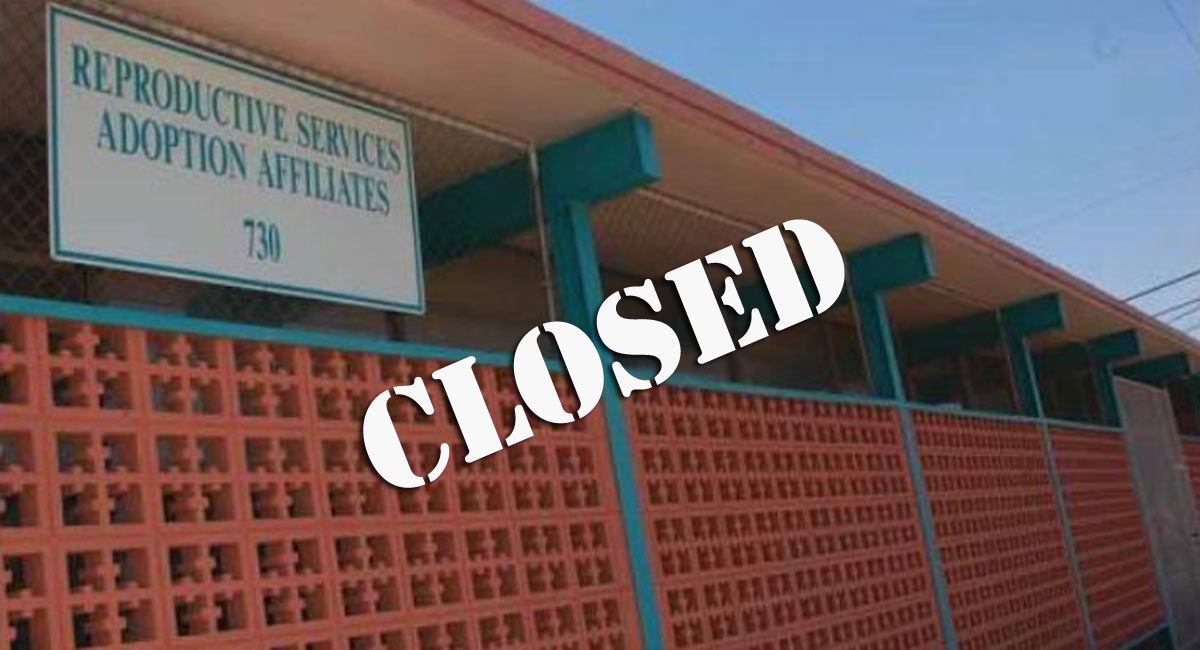 An abortion facility in El Paso, Texas, has closed its doors for good two months after failing to renew its license with the Texas Department of Health and Human Services. The facility had been cited over the years for health violations and had closed temporarily in 2014 after losing its hospital admitting privileges.

Reproductive Services has had a “closed” sign in the window for two months, according to local KTSM news. For nearly two decades, pro-lifers have prayed outside of the facility, and the Diocese of El Paso is calling the facility’s closure a victory.

“Down the line – a few weeks later, maybe a couple of years later, many years later – the regret and the pain from abortion will come up,” Gabriela Avila of the Diocese’s Reverence for Life told KTSM regarding the emotional effects of abortion on women. She said they will now focus on praying outside of El Paso’s two remaining abortion facilities.

In 2014, Reproductive Services closed temporarily while filing a lawsuit against a pro-life law requiring abortion facilities to obtain hospital admitting privileges. During the suit, the facility learned it had lost its temporary admitting privileges. A federal judge would not issue a temporary restraining order to suspend that law, and therefore, committing abortions at that facility was illegal.

In 2016, an inspection of the facility cited improper sterilization, failure to provide patients with hospital contact information in case of an emergency, and failure to follow the state’s mandatory 24-hour waiting period before an abortion. In 2017, Reproductive Services was fined $1,165 for health violations.

Reproductive Services committed both medical and surgical abortions. Medical abortions — or the abortion pill — are used to abort babies up to nine weeks gestation. Reproductive Services described medical abortion as a pill that “stops the growth of your pregnancy.” This is not quite accurate. The abortion pill actually starves the growing preborn child of nutrients so it is no longer able to develop, as explained in the video below by former abortionist Dr. Anthony Levatino. The facility also told women to go home to finish the abortion on their own, which is completely unsafe.

Reproductive Services also committed surgical abortions in the second trimester of pregnancy, which take up to two days to complete. This late-term abortion procedure is explained in the video below:

While KTSM reported that pro-abortion groups are blaming the current political environment on the facility’s closure, one thing is certain: every time an abortion facility closes, countless innocent lives are saved.