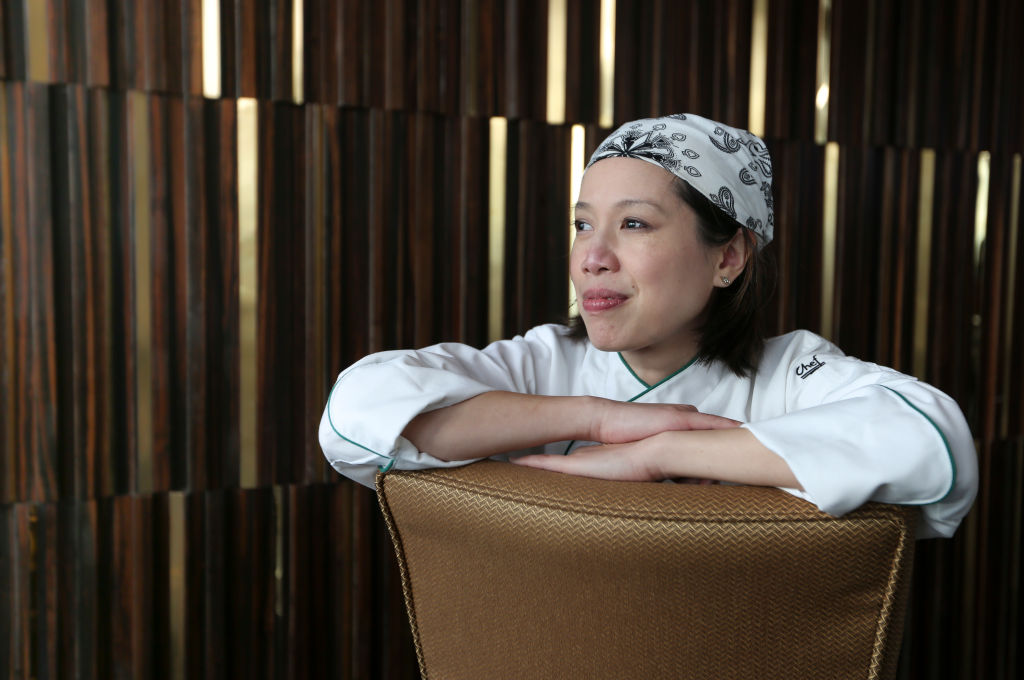 The 2012 winner of MasterChef shocked viewers and the show’s host Gordon Ramsay when she entered the set with a White Cane used to assist visually impaired individuals. The first blind chef in the show’s history, Christina Ha taught herself to cook, attempting to learn how to make the Vietnamese dishes her mother (who died when Ha was 14) had made.

After starting to lose her eyesight around age 10, Ha struggled to even make a sandwich. This past year, she opened her second restaurant.

“It was really about changing my mindset as well to feel like I’m not necessarily unable to do something, but just to think of creative solutions, to achieve the same goals in a different way,” she explained.

Though she tried to hide her visual impairment in college, she soon learned that her blindness does not define who she is. She achieved her goal of learning to cook, and her family and friends pushed her to audition for MasterChef. Though her degree is in creative writing, she stole the show as a chef.

After winning, she penned a cookbook called “Recipes from My Home Kitchen” with a foreword from Ramsay himself. She also judged the show’s Vietnam edition, worked as a private chef, and appeared on the TV show Four Senses, a cooking series dedicated to people who are visually impaired. Then, in 2019, she and her husband opened The Blind Goat restaurant, and in 2020, she opened Vietnamese restaurant Xin Chao.

In order to make cooking a bit easier to navigate, Ha taps into technologies such as tactile stickers to mark burner knobs and appliances, a digital talking scale and thermometer, a liquid level indicator, and Braille labels for spices. She wants other visually impaired chefs to not be afraid to make mistakes.

“Yes, play it safe at the beginning by having a sighted person around to help. But you only get stronger by making and learning from your mistakes. I still make mistakes all the time in the kitchen. Learn to laugh about it,” she told The Disability Tribune.

In addition to her career success, Ha is an advocate for the blind and was the 2014 recipient of the Helen Keller Personal Achievement Award from the American Foundation for the Blind.