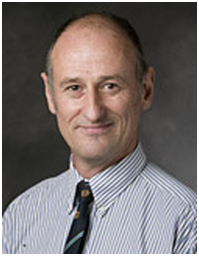 Robert Leeson is no stranger to the world of academia or economic policy. As a published author in a number of the world’s leading journals and jointly ranked as the world’s 17th top economist, his views on economic policy are widely respected and boast a significant audience. Given his realm of influence, it may be wise for pro-life advocates to keep abreast of Leeson’s views on end-of-life care and euthanasia, exemplified well in his recent editorial, published in the San Francisco Gate.

Unlike Peter Singer and other euthanasia proponents who argue for legalized euthanasia largely on philosophical grounds and quarrel over the definition of personhood, Leeson’s motivation is quite straightforward: euthanasia, being far less expensive, is simply the rational decision.

According to Leeson, more than a quarter of Medicare’s annual budget is spent on end-of-life care, ultimately draining societal resources for that which has little measurable benefit. Moreover, in a society with limited resources (which would be all societies, in case there is any doubt), taxpayer money can be spent only once, and given the lack of tangible benefit (according to Leeson) that end-of-life care truly provides, resources ought instead to be allocated to more worthy cases, such as better infant mortality outcomes.

In support of this view, Leeson recommends that two key steps be taken to encourage citizens to make the “rational” decision:

Leeson’s justification for these measures is simple: financial incentives aid “rational” decision-making, and it is further up to the government to institute public policy measures that will aid in reaching said rationale outcome.

As conservative bloggers have already pointed out, the practical complications presented by Leeson’s plan, by themselves, make the idea highly absurd, while the philosophical implications are staggering.

Regardless of what one thinks of programs such as Medicare or other government-run health care programs, the reality is that Leeson is proposing that the government undertake two massive responsibilities in regards to end-of-life decisions. First, he asks that the government make a determination that a good portion of the medical care afforded to the ill or elderly is simply unworthy of funding. Lest it be misconstrued, Leeson’s quarrel is not with the fact that the government is offering health care services at all – only that certain services it offers are pointless – and then singles out specific care for the elderly and ill as having little real value. Leeson is not advocating for an ultimately free-market solution to health care problems; he is suggesting that the government should be in charge of deciding which lives have enough value to justify funding for care or comfort measures.

Second, Leeson is arguing that it is the role of the government to help its citizens see that choosing death over life is the only real “rational” decision and, further, to provide incentives to pressure people into making that choice. Under Leeson’s view, “Big Brother” has ultimate truth not only as to how we ought to live; it also possesses the clearest view of how we ought to die. Truly a “cradle-to-grave” system.

Given that Oregon, the first state to legalize assisted suicide, has actually been peddling euthanasia to its citizens in its state version of Medicaid, refusing to pay for prescribed medication but offering instead to pay for assisted suicide, it certainly can “happen here,” particularly as the government’s authority over health care increases.

It is often said that a society is defined by how it treats its weakest citizens. It would be wise, then, for those of us who are currently stronger to pay careful attention to what is being said about, and done to, human beings who can no longer defend themselves.