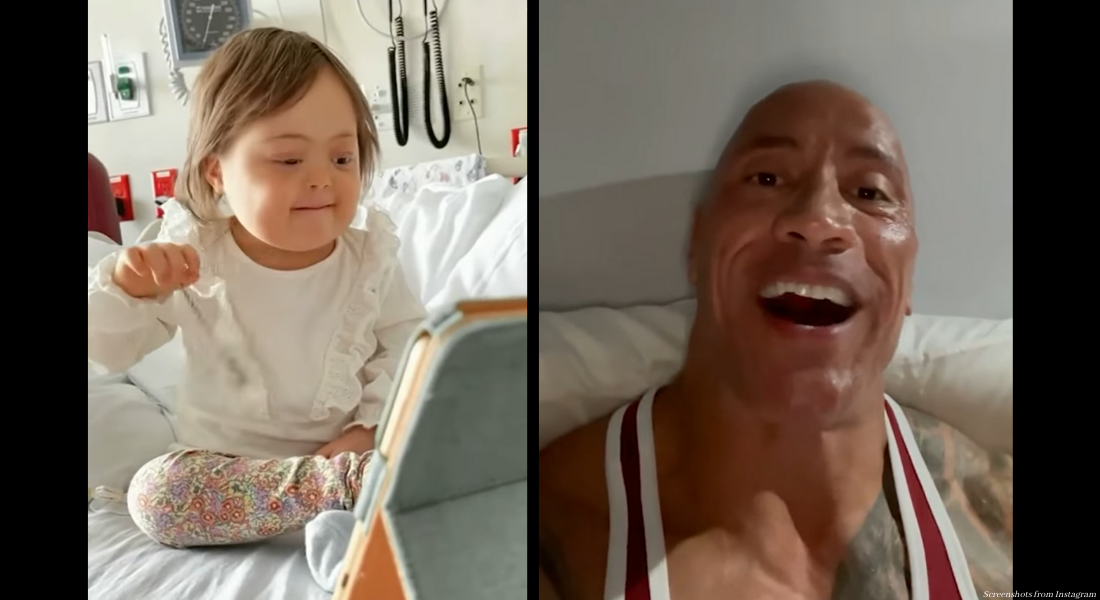 A young cancer patient with Down syndrome sang along as she watched her favorite movie, “Moana.” Her parents caught video of it and posted it online, where it went viral and caught the attention of none other than Maui himself, Dwayne “The Rock” Johnson.

Brian and Terah Jones battled infertility for five years until they were finally able to conceive and give birth to their daughter, Indy Llew. At birth, they discovered she had Down syndrome, and after a night of tears, quickly came to terms with the diagnosis, and set out to show the world how amazing their daughter is, traveling the globe and going on family adventures.

But toward the end of a trip to Hawaii, Indy became sick, and they received an awful diagnosis: Indy had cancer.

Children with Down syndrome are at high risk for developing leukemia in particular. Indy was diagnosed with myelodysplastic syndrome, which affects the bone marrow and is similar to leukemia. Thankfully, after eight months, Indy was in remission, and the family began going on adventures again, this time with another little girl added to the mix. But tragedy soon struck again as Indy relapsed in 2019, and was fighting cancer for a second time. She went into remission again, but last year, developed leukemia.

“The devastation & hurt is beyond description. My hands are trembling and tears are falling from my face as I type this,” Jones wrote. “Considering our options and praying about what is best for Indy, B and I both received a pretty clear message that Indy desires to be free of this burden. Out of respect for her body and her spirit, further medical intervention feels wrong. The chance of cure from more treatment is extremely minimal. Our brave girl has just been through too much. We will be loving on her at home like we did last year, filling her body with goodness and making her feel joy.” 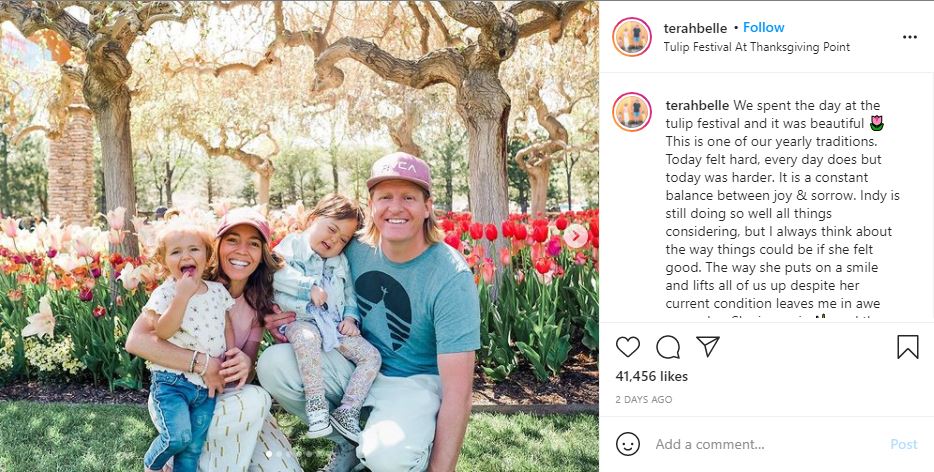 According to Terah, Indy’s favorite movie has long been “Moana,” and the family has used it to help her through many of her treatments. “Indy’s love for Moana started when she was 12 months old and has held strong all her life,” she wrote on Instagram. “Moana has helped us through many clinic visits, month long hospital stays, blood draws, port access, and hard moments. I remember one of our early hospital stays when I wrote an entire journal entry paralleling our life to Moana and Te Fiti. It just keeps evolving.”

So while Indy was in the hospital recently, they watched Moana again and recorded Indy singing along. The moment of joy helped with the difficulty of their situation, even if only temporarily.

READ: Mom refused to abort daughter with Down syndrome: ‘I wouldn’t change her for the world’

“Indy has long time been an expert lip syncer. She loves music, dancing, and ‘singing,'” Jones wrote on Instagram. “My favorite moments are when I catch her singing & dancing in her reflection. She feels the rhythm and it brings her joy. Also really feels that necklace ☺️ I adore everything about her magical presence, she is the greatest treasure. Indy Llew. The pain is truly unbearable.”

Over the weekend, Johnson celebrated his 49th birthday and released a video with a shout-out for Indy. “Swipe left – It’s 1am and I just got sent this beautiful vid of a VERY special & strong little girl named Indy Llew,” he wrote. “Stay strong honey and keep singing your songs! Love you, MAUI.”

In his video, Johnson explained that a friend had sent him Indy’s video, and he wanted to send her a message. “I know you have no idea who I am, and that’s totally cool, but I was in Moana!” he said. “I’m Maui! I know, where’s my hair?” He then sang a quick rendition of “You’re Welcome,” before ending with another message of encouragement for Indy. “I want you to stay strong, Indy, and you keep singing, honey,” he concluded. “Maui loves you.”

According to Jones, the message has been very well received, with Indy asking to watch it over and over again. “This means so much,” she wrote on her Instagram stories. “Every night before bed Indy asks daddy to sing ‘You’re Welcome.'”