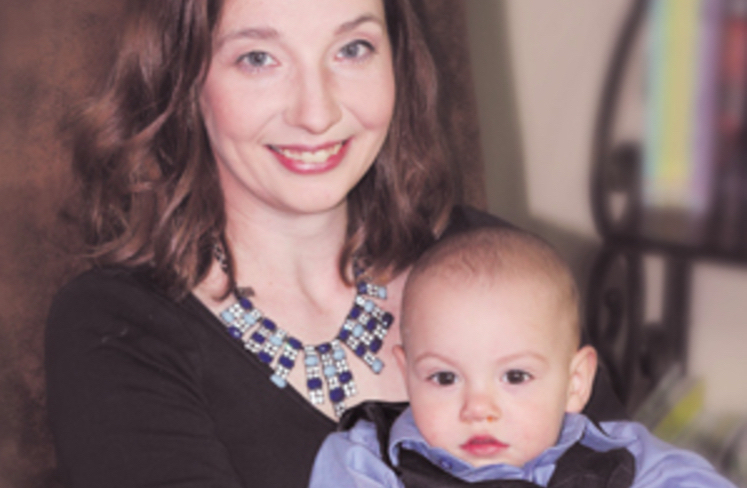 I would like to share a little history to help you better understand my journey. When I was younger I ended my first pregnancy through abortion.  There were several barriers that made me feel that abortion was my only option. Pregnancy made me very sick and I felt I had no help. Later, I married and we tried to have a child. We lost four babies through natural miscarriages. During this time I lost my mother unexpectedly to unknown causes. My marriage was destroyed by drugs. As our relationship ended I found myself living with a drug dealer and his parents because I had nowhere else to go.

In July 2013 I found myself far from home, scared, alone, and pregnant.  I was living in an unhealthy and dangerous environment, with the baby’s father, a drug dealer.  On a daily basis I was hurt physically, emotionally, and mentally. I was wrong to think that the abuse would stop once he knew I was expecting his child. I vividly remember being locked in a room for three days without food.  He would lock me up and then return to beat me, accusing me of cheating on him while he was gone.

To run would be the only way to save myself and this little baby growing inside me. I contacted my dad to help me get out.  My dad felt the urgency and wanted to help. The morning he arrived, I had just put the baby’s father in jail due to an abusive outburst on me and his parents. I still struggle with fear and cry when I remember this past. I now know it was God’s timing that saved me.

When I arrived home, my step-mother shared with me some of the support programs at the local pregnancy center.  I was really blown away at the amazing, free resources that The Open Door provided this small rural area.

During my ultrasound, I was able to see my baby boy’s heartbeat, and he was waving.  The team was very encouraging and helpful.  This was my first real pregnancy, and I was scared.  They helped me to know what to expect and what to do next. At the center I received resources, support, and the referrals I needed to get help during my pregnancy.

Around 28 weeks, I started considering adoption for my baby.  I was worried that I would not be able to provide for us. I wanted the best life for him and was afraid that someone else would be more prepared to meet his needs.  I was also very afraid of his father coming after us.

Jackson was born at 31 weeks via an emergency C-section due to high blood pressure.  He was not breathing at birth and it took 20 minutes before he took his first breath.  He spent a month in NICU.  I did not see Jackson for the first couple of days. During this time, Jackson was literally fighting for his life, and I was an emotional wreck.  I cannot begin to tell you the struggle a birth mother feels when choosing between adoption and parenting. I’m very grateful for the prayers and the care packet The Open Door sent me when I had nothing.

Once I was able to be with him and hold him, I knew I wanted to keep him. But would I be the best for him? I remember crying in the hospital over this when a woman came to me; she had a comforting spirit who helped me to know I could keep him. With the support of my family and the pregnancy center, my confidence that I could be a great mother to Jackson grew.

I voluntarily started a CPS case because of my past, the past abusive relationship, and to prevent future problems.  I wanted help to be a good mother.  CPS helped me get a protective order against Jackson’s father. They were able to close my case quickly since I had been clean and sober and was taking classes at The Open Door. This was encouraging to me that I was on the right track to being a good mother!

I continue to take classes at The Open Door to have a support team to talk to and to meet some of my physical needs.  I also enjoy visiting with the team members! I have taken classes in cooking, pregnancy, preparing for the baby, and parenting.

I love being a mom! I love hearing Jackson laugh every day and breathe throughout the night.

I’m excited to use my life experience not only to help others who are going through challenging times, but also to continue my education to become a Nurse Practitioner.

I would like to thank The Open Door and those who fight for pregnancy centers. Thank you for everything you helped me with! Thank you for helping so many others needing assistance or guidance through rough times.

Editor’s Note: Michelle Bisbee shared her story in 2016 before her elected congressional representatives in Washington, D.C., as part of Heartbeat International’s annual Babies Go to Congress, which takes place annually prior to the March for Life. Michelle’s story was first printed by Heartbeat International here, and is reprinted with permission.