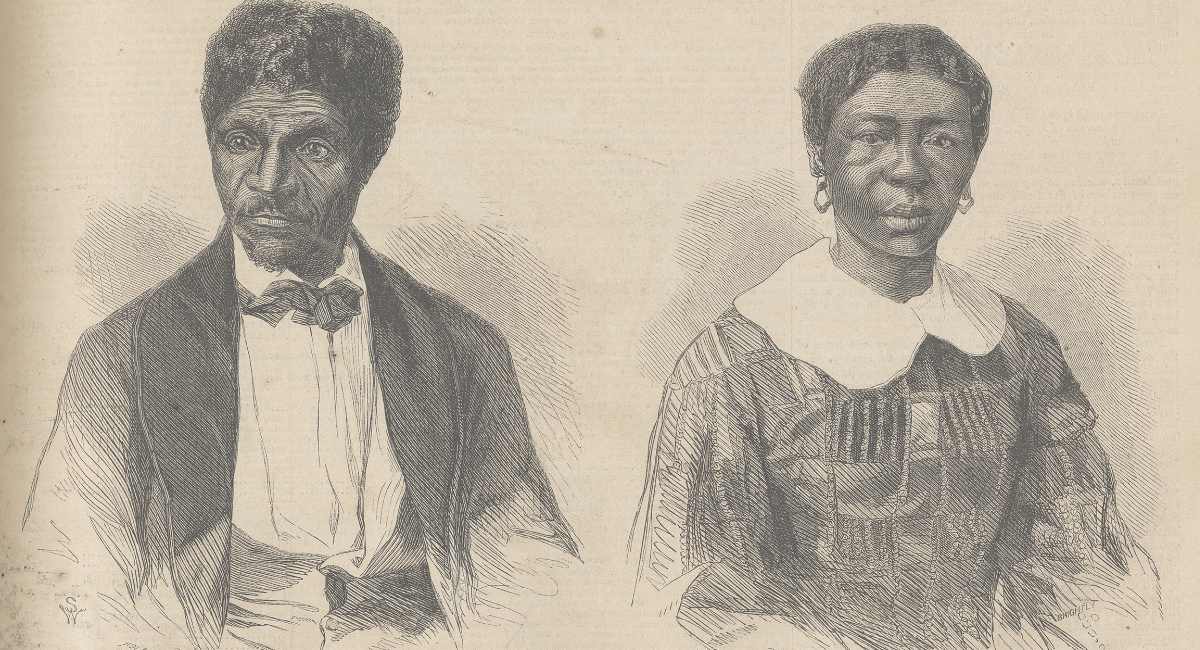 The year was 1976. I was sitting in high school history class at the all-boys Catholic high school I attended in Toledo, Ohio. On most days, I may have been daydreaming about playing football. But the lesson on this particular day was the Supreme Court’s Dred Scott decision. I was all ears. You see, I was the only black kid in the class, so you can imagine things got a little awkward… for myself and for the teacher who was giving us a lesson on this pivotal moment in our nation’s history.

But I will never forget the feeling I had when I learned about this infamous decision. I remember thinking, even as a teenager, “How could such a terrible injustice be allowed to take place? And how could the Supreme Court of the United States endorse and codify such injustice!?”

If you don’t remember, Dred Scott was a slave in Missouri who had escaped to the free state of Illinois. However, his master claimed that he was still his property, and therefore should be returned to him as a slave even though he was now living in a free state.

Now, you might be thinking, “what does this have to do with abortion?”

How can this be? Well, the law, with the support of a pro-choice culture, has determined that a child can be left to die because the mother of the child — in a legal sense — is the child’s owner. That child is essentially “enslaved” in the mother’s womb. And now, legally, even if the child “escapes” and finds “freedom” outside the womb, it still belongs to its mother, who has the power to ensure the child suffers the fate she wanted for it.

Remember, she was trying to have an abortion, the end product of which is a dead baby. In our consumer culture, she feels entitled to get what she paid for.

When I read about this vote in Montana, I had the same feeling as when I was 14 years old and learned about the injustice of the Dred Scott decision. Dred Scott found freedom, but he still belonged to someone else. That slave master ordered a slave, and he was going to get one.

A child can survive an abortion in Montana and find the freedom of life… but that child still belongs to the mother. She ordered a dead child, and she’s going to get one.

Think about it this way. Imagine you’re passing by a hospital and you’re somehow able to see through the window. Inside, you see a helpless newborn baby lying alone on a cold, steel table. It clearly looks like it’s in trouble. It’s crying. It’s writhing around in obvious discomfort. Now, you would think that the most appropriate response would be to try and find immediate medical help for the baby. You would ask “why is this baby being left to suffer without medical care?” It’s in a hospital after all.

But in Montana, and other places in our nation, that’s actually the wrong question. The “right” question is “was that baby aborted?”

Indeed, this is, in the most perverse way possible, the moral question to ask. Montana’s voters have determined that the right thing to do is to leave the baby to die. It may have found freedom for a short time, but it still belongs to its mother, who asked for it to be aborted.

How can such injustice be allowed to take place? Well, the more things change, the more they stay the same.

Sadly, human beings can be pretty predictable. The Bible tells us everything we need to know about human nature. “We are all sinners and fall short of the glory of God.” Our sin causes us to be selfish and to look out for our own interests above the interests of others… especially the vulnerable. It is why we can view the unborn as lives worth sacrificing, not as lives worth sacrificing for. Abortion, we are told, allows us to have better lives for ourselves. The same was true with slavery.

Owning slaves would allow slaveholders to have better lives for themselves. So, we build laws and make decisions — like the Dred Scott decision and the recent vote in Montana — that protect our “right” to these better lives, while sacrificing the lives of the most vulnerable and powerless among us. Different eras. Different circumstances. Same sin.

But as Pro Abundant Life people, we believe that every human life is precious and worthy of protection. So, let’s pray that our nation comes to believe as we do about the value of human life, and the value of the mothers and fathers who need our compassion, hope, and help every day so they can choose life for their unborn children and abundant life, in Christ, for their families.