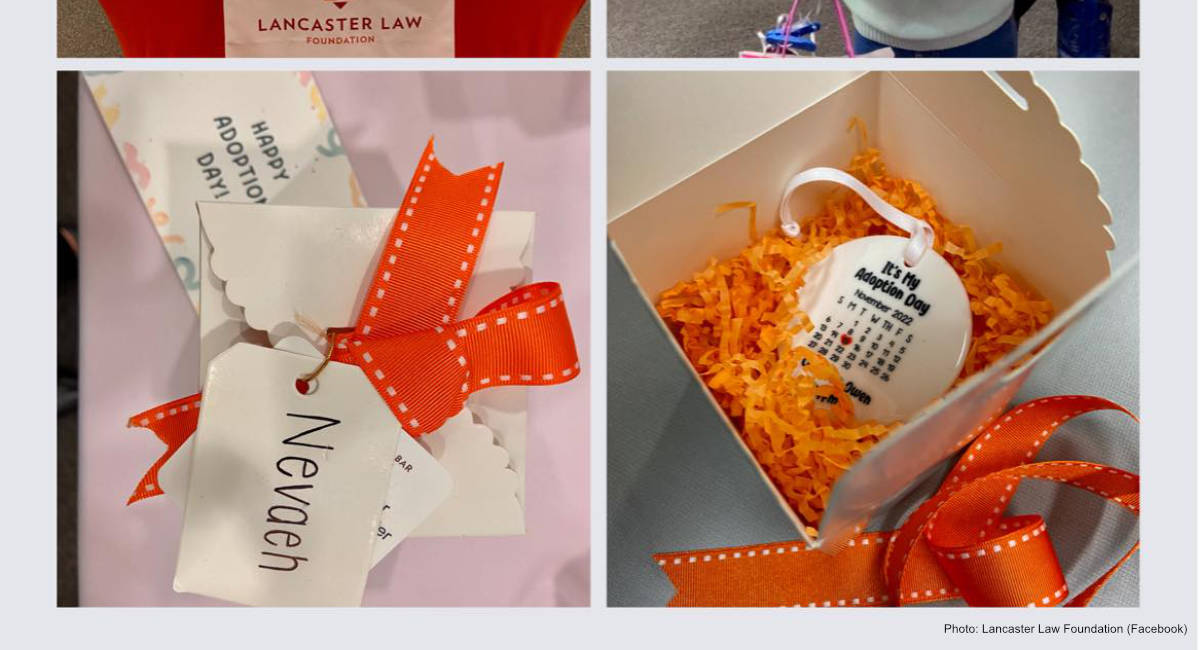 November is National Adoption Month, and for nine Pennsylvania families, it took on a special significance as 12 children found their forever families.

Organized by the Lancaster Bar Association, the group of new lawyers helped to make the day special for the happy families. They greeted the families as they arrived, handed out gifts and treats, and even a personalized ornament for each child with their adoption date on it.

Sonya Hartman adopted two-year-old Bryce, the third child she’s adopted, after adopting Madilyn and Liam in 2012 and 2015. She’s been fostering Bryce since 2021. “I feel an overwhelming peace,” she told Lancaster Online. “You’re waiting and waiting for the phone call, and then suddenly, it happens.”

Judge Jeffrey Reich has overseen adoptions since 2020, and said his job is always enjoyable. “It’s a thrill to see these families come together,” Reich said. “The kids are already bonded. I just make it official.”

That was certainly the case for Kevin and Liz VamPelt, who adopted their four-year-old son Anthony after three years of fostering. “It’s weird that he’s becoming official now because he has always been a part of our family,” Kevin said.

Cambrie Miller, lawyer referral service coordinator for the Lancaster Bar Association, told Lancaster Online that this is the first time the group has participated in an Adoption Day ceremony, and it was special for them, too. “As Judge Reich says, this is ‘happy court,’” Miller said. “Adoption cases are definitely a highlight of our jobs.”

Through National Adoption Month, the Children’s Bureau looks to raise awareness of not only adoption, but of children living in the foster care system, and in particular, the need for teenagers to be given the love and support of a family.

Each year celebrates with a new theme, and this year’s theme is “Small Steps Open Doors.” Though adopting someone, especially as a teenager, out of foster care is intimidating for many, taking the first small step towards permanency can open the door to the lifelong family filled with love, happiness, and support that every child needs.