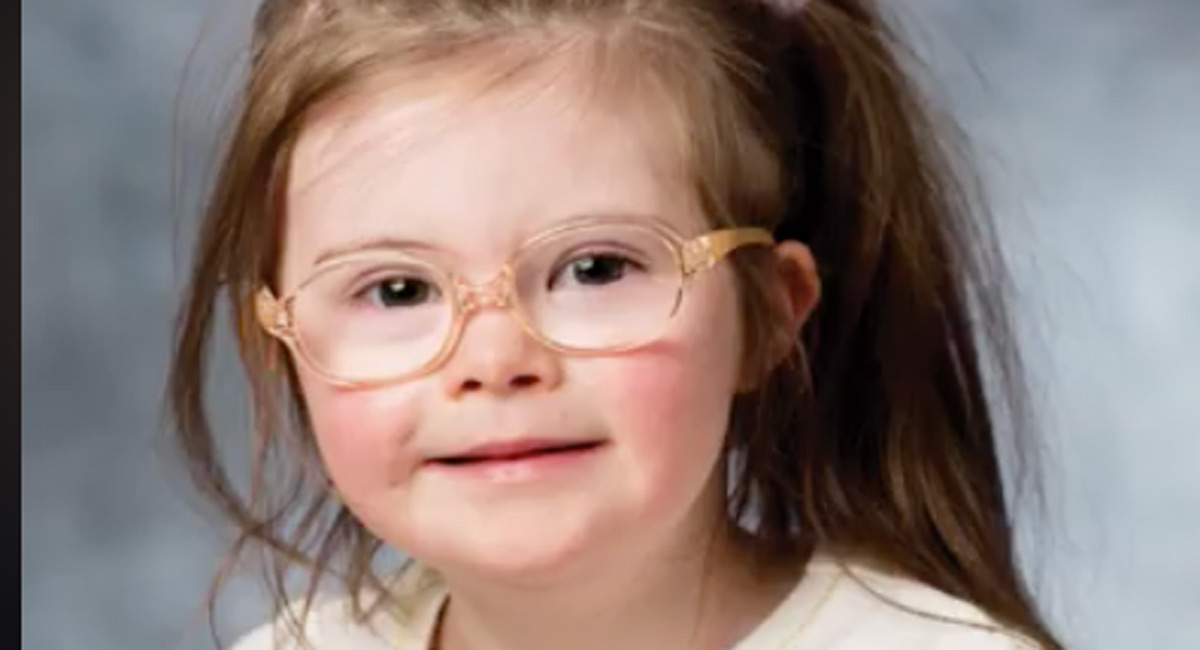 The 21 Faces children of 2018 are some of the most unique and beautiful models viewers have seen. The Down Syndrome Centre, an organization dedicated to providing support and services for families in Ireland, has released its third campaign, in which it invites viewers to look beyond the extra chromosome these children have, to see what actually defines them and makes them uniquely them. The campaign explains:

21 Faces is the Down Syndrome Centre’s annual campaign to celebrate the uniqueness and diversity of children with Down syndrome while also aiming to challenge some of the misconceptions about Down syndrome along the way….

It is often easy to recognise that a person has Down syndrome, but people with Down syndrome are not a homogenous group – they have the same extra chromosome but it does not define them – they are as unique and diverse as the rest of us!

READ: Meet Kayla McKeon, the first lobbyist with Down syndrome

Indeed, these 21 faces are no less endearing than the shining faces of any happy child who gets to show off his or her awesome self to the world in a photo shoot. Take, for example, little Archie, who any viewer can see would be a joyful child to have around. This baby of the family, who is soon to be a big brother, looks like a bundle of energy who will embrace his new sibling with love. 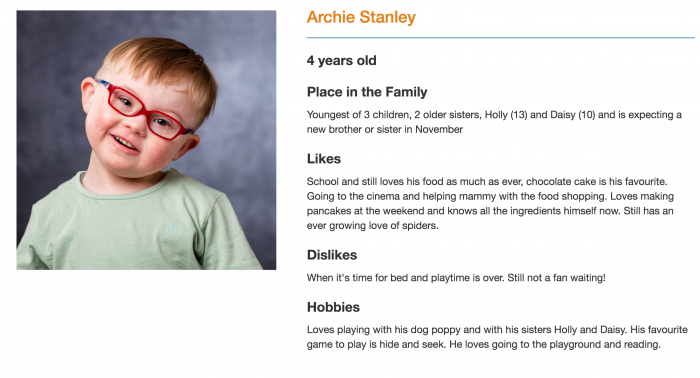 But testimony from his mom gives even more insight into who this adorable child is:

Archie has a certain charm about him that only people that have met him will know exactly what I mean. He never ever stops talking, ever, even though he needs to work on his clarity that won’t stop him, he’ll chat away to anyone he meets. He is impatient, stubborn, mischievous and tests my patience at the best of times but he has the most charming smile and infectious laugh and the kindest heart.

Archie’s mom’s pride and joy in her son is echoed by his teacher as well.

Then there’s Faye, who looks exactly like her profile describes her: a young girl who likes to be the center of attention, and doesn’t like when she doesn’t get her own way.

READ: Pizzeria in Rome highlights dedicated employees with Down syndrome

She is very independent and doesn’t like to be rushed which usually results in telling me to ‘have some patience.’…

Faye recently took part in a stage show with her Drama Class and loved every minute of it.

Her style and charisma is second to none, and this girl has brains to burn.

Archie and Faye are only two of the 21, whose faces remind the world that their identity is not rooted in their 47th chromosome, but in their unique individuality. These children share the same personality traits, interests, and attitudes that every other child in the world might have.

21 Faces is one of several campaigns from the Down Syndrome Centre, which advocates for Down syndrome families.

The Down Syndrome Centre, based in Cabinteely, Co. Dublin, opened in 2014 with the aim of addressing the increased cuts and lack of accessibility to relevant services for children with Down syndrome. Our mission is to provide services and facilities to enable children with Down syndrome to have the same opportunities in life as their peers, to feel included in society and to enable them to reach their full potential.

We believe that every child with Down syndrome should have the opportunity and the right to reach their full potential and live as independent and fulfilling lives as possible. We hope our campaigns really help to promote inclusion, acceptance and an understanding that having Down syndrome is just a part of a person, it does not define them. With this in mind and with the right inputs in place we believe that children with Down syndrome have a real chance to thrive in this world.

The 21 Faces campaign is just another reminder that an extra chromosome still produces a valuable human being, worth as much as any other person on the planet — and a human being with just as much of a right to life.