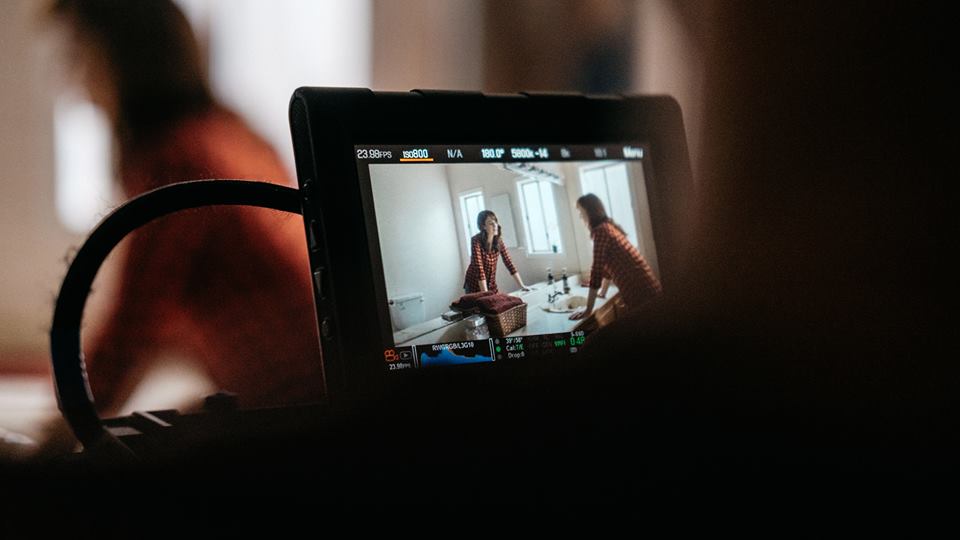 “Penny: Portrait of a Birth Mom” is a ten minute short film about the true story of a woman who, in the midst of her second unplanned pregnancy, chose the bittersweet path of adoption. The poignant short, with its gently rolling narrative and visuals, is a complete production in itself. But it is also a glimpse from “The Matter of Life,” a feature-length documentary that surveys the pro-life dialogue.

Director Tracy Robinson has helped companies communicate through video for years, and in the process encountered work that made her rethink an issue crucial to women’s lives.

“One of my first clients was Ventura County Pregnancy Center,” Robinson, founder of Mercy Tree Media, tells Live Action News. Making videos for the pregnancy center was a monumental experience for Robinson. “I never knew what pregnancy centers were,” the California native recollects.

“I mean, if you were to ask me at that point, at age 25 or so, I could have only referred to Planned Parenthood as far as a center having to do with women or pregnancy. So that was a huge eye opener, just to visit the pregnancy center for the first time and know that this is an option that women can go to. I knew that this wasn’t talked about, I knew that it was very word-of-mouth and underground, and more people should know about this.”

But it wasn’t until January 2016 that the path she was meant to take became clear. One day while waiting in the car with a book in hand, inspiration struck. “It just sort of dawned on me – it was an idea that wouldn’t leave me alone – to do a short documentary about pregnancy centers,” says Robinson. “I couldn’t concentrate because this little idea wouldn’t leave me alone. It was nagging.”

While brainstorming the documentary, Robinson initially didn’t consider the subject of abortion. “In the documentary I was going to do, I just going to kind of ignore the abortion issue, because in my mind, it was too grey of an issue,” says Robinson, laughing at the irony. 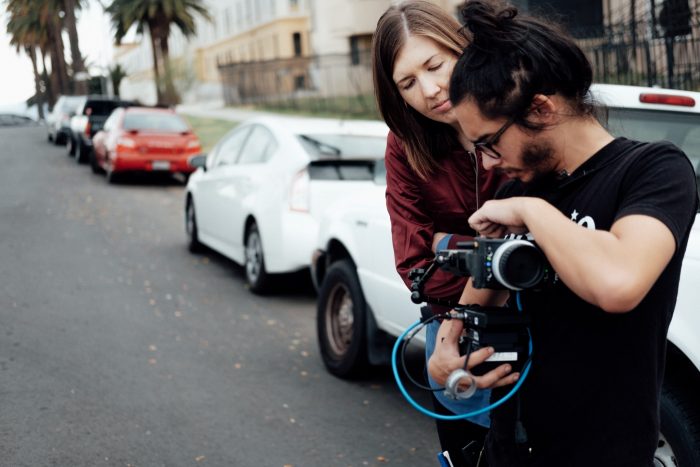 “I was actually of the thinking, ‘I’ve never had an abortion, I’ve never been pregnant,’ it was not an issue that I was passionately against or for or whatever. I kind of just subscribed to what a lot of people in my generation just parrot…. I had stories of women who had been hurt by abortion, so I knew it was bad, essentially. But I thought it was so huge, so hairy, so impossible to talk about.”

This was around the time California’s AB775 act compelled pregnancy centers to conspicuously promote abortion, which began to bring abortion to the forefront of Robinson’s attention.

Then one night she attended a pro-life talk from the apologetics Stand to Reason series presented at a local church. “In about two hours Alan Shlemon presented the pro-life point of view with logic, and science, and reasoning, and clarity in a winsome way, and in a non-preachy and non-condemning way,” says Robinson. “It was just so simple to me at that point, and I was thinking of the skeptic audience, and I thought, ‘yes, this can work for them too.’ So that was kind of a watershed moment for me.”

Robinson immersed herself in research. “I just became aware of this whole world of what abortion is and does, and what the pro-life movement is doing in many, many facets,” says Robinson. Gradually, a void she couldn’t resist filling became apparent.

“I notice a lot of documentaries, they’re already kind of decided in what they believe, and they’re not willing to hear out the other side, or empathize with opposition,” explains Robinson.

“That’s kind of my goal – to take people on a journey of discovery and help them understand: If they already are pro-life, why they are pro-life, and if they’re on the fence, what are all these pro-life people talking about? Why are we so passionate about this? I want to present not only the problem and the reasoning and the issues, but also show that there are amazing organizations doing great things.” Robinson intends to address fair and difficult questions, including what to do about women seeking back alley abortions if and when abortion is outlawed.

Robinson’s vision for the documentary covers a range of stories, the first of which is the open adoption story of “Penny,” who thus far is the only participant who wishes to veil her identity.

“Before filming her interview, ‘birth-mothering’ was a vague concept to me,” says Robinson. “But then I listened to her story, and I was amazed at the beauty, heroism, and love that goes into being a birth mother. Adoption is truly a loving sacrifice for people like Penny.” 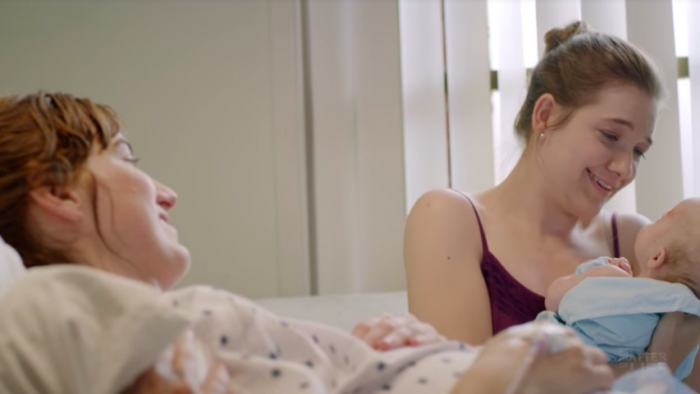 Leona Worcester and Rebekah Cook in “The Matter of Life.”

After raising more than $20,000 through crowd funding, Robinson and producer Bryan Fellows of Digital Paradigm decided the next step would be to film a portion of the documentary to bring awareness to the project and the message. Penny’s story was a natural start.

Robinson proceeded to cast the short film right out of Los Angeles, which initially proved to be a surprising success. But as they neared the shooting date in October 2017, actors began dropping out of the production, most citing the film’s pro-life theme as the catalyst.

“They were told that it was a pro-life piece, so I was really confused why they would drop it the last minute,” says Robinson, who quickly reached out to independent Christian film connections on Facebook for help. A mere week or two away from filming, the lead actress canceled, which prompted the filmmakers to consider actress and writer Leona Worcester for the role.

“I was at the car dealership waiting on my car to get its tires rotated, of all things,” says Worcester, recalling when she received the first message. The part turned out to be a perfect fit not only professionally, but personally. Adoption is near and dear to Worcester, who has two little sisters by adoption. At the time of filming “The Matter of Life,” she also happened to be 10-11 weeks pregnant with her daughter, Zoe (name changed for privacy).

“The cast took really good care of me – even scheduled me naps in the middle of the day to accommodate my first trimester drowsiness,” Worcester remembers.

For one shot, the crew needed a positive pregnancy test as a prop. “All of a sudden I realized that no one was talking and everyone was looking at me,” Worcester laughs. “So Zoe helped with that. We joked about giving her associate producer credit for it, but I don’t think that happened.”

The adoptive mother was played by actress and acting coach Rebekah Cook. “I’m also a doula in real life, so that was really fun, to portray that on screen,” Cook told a Facebook Live audience from the set.

“I’m glad that those [original] actors backed out, because I’d rather not work with somebody who doesn’t agree with or understand the heart of the project,” reflects Robinson. “I was just really glad and blessed and amazed to have found Leona and Rebekah, respectively, because their hearts agreed to the message of the project. I didn’t have to walk on eggshells or be sensitive to differing point of view. They were so onboard and we had such a meeting of the heart.”

The short film has been released on YouTube, but the full documentary, which will have a theatrical release, is still in production. Tax-deductible donations towards Robinson’s $50,000 goal can be made here.