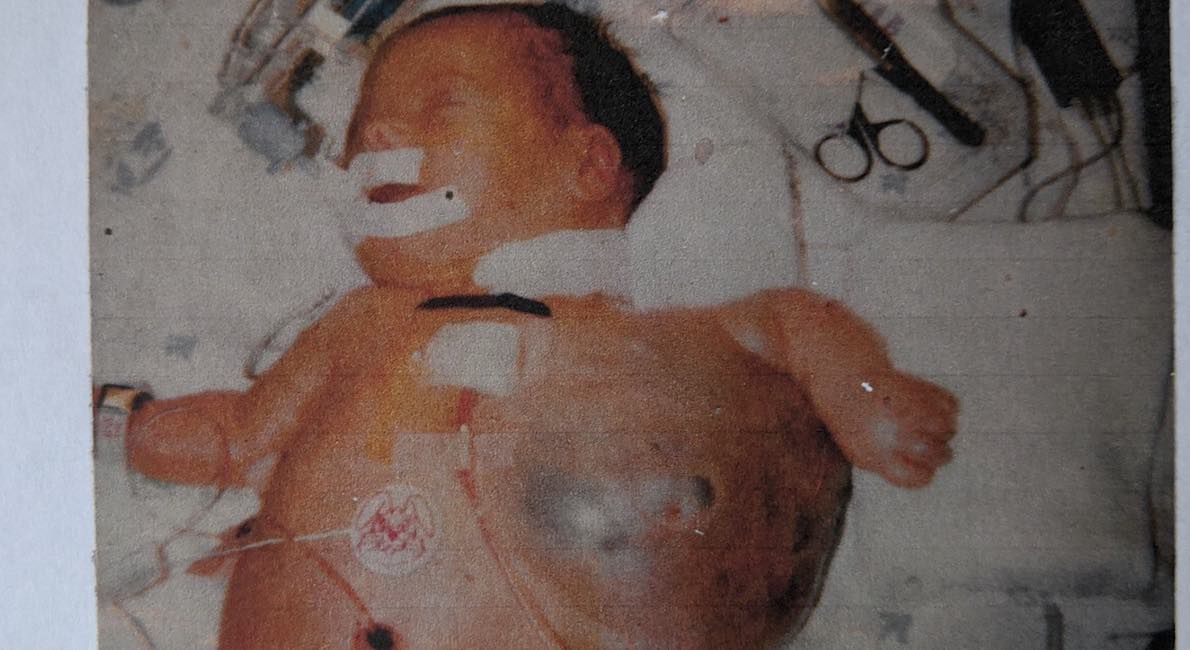 The two expectant parents, Debra and Kenneth, waited in the examination room for the doctor, who had some urgent news to give regarding the development of their baby. The two were considered at the time to be beyond the age for having children.  This was especially true for the father, who was only months shy of his 60th birthday. Despite this, the couple was optimistic.

Much of that optimism would soon turn to fear, as the doctor noticed something was wrong. It appeared the couple’s unborn baby boy had a rare condition known as cystic hygroma. The parents had not heard of the condition, but judging by the seriousness in the doctor’s voice, it was apparent there would be a long road ahead.

The two were devastated. Although, there had been concerns about how the child was growing, the news seemed almost unreal.  They traveled to the doctor’s office quite frequently and Debra had received far more ultrasounds than the average woman faced with pregnancy. Now they understood the reason for such frequent visits. It appeared that the baby was developing this very rare condition, with less than 10% resulting in a successful birth.

At that time, the option of abortion had been legal for less than 18 years, but Debra and Kenneth were given that choice. Doctors made it very clear that Debra’s life was at risk in continuing the pregnancy. If she followed through, giving birth, it could result in her death and her baby’s. The chances of her baby surviving the birth process were slim. 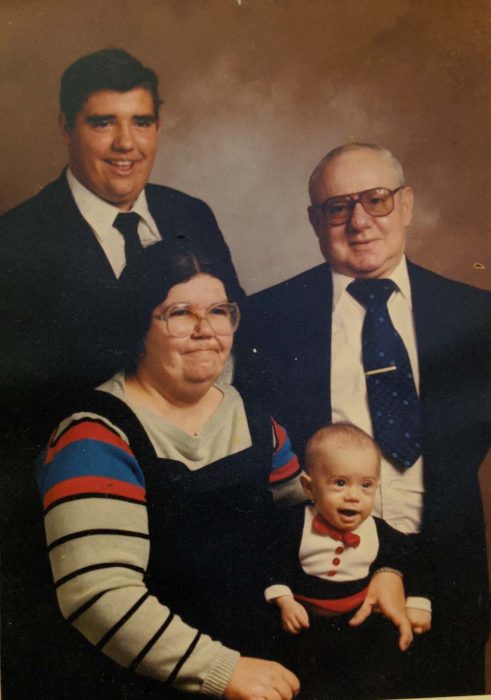 Abraham as a baby with his parents and brother

The doctor gave them time to consider their options. Kenneth, who had had a lifelong battle with epilepsy, felt he was to blame for the situation. This was his first child and he hated the thought of taking his life before it began. At the same time, he was scared for the safety of his wife. They had been married for less than a year. With her gone, he could be left with the responsibility of raising Debra’s teenage son alone.

The emotional torture was overwhelming but Debra knew in her heart that she would choose life. She had been Christian for only a few months, but was faced with exercising faith far beyond her years of spiritual maturity.

Debra and Kenneth chose life, but the journey was not easy. Debra held on to Hebrews 13:5, which reads, “Let your conversation be without covetousness, and be content with such things as ye have, for he hath said, I will never leave thee nor forsake thee.”

For several months, they faced fears about whether their baby would make it to term, and their family and friends had questions as well. Meanwhile, trusting in God to bring them through it all safely, the two decided that they would name their child, whom they learned was a boy. Eventually, they settled on Abraham Eugene Kline, sharing the same middle name as his father.

That baby was me – I am Abraham Eugene Kline.

My due date was April 10, 1991, but instead, I arrived one month prematurely, on Sunday, March 10, 1991. My mother, Debra, had a Cesarean section, and immediately, I was rushed to intensive care. No one knew whether I would survive, even though I had made it through the birth process. Such a glorious occasion would typically be celebrated with holding the newborn, photos and all around happiness. Instead, my parents had to wait and pray that I would survive the night. My mother didn’t get to hold me for nearly a month.

READ: Parents refused abortion and got a miracle: ‘Nothing is too big for God’

At three days old, I had my first surgery. Evident by early photos, I had numerous protruding masses on my neck, left arm, and chest. Many of my doctors described my condition as the most advanced case of it they had ever seen. Because of the seriousness of the surgeries, they took place in Pittsburgh Children’s Hospital, an hour from my parents’ home. My parents made several trips to Pittsburgh, and still didn’t get to hold me. They could only reach through the incubator with special sterile gloves. 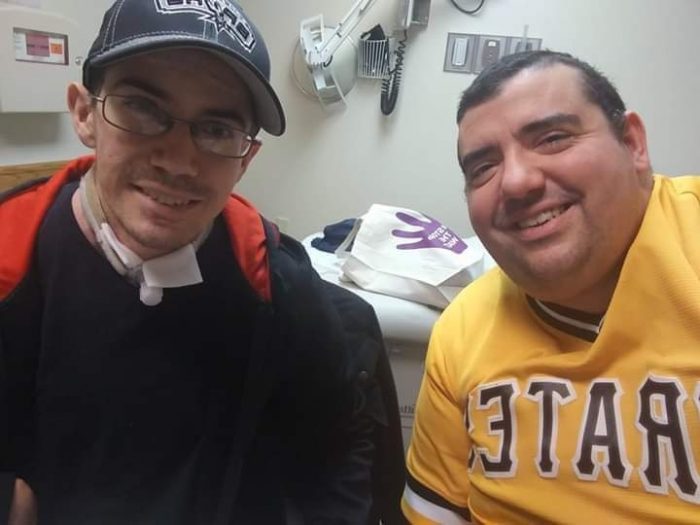 Abraham (left) and his brother Nathanael

Following a long month of surgeries and countless uncertainties, my parents were able to hold me for the first time. Soon, I went home and the family breathed a sigh of relief. Throughout the journey, my parents had a tremendous support group from family to church members who sent up several prayers on their behalf.

My grandmother, Olive, often remarked to me on our family’s experience, “They said you wouldn’t live past four years old. You truly were a miracle baby.”

Despite going through months of emotional pain, my family knew this would not be the end of having their faith tested.  Because of the extensive cystic hygroma, I needed constant breathing treatments and countless trips to the doctor and hospital.  Yet every step of the way, my parents faced the challenges with the same unshakeable faith that helped them so many times before.

That first day in the doctor’s office was the beginning of many ups and downs. Yet even in her hardest days, my mother continued to love both her boys, Abraham and Nathanael. I’m now 29 years old, and I am still amazed to this day at the faith of my mother and father.