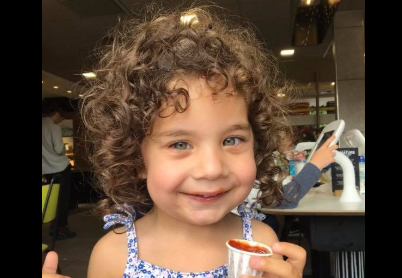 A girl born with a rare “mirror heart” continues to astonish doctors. According to the Liverpool Echo, Riziah Moazzeny’s family was told she would not live to birth due to health complications identified in the womb, but today she is three.

Riziah’s parents, Naomi and Farzam, told the Echo that they discovered concerning issues at ultrasounds throughout pregnancy. Naomi said, “When I went for my 12 week scan I was told our babies [sic] life would end while I was pregnant.” The couple was told they could end their child’s life in abortion, but they refused. Naomi explained, “[W]e told doctors that this had been our baby since we saw that blue line and there was not a chance we were terminating this pregnancy.”

As the pregnancy progressed, they received more concerning news at each ultrasound, ultimately leading to the identification of Heterotaxy Syndrome, a rare condition that affects the development of internal organs, and, in Riziah’s case, resulted in a “mirror heart.”  Instead of a fully functioning heart, Riziah had two left sides of her heart in mirror image.

“Her heartbeat was half of what it should have been,” said her mother. “She needed to be over 2kg when born to be able to have heart surgery.”

Riziah was born at 37 weeks weighing five pounds, 13 ounces, and underwent life-saving heart surgery at nine days old. She will undergo open-heart surgery in the future and continues to suffer the effects of her rare condition not only in her heart but also in her liver, bowel, and spleen.

Now three years old, Riziah continues to surprise her parents, brother, and medical team with her strength throughout frequent hospitalizations, and her name has proven to be a perfect fit.  Her mother explained, “When I was pregnant, we didn’t know if we were having a boy or a girl as we wanted it to be a surprise. But we would call my bump ‘baby Rizzi’ after the word resilient and decided to make up a name to reflect that.” Riziah continues to be a remarkably resilient, and joyful, girl.

Naomi said, “She is the most happy and sweet little girl you will ever meet. When people meet her and they find out all she has been through and all that’s going on inside her they are gobsmacked. She doesn’t let anything stop her.”

Reflecting on her daughter who has beaten such incredible odds already in her short life, Naomi said, “She is such a sassy, feisty and strong little girl.”

Stories like Riziah’s, and so many others, show that doctors often cannot predict the course a human life will take and complex medical challenges do not justify intentionally ending a life through abortion.