An OB/GYN in Argentina was found guilty on Monday of refusing to carry out an abortion after a woman who was 23 weeks pregnant took the abortion pill. Dr. Leandro Rodríguez Lastra is the head of gynecology at Pedro Moguillansky Hospital and is said to have saved the woman’s life.

Abortion is legal in eleven Argentinian provinces, but only in cases of rape, endangerment to the mother’s life, or when the mother is mentally disabled and is the victim of sexual abuse. The majority of gynecologists in Argentina are conscientious objectors, but Rodríguez Lastra was not registered as one, and therefore, the prosecution says he was obliged by law to commit the abortion.

According to CitizenGo, Rodríguez Lastra was charged and found guilty of failing to carry out his duty as a public official in 2017, when he refused to finish the abortion of the viable child whose 19-year-old mother was a victim of rape. It is important to note that the mother was in agreement with his plan to save her life and that of the child, according to CitizenGo. It is not the mother who has taken Rodríguez Lastra to court, but Representative Marta Milesi, a pro-abortion activist. 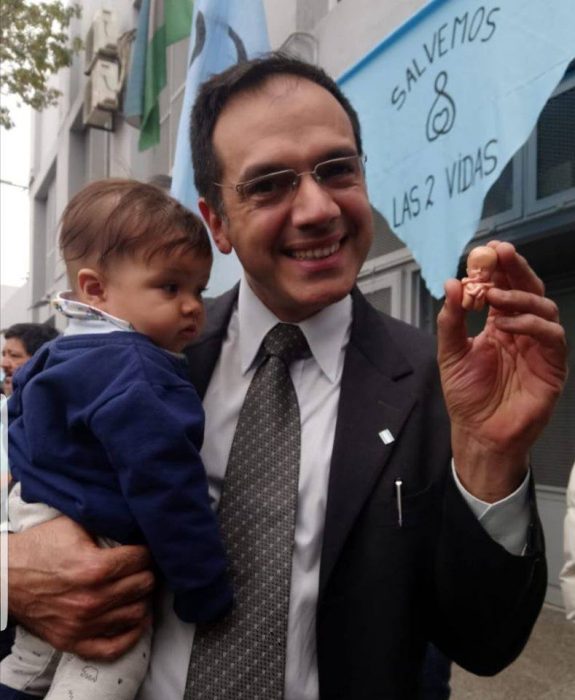 The young woman first went to the Fernandez Oro hospital where she was referred to Pedro Moguillansky Hospital for an abortion, but doctors from the initial hospital admitted in hearings that they told her to go to the feminist NGO “La Revuelta,” and never gave complete health information to doctors at Pedro Moguillansky Hospital. According to LifeSiteNews, the woman arrived at Pedro Moguillansky Hospital in severe pain, stating she had been given Misoprostol to induce an abortion and asking for the doctors there to complete the abortion. According to CitizenGo, she had been given the abortion pill at nearly six months pregnant by a non-medical organization. Taking the abortion pill after 10 weeks increases the risks to the mother’s health.

Rodríguez Lastra determined that she had an infection and was in danger of septic shock. She was at risk of losing her uterus and of dying. An obstetric expert testified that this diagnosis was correct, and that Rodríguez Lastra saved the woman’s life.

“This case confirms that the intention of the promoters of the legalization of abortion is that it can be practiced without limit in the time of pregnancy,” said Rodríguez Lastra.

Rodríguez Lastra, the mother, hospital management, neonatologists, psychologists, and social workers all agreed to treat the woman and not allow the abortion to be completed. The plan was to perform a C-section at 35 weeks, giving the child and mother both a chance to live. The Ministry of Health and the Family Judge agreed with this decision. The baby was born and placed for adoption.

“We are convinced that Leandro’s performance saved the life of this young woman who had been abused and saved the life of a child who is with her adoptive mother,” said Dr. Damián Torres, one of the defense attorneys.

Over 130,000 people have signed the petition in support of Rodríguez Lastra. His sentence, which could range from suspension from practicing medicine to two years in prison, has yet to be determined.