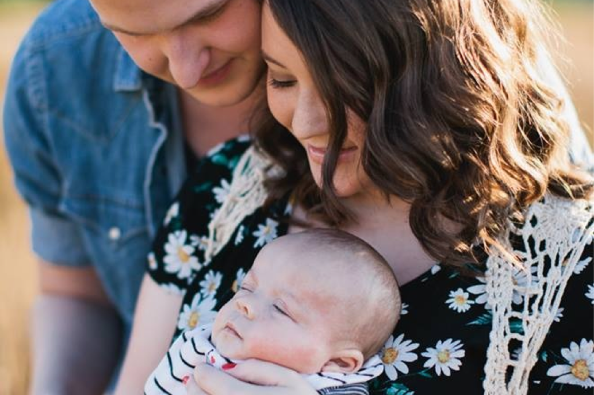 On August 11, 2013 Hannah Katelyn Peters experienced the most unforgettable moment of her life. That late summer day, Hannah and her husband Sully fell in love all over again. That love came in the form of a precious boy named Jude. A boy who was born with a condition called Rhizomelic Chondrodysplasia Punctata, a lethal form of skeletal dysplasia.

In her blog ‘Raising Jude’, Hannah tells of the challenges and joys she’s encountered through pregnancy and the birth of her son. In an entry Hannah shares the words she once spoke to her sister, words that would later prove to be prophetic.

A week after that conversation, Hannah received an alarming prognosis about her pregnancy. The tension escalated when a doctor encouraged her to abort. In her own words she said, ‘Early on in my pregnancy they started to see all the signs that Jude had a form of skeletal dysplasia. From then on, I was strongly encouraged to terminate and try again. I was told things such as “you’re young, you can just try again”, “what quality of life do you think this baby will have?”, “do you really want to make this baby live like this?”, “this is not your normal baby.”

In great emotional turmoil Hannah came to a realization that God chose her to be her child’s mommy. She trusted God knew her heart could handle it and that she would love her baby regardless of the challenges. Hannah and her husband Sully believed God specifically selected them to parent Jude. In a post called, ‘I Chose Life’ Hannah declares, ‘I am so grateful that I was one of the mothers who said no to the doctors and chose to give this innocent baby a chance at LIFE..every baby deserves a chance at life.’

The couple has come far since first hearing the news of Jude’s condition. They are a strong team working together to care for their son. Since Jude’s birth people have told Hannah that he may not make it through infancy. They’ve asked her if she’s prepared herself for that. She bravely spent months pondering that reality. Jude has a cartilage deficiency, his shoulders and hips are out of place and he had congenital cataracts, before a successful surgery removed them.

According to an MRI Jude has a spinal cord tether, spinal stenosis and an unstable neck. He is currently in speech, physical and occupational therapy weekly with a great medical team. Even with those challenges a smile is still found on his little face. He’s already beaten the odds and done the opposite of what doctors imagined. It’s no wonder his family and friends call him the ‘Brave Little Warrior’. 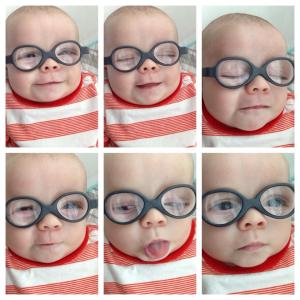 In an entry titled, ‘No Expiration Date’ Hannah writes:

Jude may have some issues that require extra attention and he may deal with pain from time to time. But Jude is here, he is breathing, he is fighting and he will continue to fight.

So I don’t look at Jude and see his disorder, I will not find his identity in that. I look at Jude and I see a Brave Little Warrior. I will not put an expiration date on my baby. And I am so proud that he has already far beaten the ones that medical professionals tried to put on him.

I know that God is the ultimate physician; no earthly man can tell me what is going to happen. Jude has proved to be a fighter and I will continue to fight for and with him and give him anything he needs.

So no, I am not preparing for the worst. I am praising God for the best that I have already seen.

I will praise him because Jude is fearfully and wonderfully made.

The love Hannah and Sully have for their son is inspiring people all over the world. To keep updated on Jude visit the Facebook Page- Pray for Jude Sullivan Peters and his family’s Go Fund Me page.