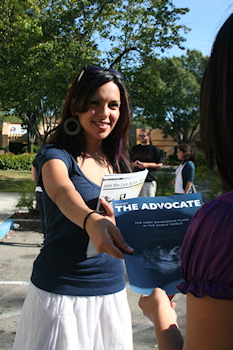 On Friday, a judge in the Western District of Wisconsin ruled against a temporary restraining order in a lawsuit brought to stop a new ordinance that provides for restrictions of free speech within a 160-foot zone radius of health care facility. The ordinance does not allow anyone to come within 8 feet of someone within the 160-foot radius to “1. Pass a leaflet or handbill to the person.  2. Display a sign to the person. 3. Engage in oral protest, education or counseling with the person.”

According to the decision issued by Judge Conley:

The court concludes that plaintiffs are not entitled to a temporary restraining order with respect to the Ordinance, because they have not yet shown any likelihood of success on the merits of their case.

According to Attorney Matt Bowman of Alliance Defending Freedom:

The right to leaflet on a public sidewalk is a crown jewel of the First Amendment’s protection of free speech, but the city stole that jewel with its anti-speech ordinance. That ordinance is highly unconstitutional, so we have asked the court to put a stop to it.