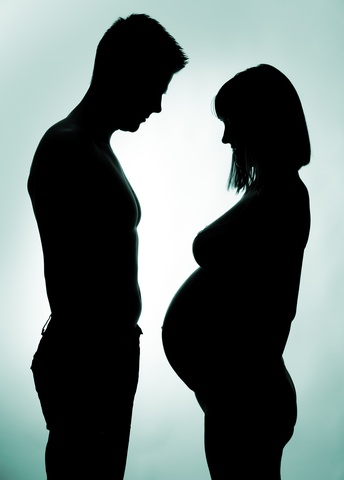 Considering the premise that men disproportionately dominate the pro-life movement is so undeniably, laughably false, it’s tempting to simply dismiss the conclusions Patheos blogger Bob Seidensticker draws from it about pro-lifers’ alleged lack of fairness and understanding toward pregnant women. But it’s a pervasive narrative that pro-aborts won’t let a little thing like “facts” interfere with, so it demands a thorough debunking whenever it rears its ugly head.

While ostensibly conceding that the merits of abortion arguments are what they are regardless of who’s making them, Seidensticker still claims there’s “an important point that is rarely acknowledged, since only a woman can have an abortion”:

[O]ur 60-something male apologist will never, ever completely understand what it’s like to be 15 and pregnant, faced with disapproving parents and ridicule from classmates, seeing her life plans crumbling around her, dealing with pro-lifers shouting “murder!” at the suggestion of an abortion, and wondering how she’s ever going to get her life back on track.

If the male apologist wants to comment on the topic, that’s fine, but a big dose of humility (and sympathy) would make his opinion easier to take.

Right, because the situation never crosses our minds. Pro-life men don’t have any women with such experiences in our lives. We don’t consider, think about, discuss, read, or write things like this, or this, or this, or this. Nope. Uh-uh. Doesn’t happen.

It’s telling that our analyst offers no examples of pro-life men displaying any such hubris. But we see this all the time. In lieu of anything resembling evidence, typically the informed, responsible pro-abort is to simply assume that someone who dares assert opposition to legal abortion cannot possibly have given all sides sincere, careful consideration—that the mere act of opposing abortion constitutes the very disregard and arrogance they assail.

So tell me, who is it that has a deficit in humility and sympathy?

He next makes an analogy to Rob Portman, the Republican senator who famously dropped his opposition to same-sex marriage last year upon learning that his son was gay. “[W]hy did it take a gay son to bring about this turnaround?” Seidensticker asks:

Maybe the Portman Effect is what we’re seeing with male pro-lifers. They’re not going to get pregnant, so it’s easy to be pro-life. Any downsides from continuing an unwanted pregnancy don’t directly affect them. Like Portman, they can’t put themselves in the shoes of someone going through this unless it actually happens to them. As men, it never will.

Perhaps they would see things differently if their own 15-year-old daughter got pregnant. (That’d be a great study: look at pro-life parents of teen girls with an unwanted pregnancy and see how many insisted that the same rules applied to their kid vs. how many rationalized that an exception was necessary, just in this case.)

Gee, you mean like, say, the Palin family? You’ll note that Sarah’s pregnancy with a Down syndrome son and Bristol’s unplanned out-of-wedlock pregnancy haven’t exactly inspired pro-aborts to treat them with a bit more “humility and sympathy.” When was the last time you heard an abortion defender say, I may not like Sarah Palin, but at least she’s actually walked the walk, so I’ll listen to what she thinks about abortion with an open mind?

And while it’s true that personal experience should be considered (albeit a banal point, since it was never in dispute), this is a good opportunity to point out that it can be a double-edged sword.

Imagine a police officer who relishes cracking down on DUIs until it’s his teenage son drunk behind the wheel. Naturally, the effect punishment would have on his son’s future would be far more prominent in his reaction than the futures of strangers’ kids. So the empathetic choice to pull some strings and make the charge go away must be the correct one, right?

Of course not. Personal investment in a situation is at least as likely to cloud our judgment as it is to illuminate it, to tempt us into ignoring what we know deep down is right because we lack the fortitude to say no to someone close to us. And when the emotional blinders and incentives to rationalize are as high as they are in abortion, that’s precisely when firm, outside objectivity is most needed.

The anguished pregnant teen Bob Seidensticker asks us to consider naturally deserves pro-lifers’ sympathy and support (not that pro-aborts will ever give us credit for it, but that’s another tangent). But the injustice of an unborn baby’s intentional destruction is true regardless of his or her mother’s emotional, familial, or economic circumstances, and pro-lifers will continue saying so, no matter how many pretexts to silence us pro-aborts send our way.