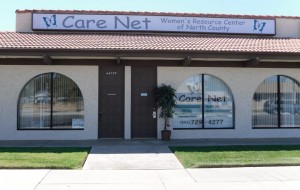 Women know exactly what they’re doing all the time, except they’re also too “confused” to understand what a CPC does.

But when it comes to Crisis Pregnancy Centers, abortion backers say these poor little pregnant women get confused. They aren’t shrewd enough to figure out whether or not they’re in an abortion clinic – so the government has to spell it out for them.

“It’s not enough to tell a woman who enters a crisis pregnancy clinic in Baltimore City that she will not be able to have an abortion there,” writes Baltimore Sun columnist Marta H. Mossburg. “A center must post a sign to share the information — or at least that is what City Council members voted for in 2009. The law is on hold pending yet another court decision.”

Pro-choicers have been hysterical about Crisis Pregnancy Centers for a long time. (Which makes me wonder – have they ever been inside a CPC? Because I have, and not because I confused it with an abortion clinic.) While short on specifics, they throw out accusations that these “fake clinics” are “deceptive” and “a threat” to “women’s health.”

There are anecdotal accusations online from abortion supporters claiming that CPCs that have lied about the results of pregnancy tests or verbally abused patients. If this happened at any of the 2,000+ CPCs in America, then of course the center involved should be exposed and shut down if warranted. But in general, pro-choicers act like it’s some sort of crime to help women keep their babies.

Back in 2006, the National Abortion Federation issued a major report called “Crisis Pregnancy Centers: An Affront to Choice.” If you understand “choice” as a stand-in for “abortion,” the title tells you exactly what their problem with CPCs is. But they proceeded to press pro-choicers’ main argument: the poor women get confused.

The women are confused when CPCs hire medical professionals:

Although CPCs historically have not employed medical staff, there is an emerging trend on the part of CPCs to gain validity by hiring part-time anti-choice medical providers and purchasing ultrasound equipment.

Emphasis mine. (As someone who spent part of my pregnancy uninsured, I struggle to see something wrong with free medical care. At least the NAF is on record opposing free services for pregnant women.)

The women are confused when CPCs advertise using words an abortion clinic might use:

Women faced with an unplanned pregnancy were most likely to look in the Yellow Pages under the words ‘Pregnancy,’ ‘Medical,’ ‘Women’s Centers’ and ‘Clinics.’ Accordingly, CPCs often are advertised under these categories, as well as “Abortion Alternatives,” and ‘Women’s Organizations.’ CPCs also advertise through posters, signs, and billboards that contain messages like, ‘Free Pregnancy Test,’ or ‘Pregnant? Scared? We Can Help! Call 1-800 #.’

Then there’s my favorite complaint: women get “confused” when CPCs “look like” abortion clinics:

CPCs’ deceptive tactics extend to their physical appearance as well. CPCs often design their facilities to look like actual health care facilities with a waiting room, a partitioned check-in desk, and an ultrasound machine. They typically locate themselves near clinics that offer abortions in a deliberate attempt to increase their legitimacy and lure potential patients away from receiving abortion care by capitalizing on patients’ confusion.

You can’t simultaneously oppose all “informed consent” laws on the grounds that women know exactly what they’re doing when they have an abortion – and then argue that they get disoriented when a CPC and an abortion clinic are located on the same block.

However, I suspect that the NAF’s real problem is not that CPCs have check-in desks and waiting rooms, but that they exist at all. While claiming to support “choice,” you get the distinct impression that they think there’s something sleazy about supporting women in the “choice” to continue a crisis pregnancy. That’s why they can’t admit the truth: most women enter CPCs willingly, looking for help, and they’re not confused about where they are.

For some, you can only be “pro-woman” if you encourage abortion.