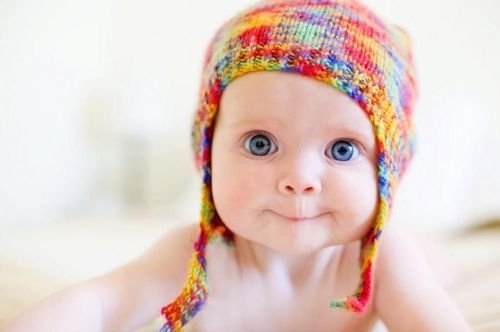 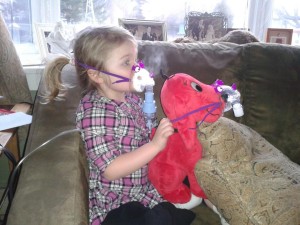 It’s something most every pregnant woman or father-to-be says: “I don’t care if it’s a boy or a girl, as long as it’s healthy.” Or, “All I want is a healthy baby.” It seems so natural, so caring, so perfectly the right thing to say. After all, no one wants his or her baby to be unhealthy. No one wants to look at a tiny infant and hear that he is sick. But is a healthy baby really all we want? Is it really what we want parents to want? Is it what we want parents of “unhealthy” children to hear us say?

I had a healthy baby for two days. She spent her first four days after birth in the Neo-natal Intensive Care Unit being tested for anything that might have caused the fever she had during labor. Nothing was found, and we were sent home with our healthy baby. Two days went by, and on the evening of that second day, we were told our baby had cystic fibrosis. She was not the “healthy” baby we had prayed for, spoken about, or expected.

But she was still our baby. And she was and is very much wanted.

The truth is that we wanted our baby, healthy or not. She could have had twelve toes or no arms, and we still would have wanted her.

When we say we don’t care if it’s a boy or a girl as long as it’s healthy, are we really saying that we won’t care about our child if she’s not healthy?

When we say all we want is a healthy baby, does that mean we won’t want our baby once we find out she’s not healthy?

Unfortunately, for a lot of parents, the answer is yes. This is how the world has come to think of our children. So very many parents abort their wanted babies after finding out that their babies are not “perfect.” A diagnosis of everything from cystic fibrosis to Down syndrome can mean death before birth for the majority of those once wanted babies each year.

And is it all because of that one seemingly innocent phrase?

When parents learn that their unborn baby isn’t “healthy,” they face pressure from doctors and listen to advice from family and friends who say that it will be better to abort. After all, their baby won’t have the life that the parents had expected or hoped for or prayed for. Their baby will struggle and face more challenges than her peers. And the parents won’t have that idealized image of parenting. There will instead be frequent doctor visits, hospitalizations, special education plans, and paperwork. So very much paperwork. It isn’t what the parents signed up for. But life so seldom is.

So many mothers, after aborting their wanted but unhealthy babies, struggle with depression. Now all they want is their baby – healthy or not.

All I want is an (insert preference) baby.

What if we substituted other words for healthy? Like blue-eyed. Or heterosexual? Or smart? Or cute? Or a boy? How would we sound then? Perhaps selfish. Perhaps discriminatory. So why then is it so acceptable to say we want only a healthy baby?

Let’s stop feeling the need to say that all we want is a healthy baby. Everyone wants that. You’re not a better parent because you said it out loud. But you are a phenomenal parent right from the get-go if you decide, accept, and announce:

All I want is MY baby.