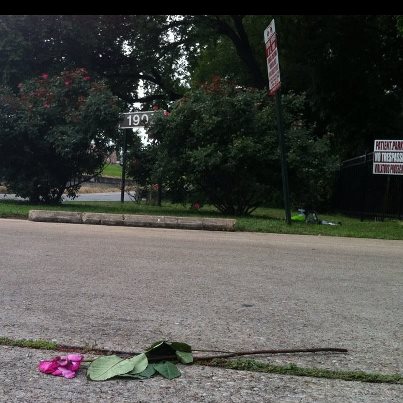 Most of the time you sidewalk counsel, patients ignore you both entering and leaving the clinic. Other times, they do react to you…but not always in the way you hope. You encounter all different kinds of people and situations outside the abortion clinics, and this weekend proved just that. Some weekends are just harder than others.

These are just some sporadic tidbits from my sidewalk counseling last weekend. We do not always see the fruits of our labor right away.

I had arrived at the abortion clinic around eight that morning. There was only one car in the parking lot at the time. Around nine, a middle-aged man and woman drove into the parking lot in a truck. They both got out of the car, and I started to speak.

“Hi ma’am, my name is Jennie. I know that this is a difficult morning for you, but if there is any doubt in your mind that you – ” I stopped. A young girl then got out of the truck. My heart sank. That woman wasn’t here for an abortion. Her teenage daughter was. I changed my tone.

“Sweetie, my name is Jennie. I’m here because I care about you, and I’d love to talk to you about some information you might find helpful.” She paused and looked at me with an expression that was hard to interpret. As long as she was making eye contact, though, I was going to keep talking.

“If you want me to hand you this, feel free to come and talk,” I said, holding out a pamphlet with some pregnancy resources listed on it. Then, her father put his hand on her back and pushed her, causing her to jerk forward.

“No one can force you into this. I’ll be here if you need help,” I said, but she had already been escorted into the clinic by her parents. 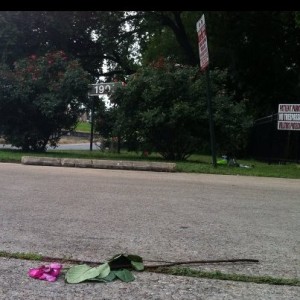 A rose I placed in the driveway got run over - how I sometimes feel after a morning outside of an abortion clinic.

A girl who looked about my age drove into the parking lot with her mom. I approached the car with information in my hand, and said good morning. The mother stared at me.

“Don’t talk to me. And don’t talk to my daughter,” she said flatly. I smiled and said I just wanted to give her some information that she might find useful. Then I braced myself for the inevitable, even thought I knew it would be nothing I hadn’t heard before.

As the girl opened the door, I asked her if I could give her some information.  That’s all it took, and she began to scream:

“B****, shut the f*** up!  You are such a stupid c***, back the f*** off!” I can’t remember anything else she yelled, but I’m confident she went through every foul word in the English language between getting out of her car and during the fifteen-second walk to the door of the clinic.

When she stopped, I said (loudly, but kindly), “If you’re hurting about this now, an abortion isn’t going to make it better.” I saw two middle fingers go up as she walked into the facility.

A young man came out of the clinic and walked toward his car. A previous sidewalk counselor had enlightened me to the fact that this young man and a girl he was with had come to the clinic for a pregnancy test and were seeking Medicaid services, and not necessarily an abortion. I was relieved.

“Hi there!” I said, hoping he would acknowledge me. “A friend of mine told me you were looking for a place that offered pregnancy services through Medicaid?” I held out some pamphlets with a list of local doctors who served low-income patients. The young man approached me.

“Yeah, we are,” he said as he took the information. He gave me the privilege of discussing the options that were available to the woman he was with. He mentioned that they were looking for a pregnancy test and did not imply that abortion was on his mind, so I told him about the doctors in the area that specialized in caring for low-income pregnant women. As he drove out of the parking lot with the woman, he waved back at me when I said good-bye.

As I stood by the fence that marked the property line of the clinic, a man on a motorcycle drove into the parking lot. This was something I had never seen before, because he came alone, and I knew there was no way a woman who had just had an abortion would ride on the back of a motorcycle. A woman came out of the clinic and approached him. When she walked back into the facility, I walked up to the fence.

“Good morning, sir,” I said. I wasn’t sure how I was going to engage him in conversation, since I had no idea what he would be doing there. He said “good morning” back.

I asked him if he ever prayed. He said “Well, I do believe in a higher power. I carry two .45s with me everywhere I go,” as he pointed under his vests. I smiled and told him I’d be getting my concealed carry license soon, hoping to establish some common ground with him.

“If you do ever pray, would you mind saying a prayer?” I asked him. “This is an abortion clinic, and I’m trying to reach out to the moms that are coming here for an abortion. It hurts women, and I don’t want that to happen to any of them.” He paused, then nodded a little. It was difficult for me to tell how he would react to that.

About forty-five minutes later, he was still in front of the clinic. I had been trying to talk to girls as they walked in or out of the clinic during that time, but he came up to the fence. He said “thanks for reminding me to pray,” and asked if he could say a prayer with me.

I sidewalk-counsel at the Austin Women's Health Clinic.

Elated, I asked him if he knew the Our Father. We said the prayer, and he started to tell me why he was there. He was paying for the abortion of the girl he had spoken to earlier. I pleaded with him to at least hold on to the information I was offering, because it could guide her to post-abortive resources if she felt she ever needed them. “She obviously trusts you,” I told him. “She is going to need this in her future.”

He said he just couldn’t take it. He was not the father of the baby, but he did not know what else he could do to help the young woman out.

“Will you at least tell me her first name? I’d like to pray for her by name.” I asked him. He said her name was Ruby. Then, disheartened, I watched him drive away on his motorcycle.

I got a text message from a friend of mine who was sidewalk counseling at another abortion clinic in the city. She said that a mother who was 16 weeks pregnant told the counselors, “I couldn’t justify killing my child,” and left the abortion clinic to choose life instead.

That alone put back into perspective the reasons sidewalk counseling is necessary.