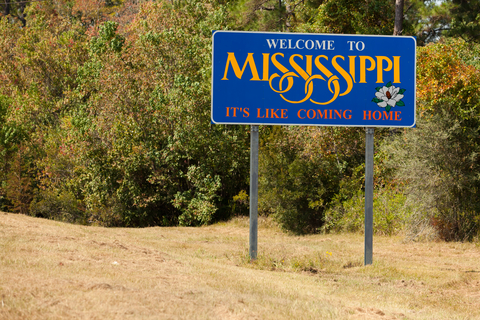 Diane Derzis is the notorious owner of Mississippi’s last abortion clinic, Jackson Women’s Health Organization, which is currently on the brink of closing. Derzis is battling pro-life legislation that requires abortionists to have admitting privileges at a local hospital – the horror! – and so far, none of the four abortionists she employs have been granted those privileges.

Derzis, already no stranger to flattering media portrayals, is again being featured in a glowing interview with the Associated Press. This time, Derzis talks about how she thanks God that she had an abortion, talks up the awesomeness of safe abortions, and says that God has called her to do her work…you know, the work of killing children for money.

Just as protesters say they are following God’s will by praying outside clinics and trying to talk women out of abortions, Derzis says she, too, is led by divine guidance to provide women a safe place to terminate pregnancies.

“I feel like . God wants me to do this job,” said Derzis, who has a raspy smoker’s voice and a penchant for brightly painted fingernails and chunky jewelry.

… Derzis talks openly about the abortion she had when she was 20, newly married and in college. She said didn’t want children, and knew immediately she wanted to end the pregnancy. Derzis said her mother told her she’d regret it, but she hasn’t. She said she was about 12 weeks along when she had the procedure, and the doctor was gruff and disrespectful.

“I thank God every day I had that abortion,” said Derzis, who later divorced and doesn’t have children. “It was not a great experience, but you know what? I had a safe abortion. And that’s what counts.”

How nice for Ms. Derzis that she was able to have a safe abortion. It’s just too bad that providing safe abortions for her patients doesn’t seem to be a priority. See, Jackson Women’s Health isn’t the first abortion clinic Derzis has owned. She also owned a clinic in Alabama, which was forcibly closed after three patients were hospitalized, and the clinic was found to have 76 pages’ worth of health code violations. Seventy-six pages. Yet here she is again, failing to meet health and safety requirements – as she thanks God for her own safe abortion – and is being lauded by the abortion lobby as some kind of pro-abortion saint.

Meanwhile, she’s fortunate enough to live in a fancy house with a jacuzzi and skyline views. Because, you know, running a shoddy abortion clinic pays well.

Here we have a woman being touted, time and time again, in the pro-abortion media as a warrior fighting to keep abortion safe and legal. She’s called by God to do this! Her clinic is in a trendy area! It has ambience! Just ignore her history of horrible patient care and numerous health code violations. That’s not important in the fight for women’s health care.