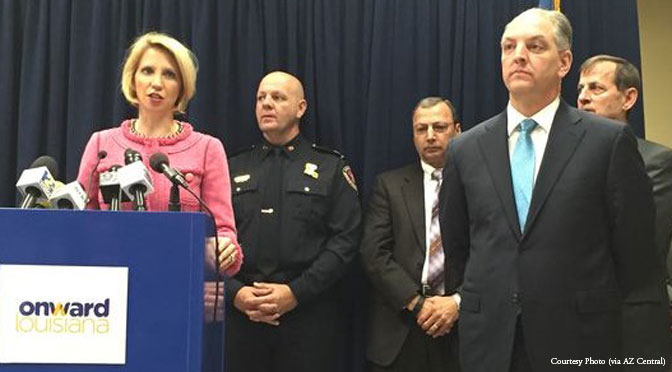 One law triples the state’s abortion waiting period from one to three days, and the other requires that only physicians who are board-certified or certifiable in obstetrics and gynecology or in family medicine be allowed to perform abortions. Edwards signed both laws on May 19.

“Governor Edwards represents the future of the Democratic Party,” Democrats for Life of America executive director Kristen Day said. Day contends that embracing the pro-life cause would be a more faithful and consistent application of the Democrat Party’s stated principles.

“We cannot ignore any person who needs assistance, whether it be access to health care or the protection of the right to life,” she stated. Live Action News has also previously noted the inconsistency of favoring policies on the grounds of the collective good, yet rejecting the preborn child’s right not to be killed in favor of an absolutist interpretation of the mother’s bodily autonomy rights.

“Americans are tired of having two parties that don’t represent their beliefs,” Day added, calling for a change from her party’s official pro-abortion position. 2008 and 2012 revisions to the official Democrat Party platform eliminated language affirming the need for abortion to be made rare, instead affirming that the party “oppose[s] any and all efforts to weaken or undermine that right.”