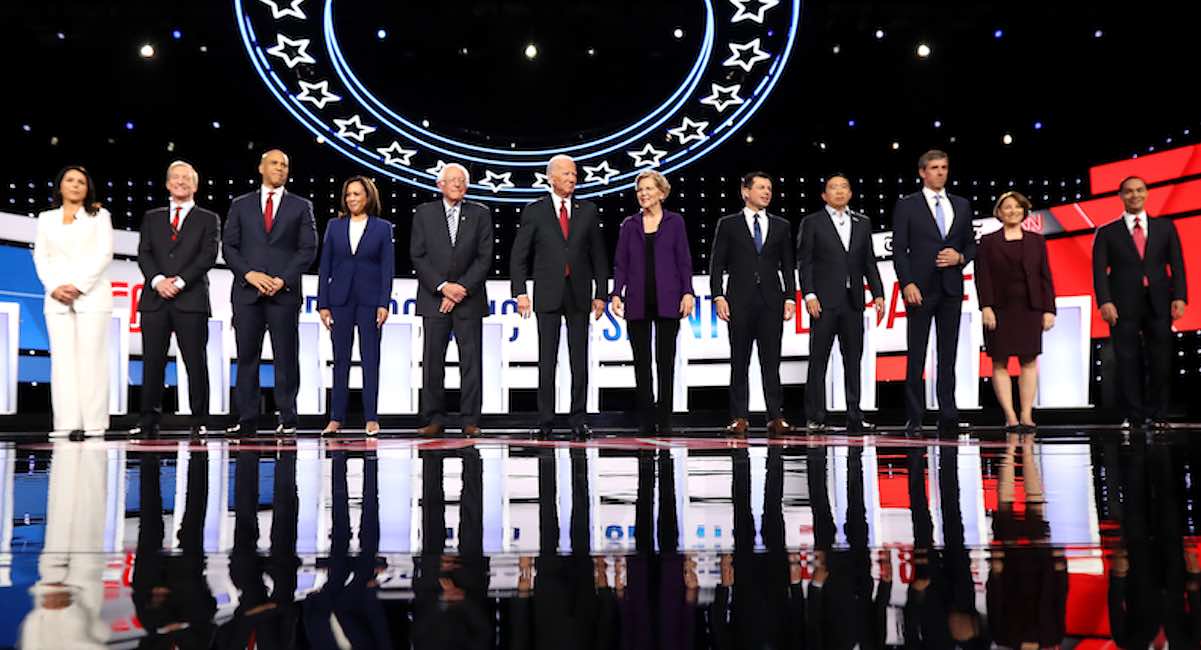 The Democratic presidential candidates didn’t hold back in their debate on Tuesday night when it came to making sure everyone knew how much they are in favor of unrestricted abortion. Twitter had quite the story to tell…

Cory Booker wants to create the Department of Abortion. Right from the horse’s mouth. #DemDebate pic.twitter.com/CJPTTrcgxT

Kamala Harris claims “poor women” and “women of color” need abortion and will die without it:

HARRIS ON ABORTION: "Women will die — poor women, women of color will die — because these Republican legislatures in these various states who are out of touch with America are telling women what to do with their bodies.”

Kamala Harris comments on state abortion laws: "This is still a fundamental issue of justice for women in America… It is her body. It is her right. It is her decision" #DemDebate pic.twitter.com/at9CPBN6xh

Live Action responded to the claim that women will die if abortion is illegal, writing “it is never medically necessary to brutally slaughter a child to save her mother’s life.” Most abortions are, of course, not done for health reasons.

It is never medically necessary to brutally slaughter a child to save her mother's life. https://t.co/lcFsA7MKJt

I believe in reproductive justice, and in the ability of every person to be able to make choices about their body. #DemocraticDebate pic.twitter.com/Q8CfwhWIUa

.@ewarren has lived in an America where abortion was illegal—and she knows we can never go back. That's why she's got a plan to pass new federal laws that will protect access to reproductive care no matter what the Supreme Court does. #DemDebate pic.twitter.com/tq0vMuIBJj

Elizabeth Warren: "On Roe v. Wade, can we just pause for a minute here. I lived in an America where abortion was illegal. And rich women still got abortions…What we're talking about now is that the people who are denied access to abortion are the poor, are the young" #DemDebate pic.twitter.com/zN7wSJBe2M

WATCH: Pete Buttigieg says he doesn't want to pack the Supreme Court with extra judges… right before admitting he wants to "reform" the Court and appoint judges who "share my values" such as abortion. #DemDebate pic.twitter.com/q7sLLOisGC

Tulsi Gabbard made some comments on abortion that caused quite the stir, hearkening back to a phrase used by former President Bill Clinton — “safe, legal, and rare”:

Tulsi Gabbard highlights the major shift left that the Democratic Party has taken on abortion.

It used to be Democratic candidates would publicly say abortion should be "safe, legal, and rare."

But what’s really surprising is who agreed with Gabbard — the recently-fired Planned Parenthood president, Leana Wen, who had ideological disagreements with the abortion corporation after she attempted to make it into a legitimate health care organization. After ousting Wen, an emergency room physician, Planned Parenthood appointed another political organizer as its interim president.

And some people — like Shout Your Abortion founder Amelia Bonow — were unhappy about Wen’s tweet (warning: profanity), and wondered why she ever worked for Planned Parenthood in the first place. Even Bonow unwittingly puts forth the idea that everyone knows Planned Parenthood is all about abortion. After all, they commit more than 330,000 of them every year: 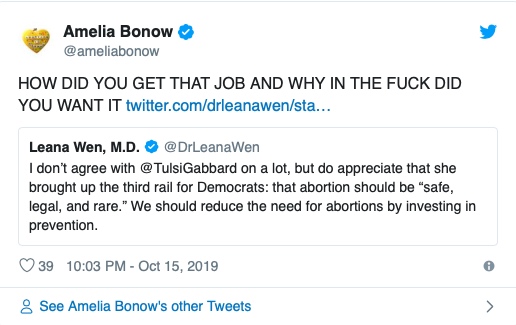 Live Action founder and president Lila Rose pointed out that the Democratic candidates appear to be unified in the fact that they don’t consider children in utero to have any rights whatsoever — especially not the first and foremost right to life. 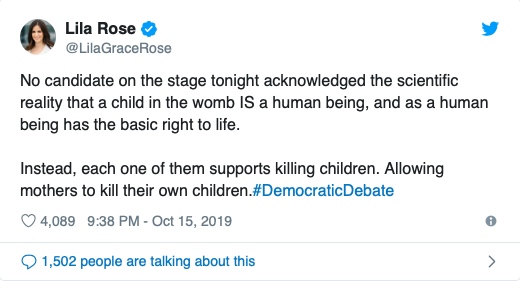