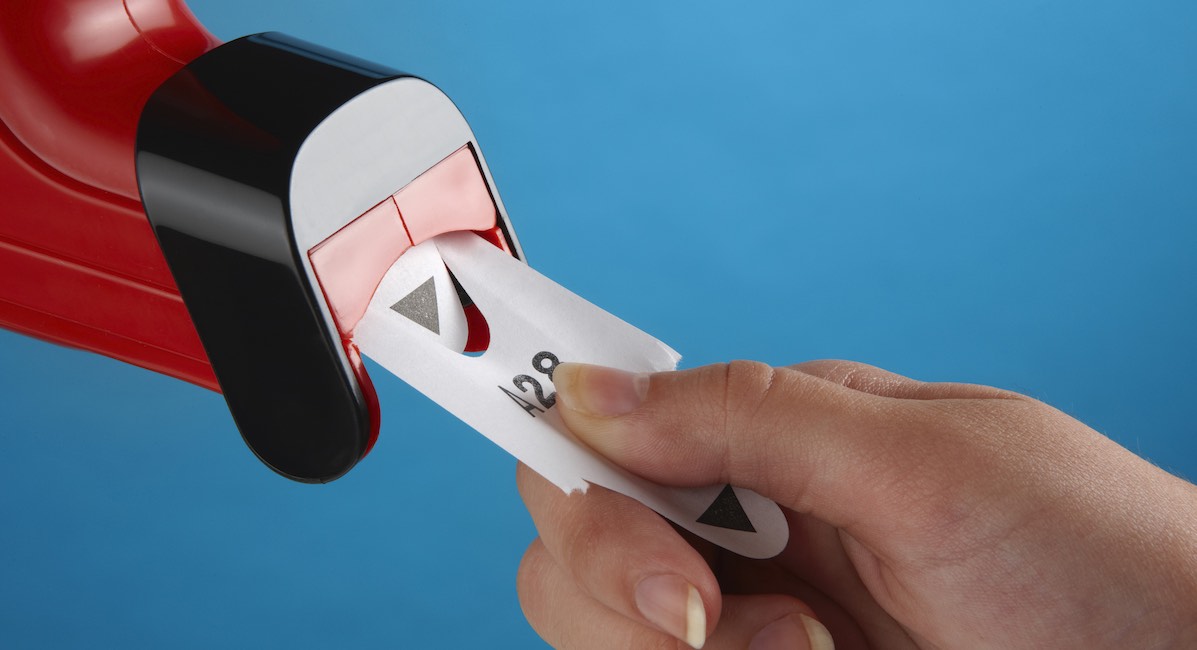 (Amanda Ladwig) When I walked up to the bulletproof glass-enclosed reception desk I gave my name. The receptionist smiled warmly back and handed me a small brown paper bag with #18 written on it in red permanent marker. As she handed me the bag she kindly stated, “you are number 18, please have a seat.” As I walked to my seat I took in the room, the brown paneling on the walls, the small barred windows, the inspirational posters about courage. I quietly took my seat and glanced around at the other young women sitting quietly like painted dolls holding brown paper bags with red numbers written on them. I wondered who they were and if they were as scared and unsure as I was.  I took a moment and looked inside my bag to find a sanitary napkin and a cherry-flavored blow-pop. My thoughts were interrupted when my number was called and I was ushered into the back for my “counseling” session.

Once inside the small room, I was handed a gown and a plastic cup with #18 written on it in red. I was “counseled” about how to appropriately use the cup and where to place my sanitary napkin so it would be most effective. I began to ask questions and was told the doctor would take care of all my concerns. When I was alone in the room I began to wonder when I would have the chance to speak and share my thoughts and concerns.

Once again, my number was called. I walked to the next destination and was instructed to sit on the table. When the doctor walked into the room I began to cry. Finally, I could speak and get some kind of help and direction. Finally, someone would hear me. I began to tell him through my sobs how unsure and scared I was and why I was there. He interrupted me and asked if I was number 18. I nodded to confirm that I was and he proceeded, “you must be quiet or you will frighten the other girls waiting in the next room. It is too late to change your mind. We have everything ready to go. Everything will be over in a matter of minutes.” So, I stifled my sobs and resigned myself to the fact that they had no desire to know me or hear me. I was #18, another number there for an abortion.

After my abortion was completed, my brown paper bag was returned to me and I was moved to the recovery room and seated in a reclining chair. I looked around the room and recognized some of the young women I had noticed in the waiting room. There they were lined up like  painted dolls holding their brown paper bags and sucking on lollipops. I began to cry. Actually, I began to wail because at that moment I realized all that I had lost and all that I had become in a “matter of minutes.” The recovery nurse took my bag and looked at the number. As she pulled the lollipop from inside she said in motherly tones, “#18, none of that. It’s over. You did what you came here to do. It is finished. Suck on your lollipop and be quiet about it.”

My tears mixed with the sickeningly sweet taste of artificial cherry flavor and I stifled my cries along with my grief. In a “matter of minutes,” I, me, the woman I had been was erased along with the existence of my unborn child. I had become the 18th abortion of that day, voiceless and unknown.

It would be easy for me to stop there, and truth be told, for a part of my life it seemed like I did. It led to life spiraling out of control and claiming the name of “victim” or ” unworthy” as justification for all manner of self-destructive choices. I fluctuated between desperately attempting to reclaim what had been lost and recreating myself. I even stood boldly shoulder to shoulder with my “sisters” holding a sign declaring, “my body, my choice.”

Years later as a newly converted Christian woman, I still felt detached and unsure of who I was. And the existence of #18 was most certainly to be hidden from view because I had made the choice; I had accomplished what I went there to do. So, that part of my life sat quietly in the corner sucking on a lollipop.

Until one day I realized what had actually happened that day. I walked into that abortion clinic with a head full of false promises. They would hear my concerns and show me the right thing to do. They would take the time to know me and care. But, behind those thick metal doors, I was not an image-bearer of the God of the universe. No, when I gave my name at the reception desk that day, I and my unborn child were given a new name, #18. And neither of us would be known or heard because I was “to be quiet about it.”

But, the story doesn’t end there. “No, in all these things we are more than conquerors through Him who loved us.” (Romans 8:37) And I will no longer be silent, I will speak and I will speak boldly. I will tell of the glory of the Lord and His healing and His redemption.

I will tell of how He knows His people, His image-bearers by name, even those in the womb. (Genesis 1:27 & Jeremiah 1:5)

I will tell of how He is the God who sees you, all of you. Your deepest thoughts and fears and what brought you to the clinic in the first place. (Genesis 16:13)

I will declare that the words “it is finished” is a declaration of self-sacrifice for your redemption. Yes, even what happened behind those doors. (John 19:30)

I will tell of how He invites you to eat at His table. And the food served is not artificial and meant to silence you. No, it is a King’s feast and He declares at that table, “Oh, taste and sees that the LORD is good! Blessed is the man who takes refuge in him!” (Psalm 34:8)

Take refuge, fellow image-bearers. You have been remade and renamed.

“But now thus says the LORD, he who created you, O Jacob, he who formed you, O Israel: “Fear not, for I have redeemed you; I have called you by name, you are mine.” Isaiah 43:1

Editor’s Note: This post was published at the blog of Amanda Ladwig and is reprinted here with permission. For further resources on post-abortion healing, visit Rachel’s Vineyard and Project Rachel.