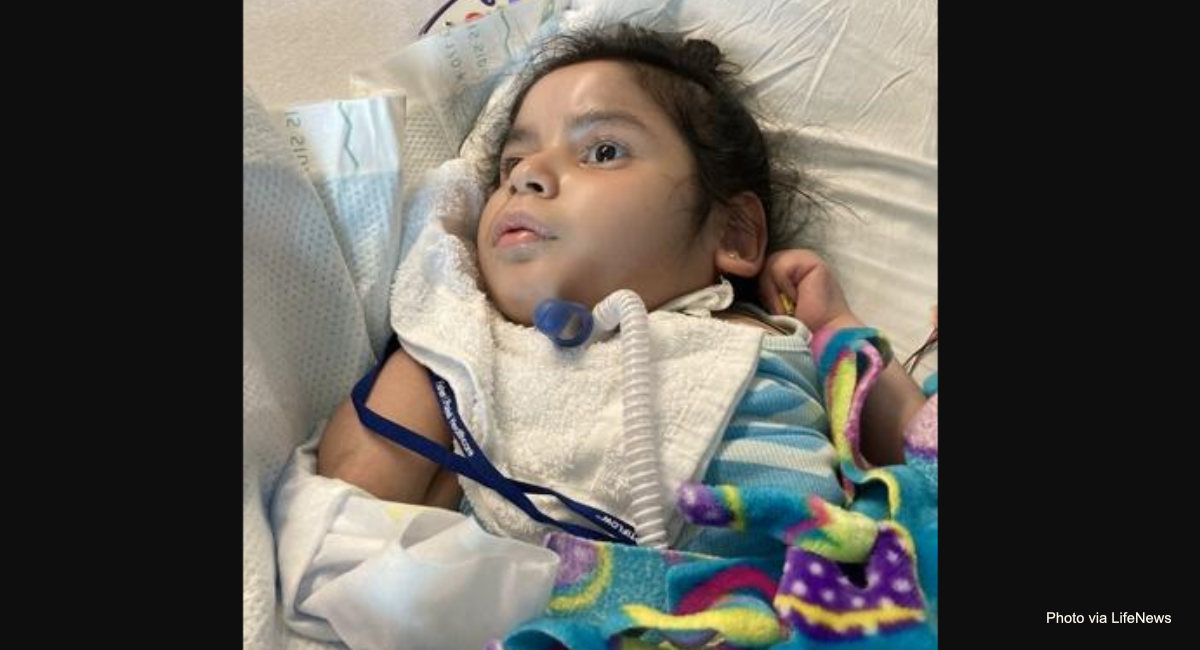 Even though a couple’s child may only live for a short while in adverse prenatal diagnosis cases, their baby is no less miraculous than one who lives for more than a few hours or years. As Nelly Mendoza-Rivera’s story proves, every life is beautiful and worthy of protection.

According to The Arkansas Catholic, Nelly died on Nov. 7 at the age of nine due to numerous medical issues. But her mother, Rosalba Mendoza-Martinez, has no regrets about choosing life for her daughter years ago.

“No, I would not have chosen abortion because I have learned so much from Nelly,” Mendoza-Martinez said through a translator. “Nelly put up with a lot of pain and everything through the surgeries, but she was given a special gift to withstand all of that pain she had when she was in the hospital. She was seen by so many people as a child that overcame all these big mountains in her life.”

In 2012, Mendoza-Martinez was 21 weeks pregnant when she and her husband, Carlos Rivera, were advised to abort Nelly. At first, they listened to the doctor’s recommendation and went to the Little Rock abortion facility.

“What changed my mind was the amount of people that were outside of the abortion clinic, and they were praying and telling me, ‘Listen, we have the means to find you someone else that can look at you,’” Mendoza-Martinez said.

Pro-life advocates like Maria Maldonado, who worked as the director of Arkansas Pregnancy Resource Center for 17 years, and Dr. Paul Wendel, a recently retired OB-GYN, were some of the people who guided Mendoza-Martinez through her pregnancy. Maldonado had reached out to the couple in Spanish outside the clinic, and after talking with her, the couple felt encouraged to carry their daughter to term. Wendel also began treating Mendoza-Martinez, and while he confirmed the initial adverse diagnosis, the couple stood firm in carrying Nelly to term.

READ: TikTok users tell mom of special needs child to ‘put it out of its misery’

Nelly’s health issues included underdeveloped organs and scoliosis. She required surgery on several organs and could not move independently, requiring a wheelchair. Although she could not talk, Nelly used sounds and movements to communicate.

“She had her little eyes that were always smiling,” Maldonado told the newspaper. “… How can they even think about ending a life like this? Even if she only came into the world and smiled and giggled.”

“Throughout the years the Catholic pro-life community has been helping me through the whole time with food, gifts, things that I could not buy, paying my rent when I was about to to be evicted,” she said. “Coming, and sending me cards to let me know they’re thinking about me. They were there with me through the thick and thin, bad times, good times. … And I know I’m not the only one they’re helping. They help women all over.”