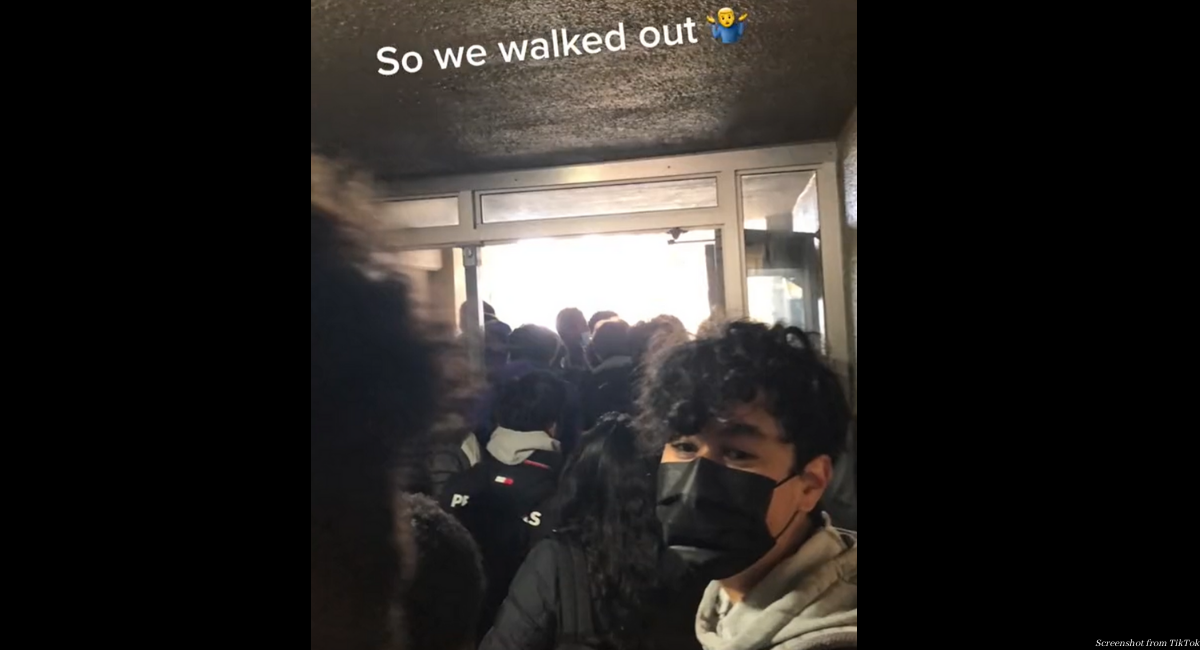 A TikTok video of students walking out of a pro-life presentation has gone viral. Archbishop Riordan Catholic High School in San Francisco planned an assembly with speaker Megan Almon of Life Training Institute (LTI), and offered an alternative venue for students who did not wish to attend. Instead, some students chose to attend the pro-life talk solely for the purpose of staging a walkout (and apparently for the purpose of gaining attention via social media) before even hearing what Almon had to say.

“Instead of listening to the speaker, a majority of the student body stood and walked out of the assembly a few minutes into the presentation,” said LTI president Scott Klusendorf on Facebook. “The walkout was orchestrated in advance and had nothing to do with the content the speaker actually presented.”

He added, “The media quoted sources who applauded the students for their bravery and for taking a stand. But what, exactly, were they standing against — a presentation they never stuck around to hear? The students who walked out were not courageous. They were close-minded and intolerant. They simply refused to consider a viewpoint different from their own. Instead of intellectual curiosity, they demonstrated intellectual cowardice, and for that, thus far, the press has congratulated them.”

Catholic teaching is strongly pro-life, so it is to be expected that a Catholic high school would feature a pro-life assembly. Almon’s presentation was focused on pro-life apologetics, arguing why abortion is wrong from a scientific and philosophical standpoint, and how pro-lifers can better defend the pro-life case.

“Embryology will tell you from the very beginning that at fertilization the unborn is a living distinct whole human being,” Almon told Ryan Pauly in an interview, adding:

This is some of what the students would have heard during the assembly, but as Newsweek reported, the students walked out after just five minutes, meaning they barely heard anything Almon had to say. After the students walked out and denied themselves the opportunity to learn these scientific facts about life inside the womb, Almon agreed to visit the classrooms to discuss the issue. But some students refused to engage, said Klusendorf. Instead, they complained about the fact that Almon was even allowed to speak, while other students engaged respectfully.

“The assembly was an opportunity to come together in order to learn more about the dignity of human life,” said Archbishop Riordan High School Principal Tim Reardon. “We recognize that members of our school community, whether they are Catholic or not, have different viewpoints on this topic. We appreciate that those with different views shared those respectfully today. We offered an alternative safe venue for students.”

Klusendorf stated that education should be “committed to following the evidence wherever it leads.” Listening to those with an opposing viewpoint isn’t just about freedom of speech, but about “intellectual strength,” he said. “LTI is saddened that some students at Archbishop Riordan […] walked away from their own intellectual development.”