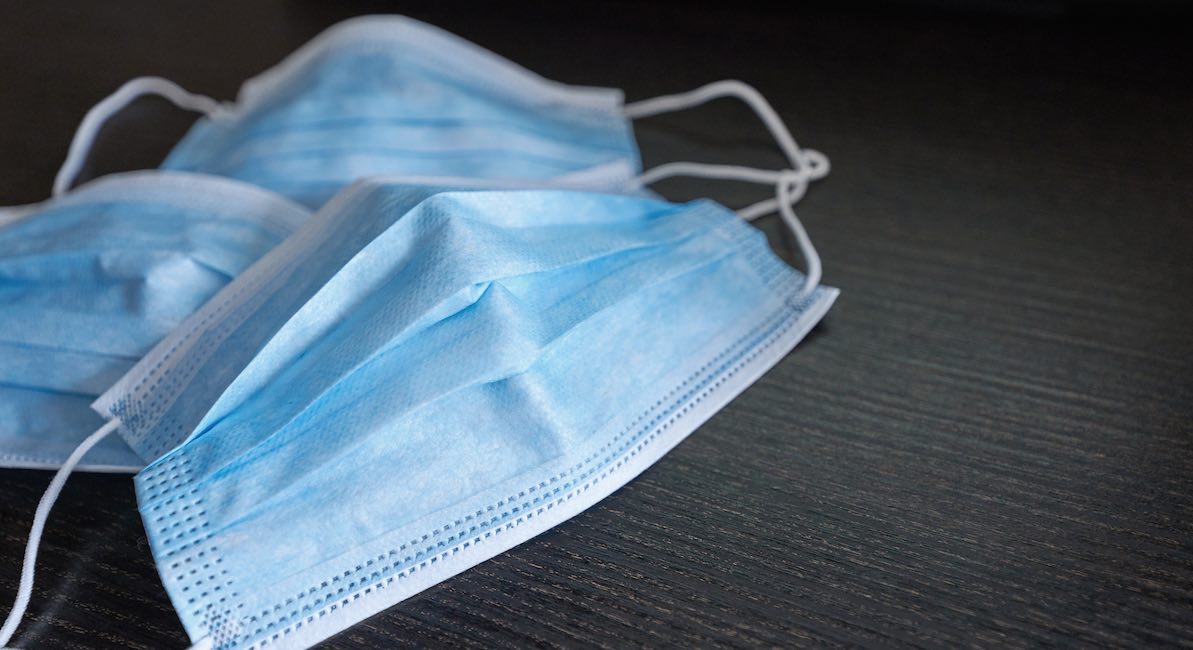 At a White House Task Force Press Briefing on March 18th, the Centers for Medicare and Medicaid Services (CMS) announced that all elective, non-essential medical, surgical, and dental procedures be delayed during the COVD-19 outbreak. According to the Press Release, “As more healthcare providers are increasingly being asked to assist with the COVID-19 response, it is critical that they consider whether non-essential surgeries and procedures can be delayed so they can preserve personal protective equipment (PPE), beds, and ventilators.” The CMS Press Release continued by stating that “healthcare providers should encourage patients to remain home, unless there is an emergency, to protect others while also limiting their exposure to the virus.”

The two reasons for delaying all non-essential elective surgeries are clear: free up PPE for those on the front lines and stop the spread of the virus.

Within days, most states had responded and moved to postpone elective, non-essential surgeries. While defined as a surgical procedure, abortions are being greenlighted by many state governors, and ignored by many others. Tracking state responses to the CMS recommendations, Live Action News reported that multiple states — including Florida, Massachusetts, Michigan, Minnesota, New Jersey, New York, North Carolina, Virginia, and Washington — granted abortion clinics permission to operate while canceling all other elective, non-essential procedures.

In addition to the states who have specifically granted abortion clinics the freedom to continue destroying the lives of the unborn, many more do not clarify whether abortion will be permitted under the procedure bans, thus giving tacit permission to abortion clinics to remain open. These states include Alaska, Arizona, California, Colorado, Delaware, Georgia, Hawaii, Illinois, Indiana, Kansas, Maine, Pennsylvania, Vermont, Washington D.C., and West Virginia.

In either case, these state governors, whilst promising to take any action necessary to save lives are perfectly happy to keep the lives of the unborn in peril, allow abortion facilities to use up vital resources that could be used to save lives, and increase the spread of coronavirus through surgical abortion procedures.

Accustomed to such treatment by politicians serving at the behest of Planned Parenthood, the abortion behemoth is taking full advantage of being the exception to the surgical bans. Planned Parenthood Keystone in Pennsylvania was actually soliciting donations for the Personal Protective Equipment (PPE) healthcare workers are in dire need of: “please consider donating hand sanitizer, home sewn masks, shoe covers, and surgical hats to protect our medical staff as they continue to provide care in our communities.” 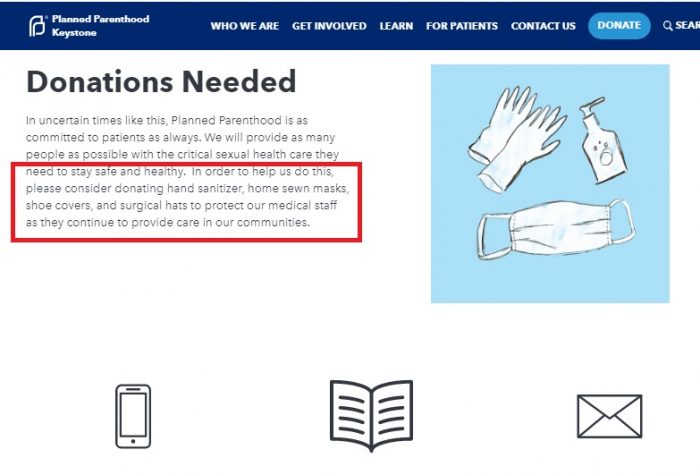 Far from joining the bipartisan bandwagon in temporarily ceasing all surgical procedures, Planned Parenthood is using a crisis to collect and hoard the very materials political leaders are asking healthcare workers to donate to the heroes fighting this invisible enemy.

Predictably, New York politicians have epitomized this pathetic excuse for political leadership. Governor Andrew Cuomo, who in May of 2019 legalized abortions through point of birth and lit the World Trade Center pink in celebration, said on March 20th, “I want to be able to say to the people of New York – I did everything we could do… And if everything we do saves just one life, I’ll be happy.”

Putting aside the fact that Cuomo wouldn’t apply that standard to any other facet of life (ex: banning vehicular transportation would save over 90 lives every day in the US), he is more than ready to continue sanctioning the slaughter of the over 100,000 babies murdered every year in his state and endanger more than just “one life” through his refusal to include abortion clinics in the non-essential business category.

In a March 26th Press Release, New York Attorney General Letitia James (an abortion lover in her own right) said that risking the infection of innocent born people is a necessary sacrifice in order to protect women’s rights to kill innocent unborn people:

To be clear, the coronavirus is not an excuse for federal, state, or local governments to curtail women’s reproductive freedoms or limit their choices. Any woman who wants to go into a doctor’s office or into a clinic today and get an abortion should continue to be able to do so… The restrictions we are seeing be put into place are simply aimed at controlling women’s bodies, women’s choices, and women’s freedom, and I will do everything in my power to stop this attack on a woman’s constitutional right to an abortion.”

The moral question of abortion aside, the primary message from the federal and state governments has been that in a pandemic, we all have to “limit our choices” and temporarily set aside some of our legal and constitutional rights. While a terrifying suggestion to be sure, why aren’t Cuomo and James willing to include abortion in the set of constitutional rights that must temporarily be set aside in order to protect the life and health of Americans?

In the case of this coronavirus pandemic, we’re now seeing the abortion industry and their political serviles expand that moral justification even to the endangerment of innocent born people, who may contract COVID-19. While nearly every other form of “bodily autonomy” is being regulated in order to prevent harm or death to the innocent, pro-abortion politicians insist that abortion is the exception; that both the baby and unknown countless others are necessary sacrifices in order to protect the legal right to feticide, which they euphemistically call “bodily autonomy.”

If every other form of bodily rights can or should be temporarily restricted, why shouldn’t abortion? In irony you can’t make up, Governor Cuomo recently lambasted state residents over their failure to properly follow social distancing orders. At a news conference on April 6th, Cuomo said “there has been a laxness on social distancing, especially over this past weekend that is just wholly unacceptable… You don’t have the right to risk someone else’s life.”

Cuomo’s shocking admission should rattle even the most hardened partisan pro-abort. His message is clear: Only the abortion industry has the right to risk someone else’s life. Abortions are currently the only elective, non-essential surgical procedure that has not been temporarily postponed or banned by state governments.

Keeping abortion clinics open will endanger the health of patients coming into the facility, as well as countless others who may contract COVID-19 either from those who are asymptomatic or those still in the incubation period of the virus. To Cuomo and other political serviles of the abortion industry, the people they put at risk are necessary sacrifices to be given on the altar of abortion ideology. These are the true colors of those who lead the pro-abortion movement. Their actions during this outbreak ought to elicit the condemnation of pro-choicers everywhere, whose entire position revolves around protecting the “health” of women.

For those not hooked on the partisan drug, it’s hardly surprising that a movement based on the dehumanization of an entire class of human beings, would simultaneously endanger other innocent human beings in order to protect their ability to turn a profit during a pandemic.

Disclaimer: The views expressed herein are solely those of the author do not necessarily reflect those of Live Action News.