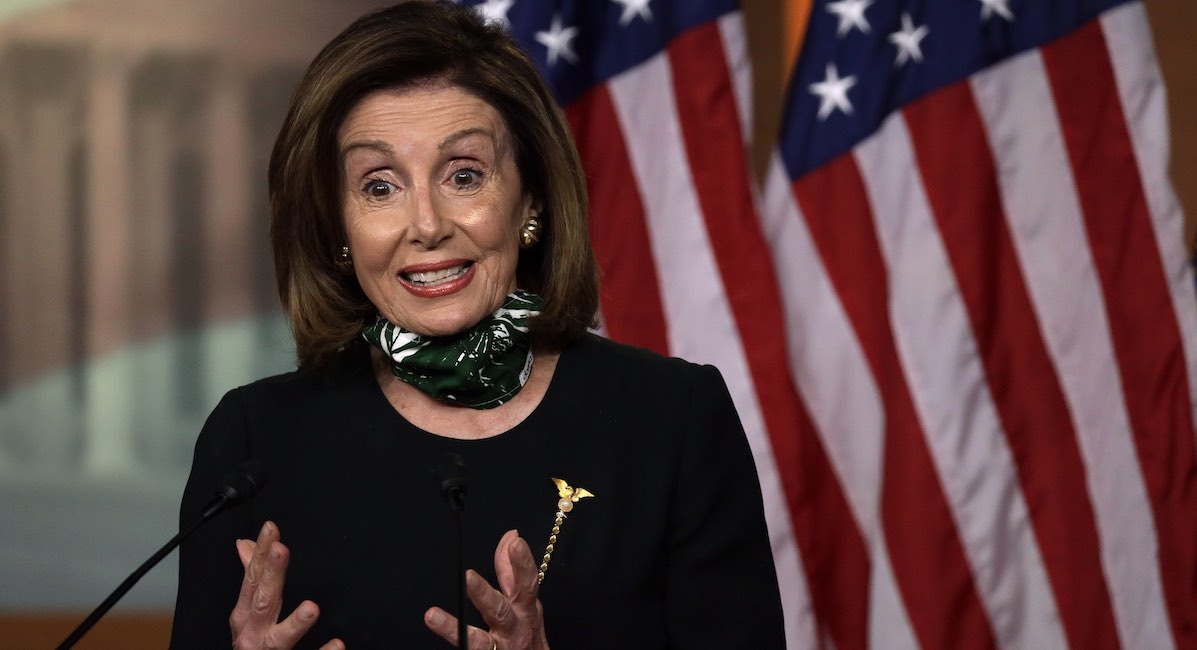 Planned Parenthood is celebrating after Nancy Pelosi’s “HEROES Act” passed the House of Representatives, potentially clearing the way for abortion facilities across the country to receive more taxpayer funding.

The $3 trillion bill, House Bill 6800, passed the House largely along party lines, with only one Republican voting in favor of the bill. Twelve Democrats also broke with party lines to vote against it. The bill, if passed, would provide another round of $1,200 direct payments to Americans, as well as aid to local and state governments. Pelosi claimed its passage was crucial to fighting the COVID-19 pandemic.

“Not to act now is not only irresponsible in a humanitarian way, it is irresponsible because it’s only going to cost more,” she said. “More in terms of lives, livelihood, cost to the budget, cost to our democracy.”

The bill was named the “HEROES Act” by Democrats because it will allegedly aid workers on the front lines of emergency health care. However, while the bill contains the Paycheck Protection Program, it removes safeguards preventing abortion facilities from applying to receive funds. The aid local and state governments receive from the federal government can be used to aid abortion facilities.

Thank you to @SpeakerPelosi for leading the #HeroesAct through passage in the House.

Now, there is no time to waste. The Senate must take action immediately and provide relief for the essential workers and caregivers on the frontlines of this crisis.

Yet the bill has come under fire from others—Republicans and Democrats alike.

Other Republicans criticized the bill, claiming it has nothing to do with COVID-19 and was solely passed to give Rep. Pelosi the ability to do what she wanted all along: sneak taxpayer funding for abortion into legislation. “Much of this partisan bill has nothing to do with COVID-19, or the current crisis facing so many Americans,” Republican Rep. Brad Wenstrup said on the House floor.

Democrat Rep. Abigail Spanberger, meanwhile, tweeted, “The #VA07 people & counties I serve expect us to work together to provide REAL relief in this crisis. This bill strays far beyond delivering relief or responding to an urgent crisis, & it has no chance at becoming law.”

Democratic Rep. Pramila Jayapal, who also opposed the bill, said she couldn’t vote for it either because she believed it “didn’t go far enough to help distressed workers,” reports the Seattle Times. Rep. Conor Lamb, also a Democrat, voted against it, saying the House needed to go back to the drawing board and “work on a bill that can actually pass.”

As Spanberger and Lamb both pointed out, there is little chance that the bill will pass the Senate. Senate Majority Leader Mitch McConnell said, “The House has been at home for two months. They gave themselves no assignments except developing this proposal. Yet it still reads like the Speaker of the House pasted together random ideas from her most liberal members and slapped the word ‘coronavirus’ on top of it.”

The Senate is currently controlled by the Republican Party, and both White House and Senate Republicans have described the bill as “dead on arrival.”