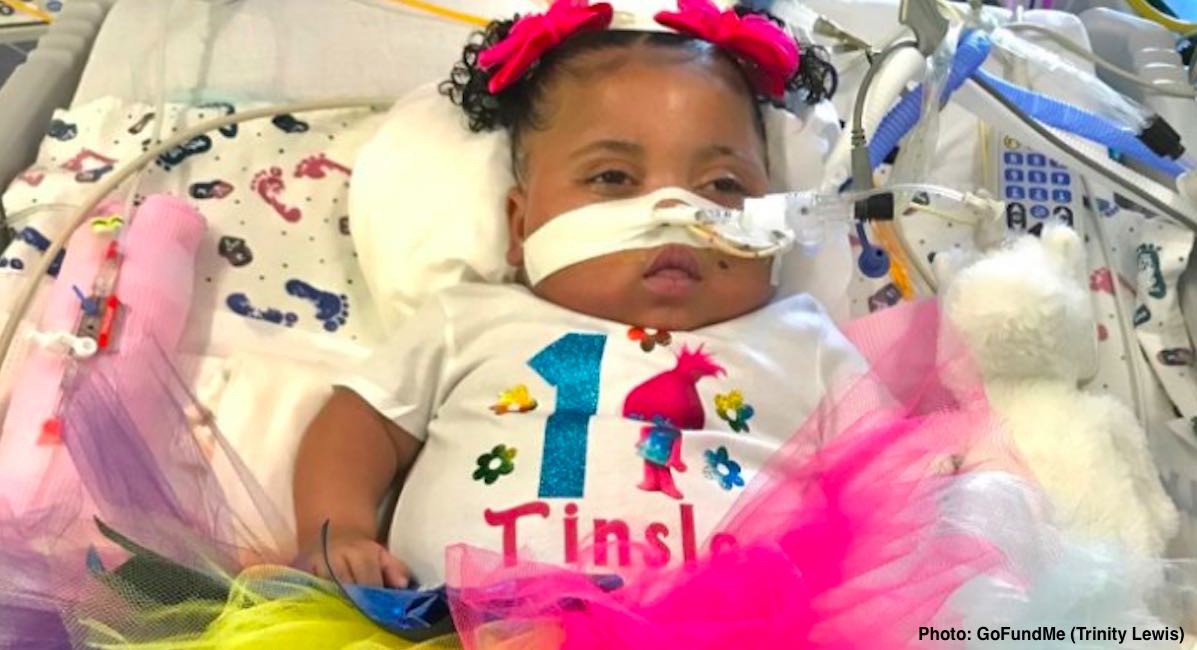 Trinity Lewis, the mother of 17-month-old Tinslee Lewis, has secured a win in the Second Court of Appeals in Fort Worth, Texas. The court ruled 2-1 that the little girl, born prematurely and with a rare heart defect, will not be removed from life support against her family’s wishes. According to Court House News, this ruling will allow Lewis to challenge the state’s 10-Day Rule.

The court issued a temporary injunction that prevents Cook Children’s Medical Center in Fort Worth from withdrawing life support until after the full trial is held. That court decision will either uphold the state’s 10-Day Rule or strike it down as unconstitutional. The court wrote in the majority opinion that the 10-Day Rule is “likely unconstitutional” in that it doesn’t allow adequate due process protections and violates the civil rights of patients.

Trinity Lewis first sued the hospital in November 2019 when it enacted the 10-Day Rule under the Texas Advance Directives Act (TADA), which allows hospital ethics committees to decide to remove a patient’s life-sustaining care even against their family’s wishes. Lewis’s attorney, Joseph Nixon, told the court of appeals in February that the hospital is obligated under the state’s STAR Kids program to provide care for children with special health needs.

In its ruling, the court stated:

[Cook’s] and the attending physician’s belief that T.L.’s life now is being harmed more than it is being helped by such treatment does not change that fact.

The court win comes after news that a new doctor, Dr. Glenn E. Green, has stepped forward to provide care for Tinslee, saying that he believes her condition has the potential to improve.