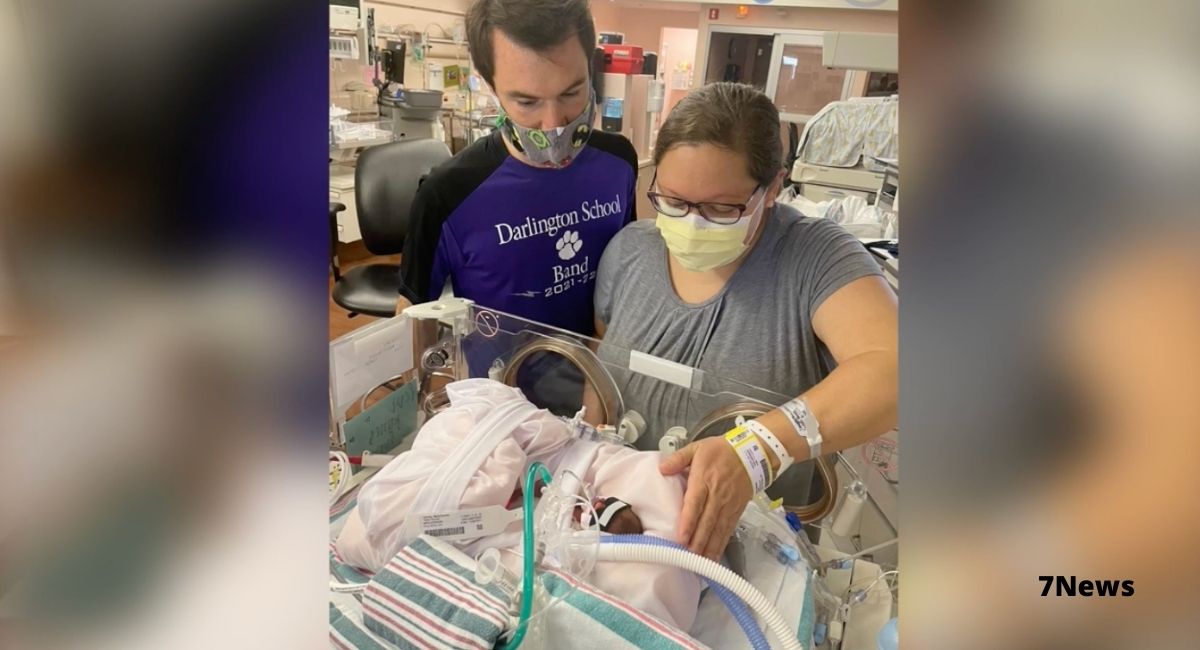 When Rachel Harvey was rushed to the high-risk pregnancy unit in late 2021 in Chattanooga, Tennessee, doctors decided not to perform an emergency c-section until it was absolutely necessary. Two weeks later, at 27 weeks, baby Levi James was born premature, weighing just 10 ounces — the smallest baby to ever be admitted to the neonatal intensive care unit at Erlanger Hospital.

Measuring the size of a preborn baby at 21 weeks, baby Levi was born after doctors discovered his mother’s amniotic fluid was low and he hadn’t been growing properly. Her blood pressure was too high as well, and that was causing problems with the placenta, according to the family’s GoFundMe page. After about two weeks, the situation became more serious.

“At this point, though, the blood flow declined and it was becoming dangerous for Levi to stay inside of his mom,” Levi’s father Damon Harvey wrote. “Unfortunately, it was discovered that Levi had only grown a little more since arriving, and he was still only measuring around 21 weeks. We hoped for a few more days in order to give Levi the steroids, but it was decided rather suddenly that we needed to operate quickly.”

Throughout the c-section, his father Damon prayed, which he said “encouraged” the doctors, who said they “had seen unbelievable things happen in response to prayer.” Though the surgery went well, doctors realized the cord was wrapped around Levi’s neck twice, and had a knot in it as well.

Doctors said that Levi had to weigh at least one pound — or 450 grams — in order to survive, but Levi weighed just over half a pound at birth.

Despite the odds stacked against him, Levi is impressing doctors with his progress so far.

“Levi is making bold steps forward this week,” Damon Harvey wrote on Facebook on February 17, about a week before his original due date. “He has been very healthy […]. The biggest news is that hopefully within a week, we will try to extubate Levi. The doctors will take out his breathing tube and try to put on the CPAP. This is a major step forward in getting Levi home. We would ask all of our prayer warriors to speak with the Lord on behalf of Levi this week so that he can handle this transition.”

Common concerns with premature babies are lung development and eye health, both of which Levi seems to be doing well with, despite a few concerns. Doctors have cut back on sedatives, which means Levi is more alert and opening his eyes for his parents.

“I am sometimes astonished by the number of miracles we have seen in Levi’s life so far,” wrote his father. “But then God reminds us — ‘For no matter how many promises God has made, they are ‘Yes’ in Christ Jesus.”

The couple is asking for continued prayers for Levi so that he can get home and meet his big brother Dean soon.