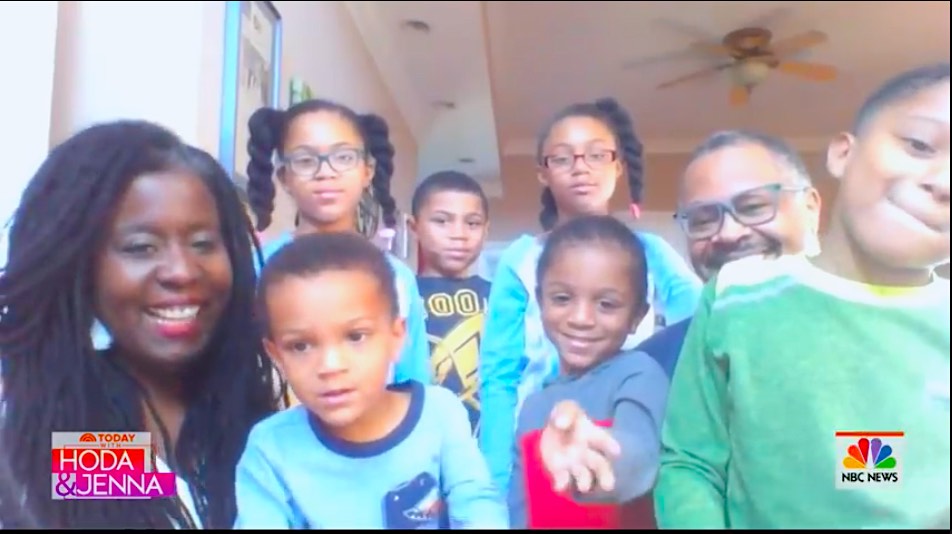 David and Melanie Colclough met as children. After reconnecting later in life, they fell in love, got married, and began their dream of starting a family. But tragedy struck, and at 36 weeks, they lost their baby boy Gabriel due to a placental abruption. Devastated but committed to being parents, the couple began an adoption journey that led them to their new role as parents to six children.

“After I lost Gabriel, there were times that I considered suicide because it felt like my heart had been ripped from my body and I didn’t know how I was gonna keep moving on without my heart,” Melanie told The Today Show.

The couple spent the next five years grieving the loss of Gabriel and trying to become pregnant again, but when that didn’t happen, they began considering other ways to have children. “I went to Melanie and I said, ‘Ya know, the Lord’s really working on me. I think it’s time for us to adopt.’ And she says, ‘Me too,'” explained David. A year later, the couple adopted four siblings — twin girls and two boys.

Excited but nervous to become the sudden parents of four, they instantly loved their children and knew they had room in their hearts for more. “The day that we saw them, my heart just opened up in ways that I can’t even explain to you,” said Melanie. “You just have to be open. Our children are the most incredible people. They’re sweet. They’re kind and they just want to be loved and given an opportunity to be in a safe environment so they can flourish and be who God wants them to be.”

The couple soon adopted a fifth biological sibling, but learned that a sixth sibling had been placed with another family. They learned about him the day before his adoption was to be finalized and were devastated that they had lost the opportunity to keep him with his siblings. But they didn’t give up hope. They trusted in God’s plan and became friends with the sibling’s adoptive mother in order to allow the children to know each other. They felt in their hearts that eventually this child would also be a part of their family.

As time went on, the adoptive mother reached out to them to say that the young boy was struggling and she felt he would do better in a home with his siblings. The door was open for Melanie and David to bring him home. In order to finalize the adoption of sibling number six, the couple applied for a grant through The Gift of Adoption fund.

While on The Today Show, the couple was surprised when major league baseball player Eric Sogard and wife Kaycee, working with The Gift of Adoption, awarded them with a grant to help cover the cost of the adoption.

On Christmas Day, The Today Show checked in with the Colclough family and gifted them an eight-passenger Toyota. The grateful couple summed up their adoption journey by giving thanks to God. “It’s all God. It is all God,” said Melanie. “You know when you go through grief — if you go through something that severe — you either have an opportunity to put it in or out and we decided to put it out and we decided to love harder and God showed us the rest. He showed us who to love, where to go and the gave us the means to do it.”