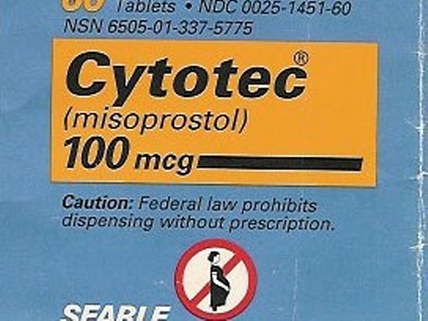 Note: This article was co-authored with Richard Gerlach.

Arrested on a first-degree murder charge for the death of his girlfriend’s pre-born baby, John Welden worked with lawyers determining a plea agreement to drop the murder charges in exchange for his admitting guilt to “product tampering and conspiracy to commit mail fraud.” At sentencing two weeks ago, John Weldon received 13 years and 8 months.

Welden relabeled an abortion pill called Cytotec, the brand name for misoprostol, as the common antibiotic amoxicillin and gave it to his pregnant girlfriend, Remee Lee, without her informed consent. 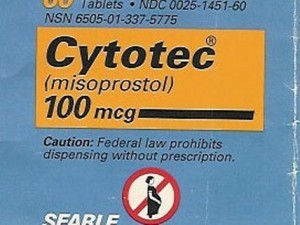 While the majority of the response to this news story agrees that falsifying a prescription deserves a harsh penalty, commentary also notes a disparity should the roles be reversed – when, as often happens, the man does not give consent to an abortion, yet the woman is legally able to destroy the life of his pre-born child without facing murder charges. Moreover, when a woman obtains an abortion, there is no consistency in the law: either the death of a pre-born baby is murder and punishable if done negligently or intentionally, or it is just the removal of a growth, in which case no criminal action occurred.

After all, according to conventional wisdom that equates legal acts with moral acts, what crime has this man really committed? Is he not, in reality, a clear case of what might be considered bro-choice martyrdom, having extended abortion-pill logic to slip his girlfriend the abortion pill? By this logic, John Welden merely caused an un-alive clump of embryonic cells that is part of the woman’s body to detach and depart her body without her consent.

Abortion logic would equate this with cutting off a clump of her hair, or rubbing off some of her skin cells, without her permission. Under such “logic,” Welden engaged in a health regimen, ridding Lee’s body of a parasite that could ruin her education and career prospects, cost her millions of dollars, and destroy her chance of equality with men. By such lights, Welden did her a favor.

There are almost 3,500 women in our country who make a similarly rash decision every day. Yet because Welden is a man, and he pursued the abortion without his girlfriend’s consent, he faced a first-degree murder charge.

What is an abortion, then, if it’s not “killing” an unborn child? Either killing another human being with malice aforethought and without legal justification is murder or it is not. People were surprised by the case of John Welden because if it were logically consistent, the law would hold every woman to the same account.

In a video recently posted by Ireland’s Youth Defence league, an objective documentary style is used to show a day in the life of Dr. Christensen, an abortionist working in Madison, Wisconsin. The video presents both the crisis the women experience and the abortionist’s role in his own words. While the language he uses is the detached, standard doctor talk, it is clear from the video sequence that this is no ordinary clinic or typical doctor visit.

A fair warning, this is a very disturbing video that includes images of abortion victims.

The glaring fact of abortion’s toll – the taking of a life – is made visible in the video as it includes brief footage of abortion victims. The abortionist is filmed during an abortion, telling the woman: “Your total blood loss was quite minimal. It’s just a matter of us piecing the fetal tissue back together to be sure that we have all the fragments.” The reality is in such stark contrast to the abortionist’s sanitized language to describe the event that the viewer is compelled to recognize the dishonesty of the value-neutral language and “everything is just fine” tone commonly used to describe abortion. The abortionist offers this commentary:

The media attention is always directed toward the fetus and the gory parts, if you will, of providing the procedure when the really important thing is we’ve been able to help this young lady get on with her life, planning to go on to school and she doesn’t have to take on the responsibilities of parenting.  Here in just a few minutes we’re able to facilitate her decision to not be a parent.

People generally have become so accustomed to the value-free legal terminology that claims abortion as “termination of a pregnancy” that the murder is effectively screened. Abortion rights language produces tone-deafness to the abortion victim. The public becomes the anesthetized patient, tuning out the reality of a human life being destroyed, the goal of the abortionist’s action.

The message to the public, just as to the mother, is to lie back: “Yes, everything went very well. You were a fine patient. Everything was there. It looks like we recovered all the pieces of your baby who was torn apart in what was no doubt excruciating pain. This ought to help a lot. You will feel much better.”

Every now and then, a news story makes headlines because it too exposes the lie of abortion rhetoric, forcing the general public to question what abortion is – and if it is not murder, why the medical, media, and legal whitewash? Because he faced a murder charge (a fact not altogether clear in many of the news stories that received national attention) John Welden put a face on the nature of the action called abortion and exposed the inconsistency of abortion logic, as well as of a flawed justice system that fails to consistently level a charge of first-degree murder for destroying the life of a pre-born child.