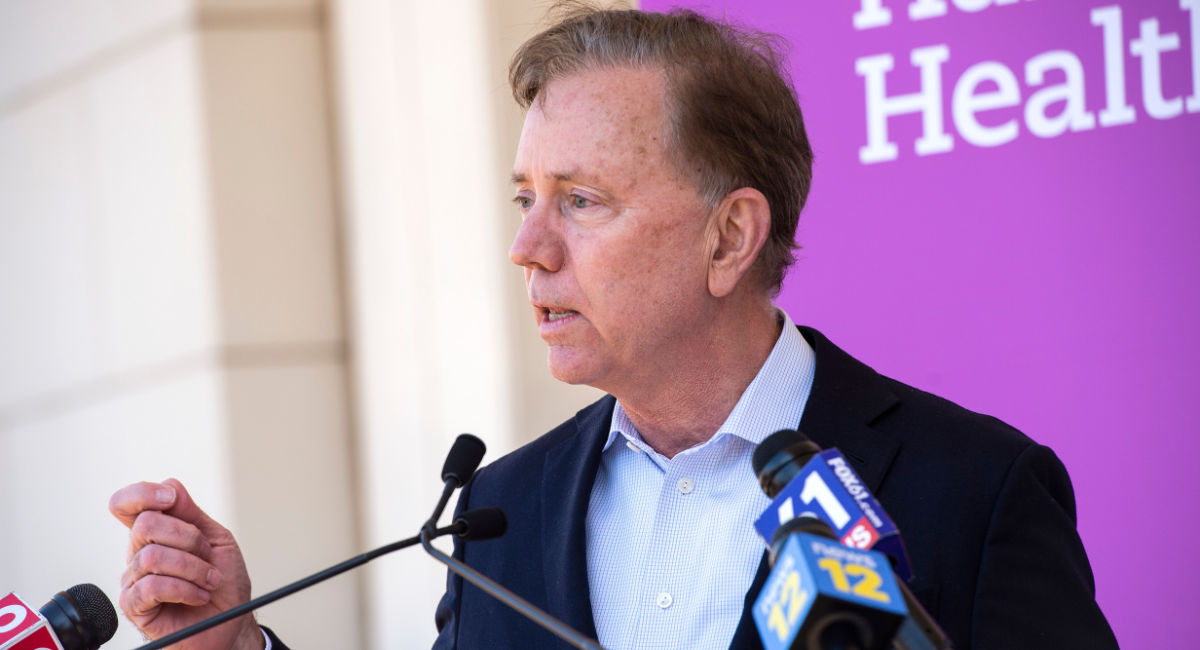 A bill strengthening abortion access in Connecticut has passed the state House, with Governor Ned Lamont pledging to sign it if it passes the Senate. The bill, HB 5414, would protect abortionists in Connecticut who participated in some way in abortions in other states where such an action is illegal. It also allows non-physicians to commit some surgical abortions.

Lamont and other supporters of the bill say it is necessary as other states pass pro-life protections for preborn human beings. The Supreme Court could also potentially overturn Roe v. Wade later this year, which is a concern for Lamont.

“We thought that women had the full range of reproductive choice, going back to Roe v. Wade, going back 50 years when I was young,” Lamont said in a press conference. “And it’s incredible that it’s back on the front burner. It’s incredible that the Supreme Court will make the decision that could fundamentally change a woman’s right to choose. A majority of the states across the country already have bills passed or about to be passed that would virtually outlaw a woman’s right to choose — and we’re not going to let that happen in Connecticut.”

A last-minute amendment allowed for HB 5261, an originally separate bill that allows non-doctors to commit first-trimester surgical abortions in Connecticut, to be added to HB 5414. This will expand access to abortion while making it more dangerous for women as research shows that abortions carried out by non-physicians have a higher incidence of complications than those committed by doctors.

Christopher C. Healy, a spokesman for the Connecticut Catholic Conference, argued fiercely against the supposed need to allow non-physicians to commit abortions. “A midwife is supposed to bring children into the world, not exterminate them. We can only pray for these people. Why do we need more people in the abortion business? It has to be done with trained people,” he said outside the House chamber. “Since 2008, eight abortion clinics have closed in our state. Why is this legislation needed so urgently if the number of clinics is shrinking — more than likely due to shrinking demand?”

The amendment also made changes to the portions of the bill that would have made Connecticut a safe haven for abortionists who commit illegal abortions in other states. The bill was amended to state that part of the abortion or securing of the abortion must have occurred in Connecticut — such as wiring money from someone in Connecticut to a person in Texas to facilitate a banned abortion procedure in Texas. The bill no longer allows a criminal abortionist in one state to simply flee to Connecticut for protection, according to the Family Institute of Connecticut, however, it still allows for the abortionist to attempt to collect damages such as attorney’s expenses and other monetary damages in the amount of the judgment in the other state.

In addition, an anonymous source told Live Action News that there is concern that a section of the bill removes the governor’s ability to extradite a criminal for an act committed in Connecticut that is illegal in another state. This could ultimately work to protect groomers, sexual abusers, and sex traffickers though it is designed to prevent the extradition of an abortionist for committing an abortion that is illegal in another state.

After debating for two hours, HB 5414 passed in an 87-60 vote. Though it passed largely along party lines, there were some surprising responses. Fourteen Democrats, including 10 members of the Black and Puerto Rican Caucus, voted against the broad expansion of abortion, while seven Republicans voted in favor — including “Rep. Laura Devlin of Fairfield, the GOP candidate for lieutenant governor,” according to the CT Mirror.

The CT Insider notes that Rep. Treneé McGee, a Black woman, was one of the Democrats opposed to the bill, noting that in her community, “reproductive rights” — i.e., abortion — is not needed, unlike the need for better education and opportunities for people of color.

In a press conference, Planned Parenthood celebrated the bill’s passage. “Abortion access is on the line,” Amanda Skinner, a nurse-midwife and chief executive officer of Planned Parenthood of Southern New England, told reporters. “Connecticut must be a state where abortion care is acceptable without shame, stigma or fear. The urgency of this moment is clear. … Planned Parenthood won’t give up. We’re in this fight today, tomorrow and for the next 100 years to protect every person’s right to safe, legal abortion because abortion is health care and health care is a human right.”

Though abortion advocates argue that expanding abortion, by allowing non-physicians to commit the violent procedures, will give women access to “safe” abortions, this is not necessarily true. A 2013 study from the Ryan Residency abortion training program at the University of California San Francisco found abortions committed by non-physicians are more likely to end in complications than those committed by physicians.

With first-trimester aspiration abortions, which is what non-physicians will be allowed to commit in Connecticut, the most common complication was incomplete abortions, meaning parts of the preborn baby are left inside his mother’s body, which can lead to life-threatening infection and death.

Editor’s Note 4/20/22: Updates were made to this article to reflect information on the bill’s amendment.